PETITION UPDATE: We Are One Step Closer to Ending Dog Meat in Gimpo, S. Korea 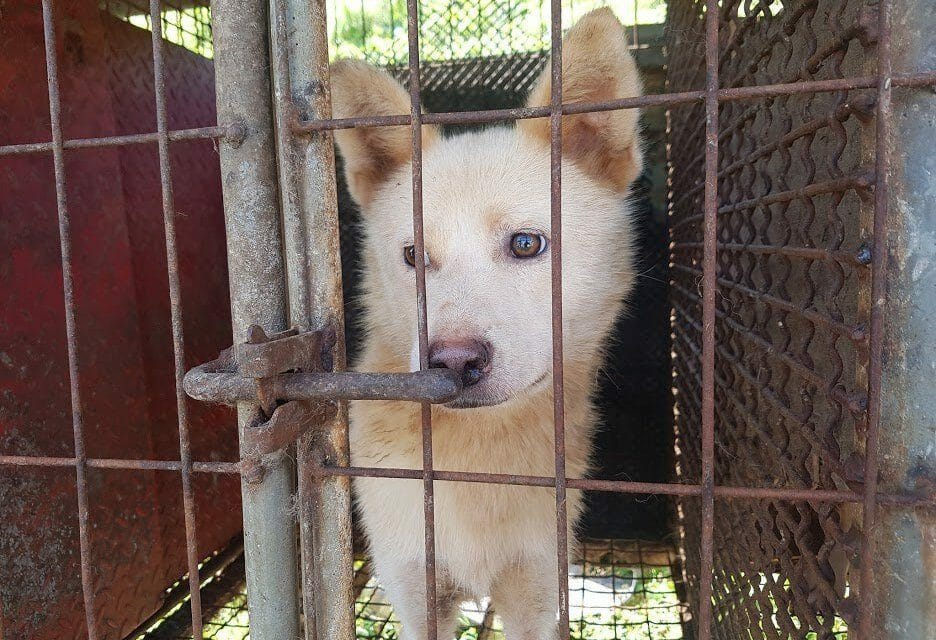 Lady Freethinker’s petition to end the horrific dog meat trade of Gimpo, S. Korea — known as the “Valley of Dog Meat” — has reached the hands of Mayor Ha-young Jung, delivered by LFT partner Save Korean Dogs along with a petition from Koreandogs.org.

More than 40,000 of you signed LFT’s petition, and your voices were heard.

Now, the mayor has requested that city officials create a blueprint to becoming dog-meat free. He also visited a city-owned dog shelter in Yong-in City, because Gimpo does not have one of its own.

We are a major step closer to shuttering the notorious city’s dog meat farms for good. 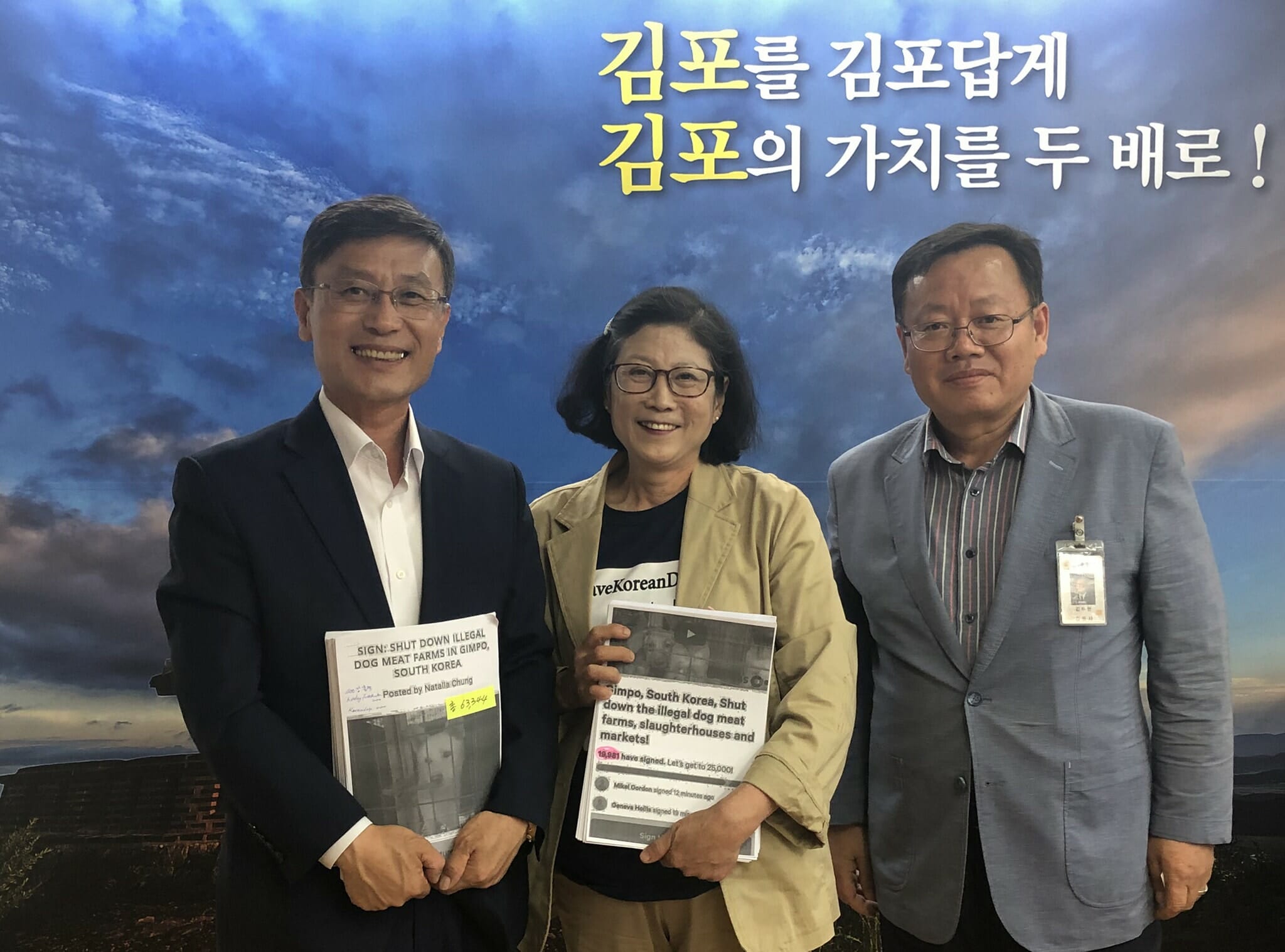 In Gimpo’s cruel and illegal dog meat trade, the innocent animals are forced into cramped steel cages covered in feces. Food and water are scarce. These dogs are robbed at a chance for a normal life and doomed to a terrifying end.

There is a misguided belief that a tortured dog tastes better, because of the adrenaline running through their veins. The dog butchers hang them, set them on fire, or boil them alive. In some cases, other dogs look on in horror and watch their cage companions die.

More than 1 million dogs are slaughtered like this and eaten every year.

Lady Freethinker — in collaboration with Save Korean Dogs — is now running bus ads in the city of Gimpo, sending the message to tens of thousands of people that dogs are family, not food.

No dog deserves to die to become someone’s dinner.

We will keep the pressure on until every dog meat farm is closed.