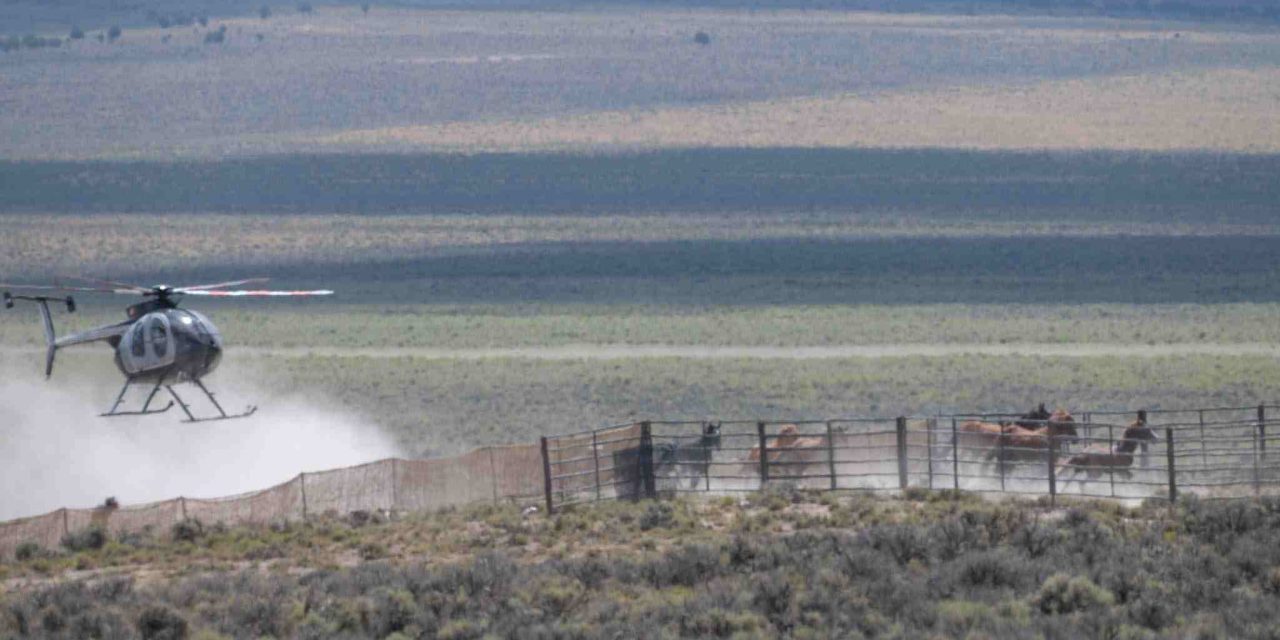 The Bureau of Land Management’s (BLM) National Wild Horse and Burro Advisory Board met this week, and Lady Freethinker (LFT) attended the meeting over Zoom with an urgent message:

During the meeting, LFT Founder and President Nina Jackel told the advisory board that there is absolutely no valid justification to continue these heartless roundups, which claimed the lives of at least 245 wild horses between 2021 – 2022 — many of whom died following broken bones, snapped necks, lacerations, and unexpected heart failure.

This summer, LFT witnessed four horses die within the first four days of the Triple B Wild Horse roundup in Nevada, when a helicopter relentlessly chased the majestic animals in temperatures that reached over 95 degrees. A total 23 horses lost their lives tragically during the roundup, including three horses who died after breaking their necks.

The BLM claims horses are removed in part to protect the “health of our nation’s public rangelands”; however, they still allow 1.5 million cows to graze on federal land, which has an enormously detrimental impact on the planet.

“By continuing to allow livestock to graze, while cruelly and forcefully removing wild horses from their homes, the BLM is showing it’s not actually interested in protecting public rangelands or the welfare of animals,” Jackel said. “I urge the BLM do the right thing and stop the cruel wild horse helicopter roundups.”

You can listen to LFT’s full statement here:

Or read it below:

This summer, Lady Freethinker witnessed horses die at a helicopter roundup in the Triple B complex of Nevada, including a 2-year-old mare who died unexpectedly from respiratory pneumonia and compromised lungs and another horse who fell to the ground after missing the trap.

Deaths and brutal injuries from helicopter-assisted gathers are far too common. Our analysis found that at least 245 wild horses died as a result of the 20 helicopter roundups between 2021 and 2022. Many died following broken bones, snapped necks, lacerations, and heart failure. This death toll doesn’t even take into account the hundreds of horses who died from disease – like equine flu – after being captured and packed into holding facilities, or the horses who were slaughtered after being adopted out through the Adoption Incentive Program and sold at livestock auctions.

Out of the 245 million acres of land the BLM manages, 155 million acres are dedicated to livestock, and just 26.9 million acres are allotted for wild horses and burros. The BLM claims horses are removed in part to protect the “health of our nation’s public rangelands,” but still allows 1.5 million cows to graze on federal land, devastating the environment.

In the West, grazing is the most widespread cause of species endangerment, and damages native vegetation, soils, and stream banks and also contaminates waterways. One report found that livestock grazing on public land in the West emits over 12 million metric tons of carbon dioxide a year, equivalent to the emission of 3.3 million cars.

In contrast, wild horses play an important role in our ecosystem. Research has shown that horses benefit their environment in numerous ways including digging watering holes that benefit other weaker animals and they can help prevent forest fires by consuming dry, fire-prone vegetation over vast areas of the west.

By continuing to allow livestock to graze, while cruelly and forcefully removing wild horses from their homes, the BLM is showing it’s not actually interested in protecting public rangelands or the welfare of animals. I urge the BLM to do the right thing and stop the cruel wild horse helicopter roundups.

If you haven’t already, please take a moment and sign our petition urging the BLM to save horses’ lives and stop the roundups!