PETITION UPDATE: After Being Starved Almost To Death and 636 Days in Boarding, Truman Has Found His Forever Home!

Home » Animals » PETITION UPDATE: After Being Starved Almost To Death and 636 Days in Boarding, Truman Has Found His Forever Home!By Lex Talamo | March 28, 2022 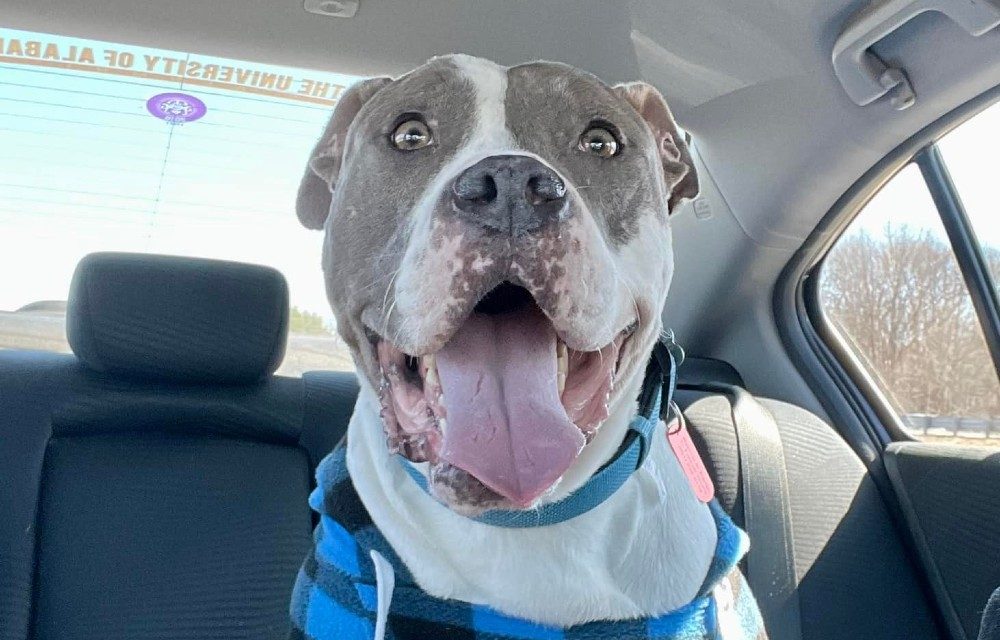 Truman (Courtesy of PAWS of Alabama-Montgomery)

After two brushes with death and 636 days in boarding, sweet dog Truman has found a forever home with a loving family and a canine sister in Massachusetts — and the shelter that hosted him said that Lady Freethinker had a large part to play in that happy ending.

Lady Freethinker published a petition on Truman’s behalf back in 2020, when we learned the sweet dog was found starved to within a few hours of his life before being rescued.

We learned during an update check from PAWS of Alabama-Montgomery that he was still looking for his forever home, and we wrote another story to raise awareness about the dog’s plight.

We were overjoyed to hear from Christine Gude, with PAWS of Alabama-Montgomery, that Truman found his forever home because someone read that story and found a place in their heart — and home — for Truman.

“It was all thanks to you and the follow up story you wrote about Truman back in January/February!” Gude said by email. “Truman’s adopter saw it, fell in love with him, and now Truman is living his best life! We are immensely grateful to you and Lady Freethinker for helping Truman get the happily ever after he so deserves!”

Several readers who read the story also sent in donations, which covered the cost of transporting him to his new home in Massachusetts, with a loving family and canine sister Greta, also a rescued pit mix, Gude said. She and the president of PAWS went to visit Truman in his new home at the end of March and reported that he is doing great.

“He is so happy,” she said. “We couldn’t be happier with the outcome.”

Truman spent two days on the road to get to his new, approved home, where he was greeted with a special meal, a ton of hugs, kisses, and love and an introduction to the family’s other companion dog.

“He’s already enjoying comfy naps on the couch, long walks, and a stylish new wardrobe,” the rescue wrote in a March 22 Facebook post. “It’s hard to find the words to express how much it means to us to see Truman looking so happy, relaxed and comfortable! We wish you the VERY BEST life, sweet boy! You have touched so many hearts!” 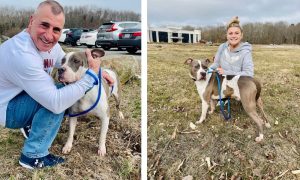 Truman with his new family (Courtesy of PAWS of Alabama-Montgomery)

His new chapter has been much anticipated by many who will now miss him.

“This miracle boy, who has overcome so many odds stacked against him, will be moving to his forever home in Massachusetts as soon as we can figure out the logistics,” PAWS wrote in a March 6 Facebook post. “While it will break our hearts to say goodbye, we couldn’t be more thrilled that he is moving to the best, most deserved chapter of his life journey.” 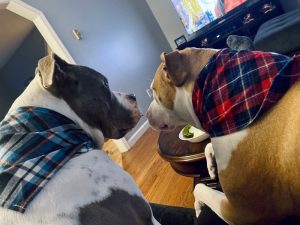 Truman with his new sister (Courtesy of PAWS of Alabama-Montgomery)

Golden Animal Hospital, whose caring veterinarian and staff oversaw most of Truman’s recovery, also hosted a farewell party for the pooch, inviting everyone who cared about Truman to stop by to give him hugs and kisses – and cake.

“Your Golden Animal Hospital family will miss you and loves you very much, Truman!” the hospital wrote in a March 16 Facebook post.

Tallapoosa County, which reportedly opened an investigation into Truman’s circumstances, has not returned multiple emails over the course of two months.

We thank the more than 31,254 people who signed our petition and our hearts are rooting for Truman and his new family! 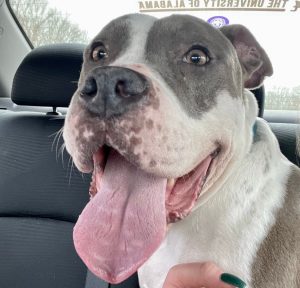 Truman (Courtesy of PAWS of Alabama-Montgomery)