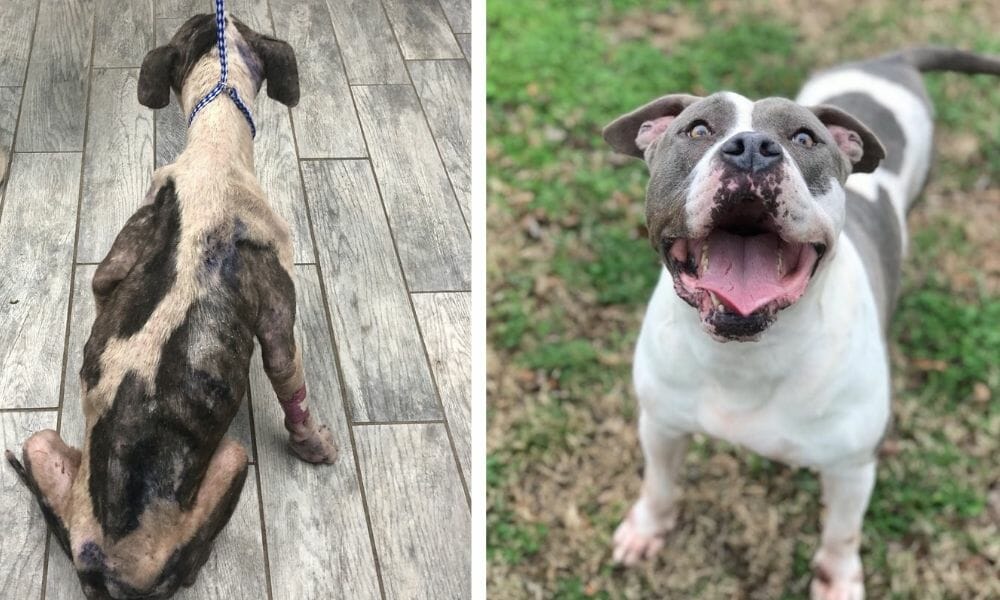 (Photos Courtesy of PAWS of Alabama)

Truman, a sweet pit bull mix who had been kept chained and reportedly starved down to within hours of his life by his Alabama owner, is still searching for a forever home more than a year after a courageous rescuer and dedicated veterinary and shelter staff brought him back to life.

He’s a happy and energetic boy who loves people, said Chrissy Gude, the social media manager for Pets Are Worth Saving (PAWS) of Alabama, a small organization that has been caring for him since his rescue.

But his designation as a “special needs dog” due to conditions caused by the brutal, prolonged treatment he endured seems to be scaring adopters away, she added.

Truman’s case is exceptionally sad given that he is completely capable of being a loving and joyful addition to a home and is what Gude classified as “actually a low maintenance dog” as well as a miracle dog who escaped death not just once, but twice.

“We keep hoping the perfect person or family will see his story and fall in love with him,” Gude said. “But we have been unable to find a forever home for him.”

Truman became critically ill in June 2020, after months of being chained outdoors with little or no food and water in Reeltown, Alabama. A caring neighbor who had repeatedly asked Truman’s owner to help the dog finally received permission to take Truman to a vet.

The staff at Golden Animal Hospital in Pike Road rushed Truman – who was filled with worms, emaciated, missing fur, scarred, and suffering from eye infections –  into emergency care, including a blood transfusion, with little hope that he would survive.

“He’s truly a miracle,” Gude said. “I don’t think anybody had any hope that he would pull through, but as long as he wanted to fight, we were there fighting with him.” 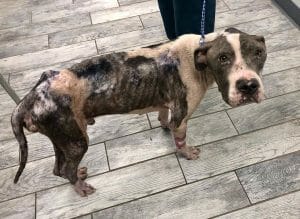 Truman when he was rescued (Photo Courtesy of PAWS of Alabama)

“Despite how horribly he was mistreated, he came right up to me with his tail wagging and gave me some puppy kisses,” PAWS of Alabama wrote in a June 22 post. “He is an incredibly gentle, loving boy.”

That was Truman’s first escape from death, Gude said.

His road to recovery was long, with months spent in the veterinary hospital as caring staff carefully monitored him. He improved, getting stronger each day, until August 2020, when his condition rapidly deteriorated and he started having trouble breathing and walking, Gude said.

Staff at an emergency veterinary teaching hospital that evaluated Truman passed down a grim diagnosis stemming from a host of problems, including a pelvic fracture from an old hip injury that hadn’t healed, a crushed femoral head, anemia, and a heart murmur that Truman could have been born with or that could have been caused by his severe and chronic starvation and neglect.

“We were all devastated,” Gude said. “The month he was at Golden [Animal Hospital], he had created such a bond with all the kennel workers and staff. We all loved him.”

Heartbroken, Truman’s caregivers gathered around him for a celebratory send-off, treating him to his favorite foods and lots of hugs. But then the hospital’s vet said he wanted to try a few additional treatments, Gude said.

Truman wanted to live. He responded well to the treatments and escaped death a second time. That’s when staff started referring to him as #TenaciousTruman. 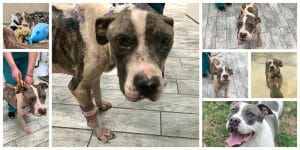 Truman spent several more months recovering in medical boarding, where staff could keep a close eye on him. With each day, he got a little stronger.

Today, an outside observer might never know his sad story as Truman – who is now about six years old and a “big boy” at a healthy 68 pounds – loves to zip around a yard, play with toys, and snuggle up, just like any other dog, Gude said.

“Now you don’t even know he has these injuries,” she said. “He runs. He plays. He’s not even currently on any medications for his heart, although he might need them in the future.”

Truman is affectionate, but not needy, Gude added.

“He’s very independent,” she said. “When he goes outside, he really just wants to run free, probably because he didn’t have that ability the first few years of his life. If he wants affection, he will come up and look at you.”

Gude said that a perfect home for Truman would be one with a big backyard, where he could run and play, and where he would be the only animal in the home; she said he’s afraid of other dogs, which may come from having been chained and unable to defend himself for most of his early life.

Truman has never shown any signs of aggression, but because of his size would do best in a home without small children. He’s been around older children and done great, Gude said.

Truman is vulnerable to skin conditions, as is common with his breed – the solution for which is a monthly bath with a medicated shampoo. He needs to be taken to a vet for heart monitoring every six months, and he may in the future need to take daily heart medication, which Gude says would be a pill that is easy to administer.  He’s also on a special diet to address his skin sensitivity issues, she said.

“He’s not a high maintenance dog,” she said. “He’s actually probably a lower maintenance dog, because he needs a calmer environment.  An adopter should know that it’s not a huge financial commitment [to take care of his special needs]… they would need to be willing to buy the shampoo, take him to the vet a couple times a year, and purchase his diet.”

PAWS of Alabama’s adoption process is standard: Potential adopters fill out an application, then rescue staff conduct a background check and evaluate whether the home environment and the adopter’s lifestyle and personality are a good fit, followed by a $150 adoption fee if there’s a match.

Truman’s future adopter also will get a one-on-one phone call, to answer questions and ensure that they have a good understanding of Truman’s needs, Gude said.  PAWS of Alabama, which is a no-kill rescue, also will always take back an animal should any unforeseen circumstances arise.

“We take them back for whatever reason,” she said. “We don’t want them dumped, abandoned, given away or taken somewhere else. In the event that something would happen, we want them to come back to us.”

Gude said Truman, and all those who have helped him on his journey, are still holding out hope for a happy ending. Although he graduated out of medical boarding a long time ago, he’s remained in boarding, she said.

“He’s been in boarding since we’ve gotten him, and we just want him happy, in a home environment,” she added. “It’s finding someone willing to put in the time and care, rather than a massive expense.”

People who might not be able to give Truman a good home but who are touched by his story can also sponsor him via donations through PAWS of Alabama’s Facebook fundraisers, the website, or a check.  Donations can be marked with Truman’s name to ensure they go toward his continuing care, vet checks, and recovery, Gude said.

We thank the 31,000+ people who signed our petition demanding a thorough investigation for Truman. We’re continuing to check in for updates on the criminal end of his case and also will continue following his story. 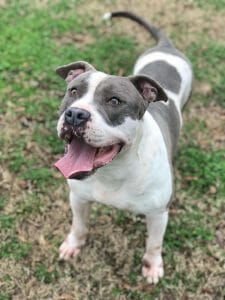 (Photos Courtesy of PAWS of Alabama)