PETITION UPDATE: A Happy Home for Horus, Dog Chained at Beach And Left To Drown 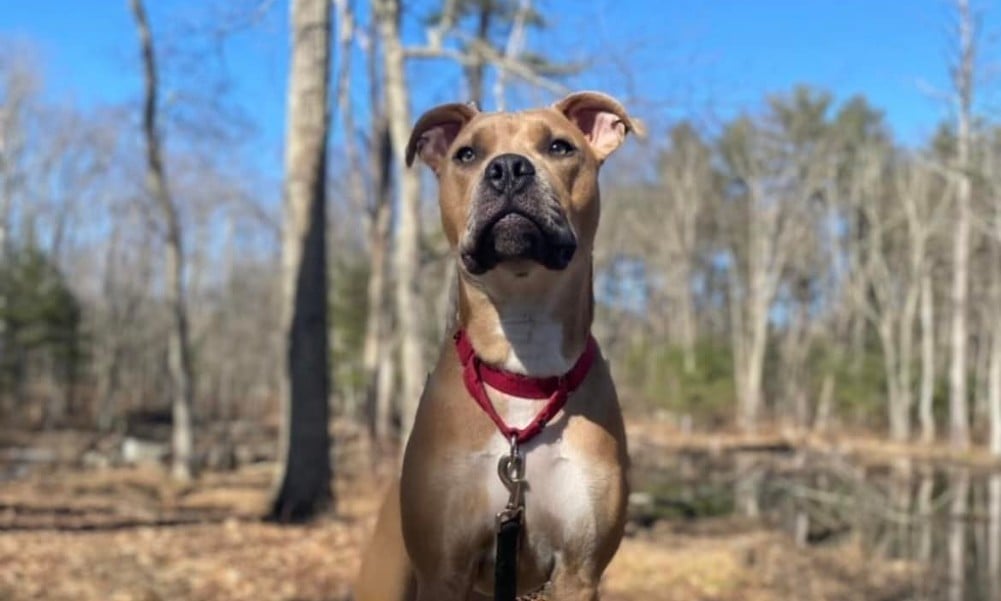 A sweet dog inaptly named “Killer” who could have drowned to death while left chained on a Massachusetts beach has found a new, happy forever home – and a much more fitting name.

Now named Horus, after the Egyptian sky god, this sweet pitbull captured the heart of new pet parent Bobby Shannon, who picked him out of the lineup of adoptable dogs from the Sweet Paws Rescue.

“He had a rough start to his life but he is doing amazing now,” Shannon told the Fall River Reporter. “He is very smart, doing well with his training, and loves hikes.”

Massachusetts State Police (MSP) Trooper Carlo Mastromattei first discovered Horus on Short Beach in September 2021. The 50-pound dog had been chained in an area frequently submerged during high tide on a secluded stretch of the beach.

Mastromattei rescued him, and the police then handed the dog over to the rescue, where Horus recovered while awaiting his forever home.

The law enforcement agency said they are grateful that Horus’ story took a happy turn.

“After being victimized in that despicable crime, thanks to the people who cared about him, life began to get brighter for this beautiful animal,” MSP wrote about the outcome. “We found Horus on his worst day. Now all of his best days are ahead.”

Police arrested Revere resident Elias Pacheco-Osario in connection with the crime. Pacheco-Osario pleaded not guilty to the charge of animal cruelty at his last hearing in the Chelsea District Court, with proceedings still underway.