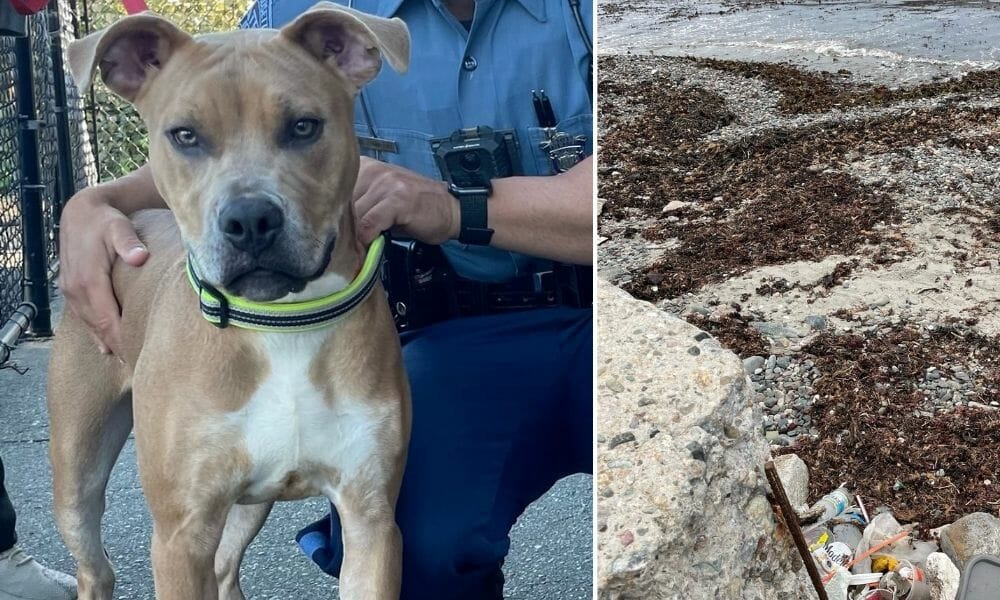 UPDATE (6/1/2022): We are happy to report that this sweet dog has found a happy forever home with a loving adopter. Meanwhile, Elias Pacheco-Osario has pleaded not guilty to a count of animal cruelty in Chelsea District Court. We’ll keep watching this case. —Lady Freethinker Staff

A pit bull named Killer nearly drowned after his owner chained him to a steel rod embedded in cement at the edge of a Massachusetts beach and then walked away — abandoning him “to the mercy of the next high tide.”

State and local police who responded to concerned calls about the cruel situation found the dog chained in a secluded section of the beach that typically is completely submerged at high tide each day, according to a police statement.

As he was chained to a steel rod, with no possible means to escape rising water, Killer could have been dead within hours if authorities did not find him.

This appalling and intentional act of senseless cruelty must be taken seriously.