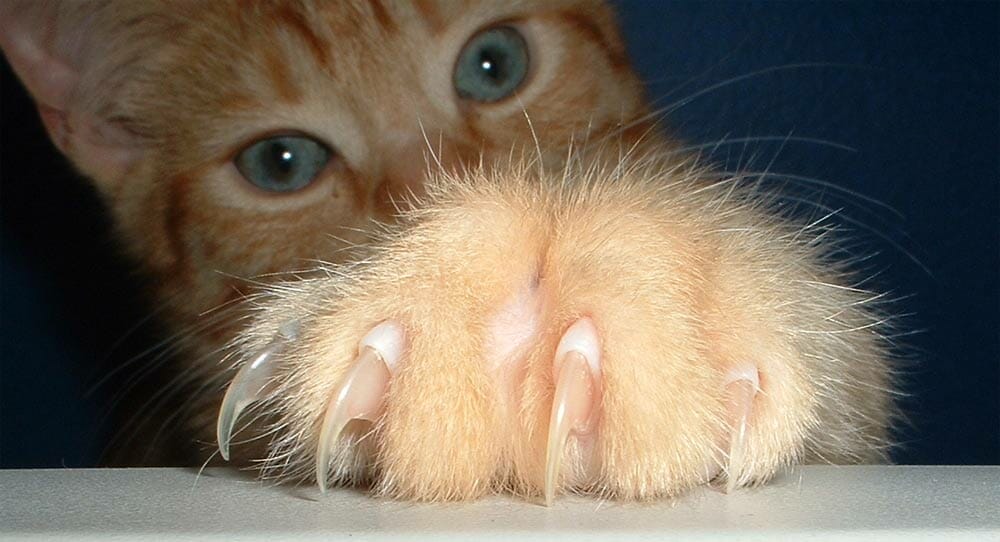 Under the new law,anyone who performs a declawing procedure for any reason other than medical necessity will be subject to fines of up to $1,000.

“Declawing is a cruel and painful procedure that can create physical and behavioral problems for helpless animals, and today it stops,” Governor Cuomo said in a statement. “By banning this archaic practice, we will ensure that animals are no longer subjected to these inhumane and unnecessary procedures.”

The implementation of the new law is a hard-won victory for animal rights activists, who fought for years to ban cat declawing in New York and compare the practice with mutilation.

Cat declawing is typically done out of convenience, as a way to stop cats from scratching furniture. Many people who resort to the procedure are unaware of what it entails, according to Peter Soboroff, owner and director of the New York Cat Hospital in Manhattan.

Declawing, also known as onychectomy, involves removing all or most of the last bone of each front foot’s toes. Tendons, ligaments and nerves are severed, disrupting the normal functioning of the paw.

“Even with our best efforts, there’s no question this is a painful surgery,” Soboroff stated in an interview with NPR.

“They can have trouble scratching in a litter box or cleaning themselves, their posture is thrown off and in severe circumstances, it leads to permanent back pain,” Lisa Alter of the Long Beach, NY Humane Society and Kitty Cove Adoption Center explained to NPR.

Most veterinarians applaud the new law, including Soboroff, who pointed out that there are painless alternatives to declawing, such as the use of nail caps, as well as patience and training. She hopes this law will set an example for others.

New York is the first state in the US to outlaw the procedure, but onychectomy has already been banned in many European countries, as well as several Canadian provinces and U.S. cities, such as Denver, San Francisco and Los Angeles. In addition, anti-declawing bills have been introduced in other states, including Massachusetts, New Jersey, Rhode Island and West Virginia.