New York Could Become the Next City to Ban Fur 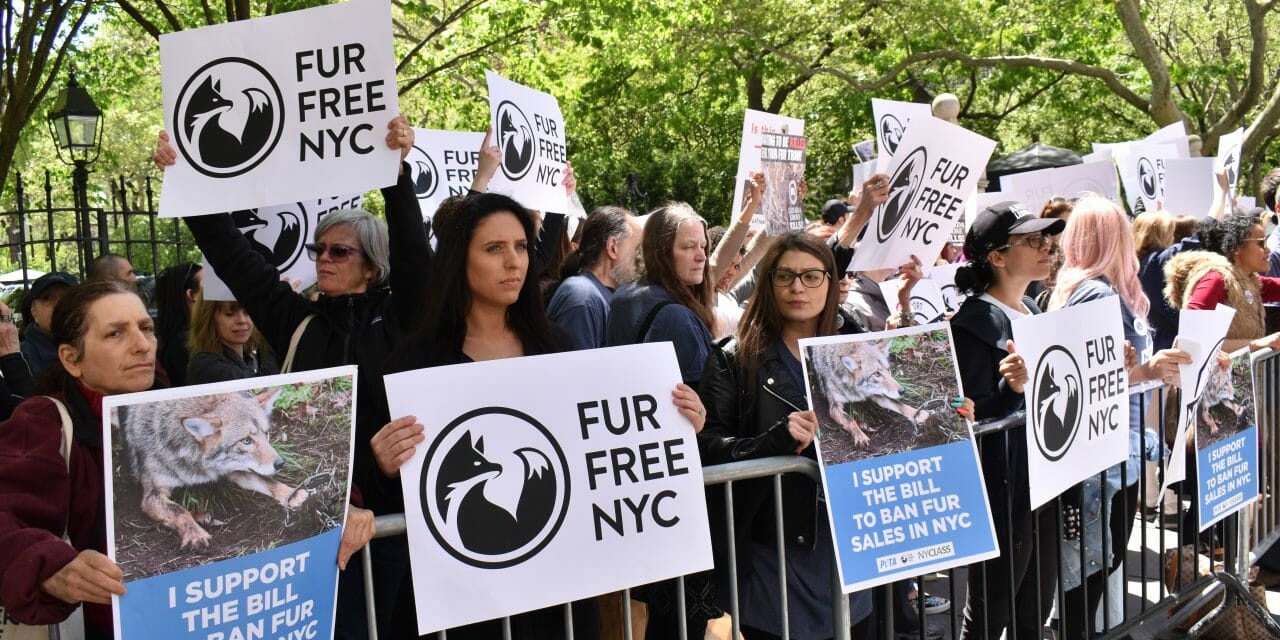 The New York City Council hosted a hearing on May 20 regarding a proposed fur ban introduced by Council Speaker Corey Johnson.

As part of the Fur Free NYC Coalition, spearheaded by New York-based Voters for Animal Rights (VFAR), Lady Freethinker Founder and President Nina Jackel was one of those testifying in support of the ban, which would help prevent the unnecessary suffering of animals due to the cruel fur trade. 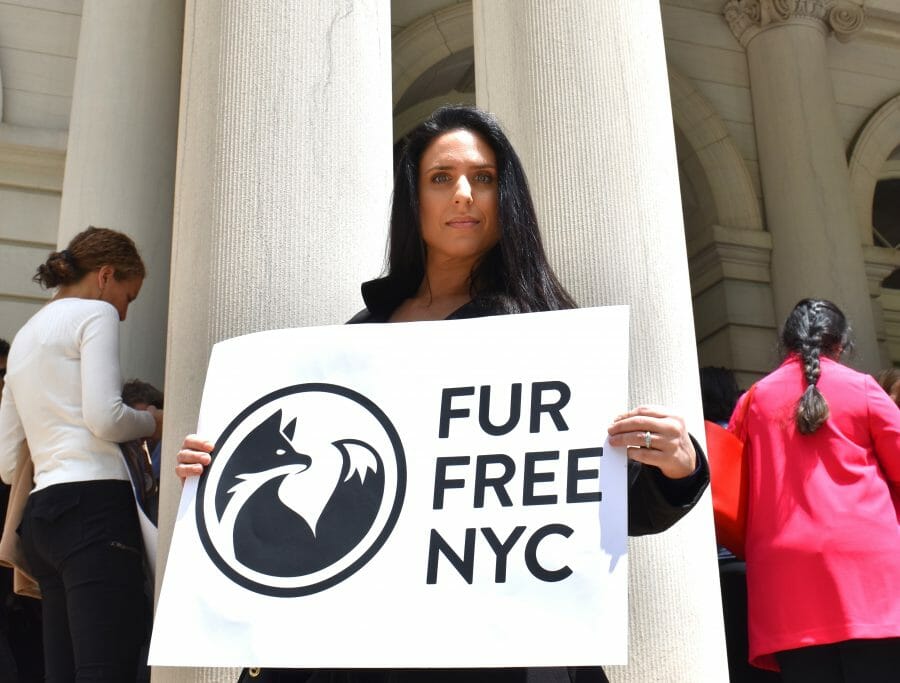 Bill No. 1476 would make it illegal to sell fur apparel, footwear and other accessories throughout NYC’s five boroughs. However, it would still allow used fur to be sold and old fur clothing to be reconditioned into new apparel. Fur could still be worn, and fur garments manufactured for religious custom would be exempt from the ban.

Although other cities such as Los Angeles and San Francisco have already approved similar bans, New York City is the country’s largest fur retail market.

By passing this bill, New York will finally move on from the cruel and archaic practices involved in trapping or breeding animals for their coats.

“As an animal lover, I think it is cruel to kill an animal for the sole purpose of people wearing a fur coat,” said Johnson. “In a progressive city like ours, we need to take steps to protect animals. This proposal reflects an ever-growing consensus in the fashion industry that the use of fur is not ethical, and world-famous designers, including Donatella Versace and Diane von Furstenberg, recently said they would stop using fur in their collections. Banning the sale of fur in New York City is long overdue.”

The bill was introduced in March, and if approved, would take effect from January 2021. However, there is no word yet on when it will go to the City Council for vote. Mayor Bill de Blasio has expressed tentative support for the concept of a ban, according to the New York Times.

The proposal is still in the early stages, and it is not yet known how much support it will garner in City Hall; however, celebrities such as actress Anjelica Huston, fashion guru Tim Gunn and singer Morrissey have all pledged their support.

“There is so much violence in the world beyond our control, so let’s eliminate whatever cruelty we can — especially when it’s for something as unnecessary these days as fur,” said Huston. 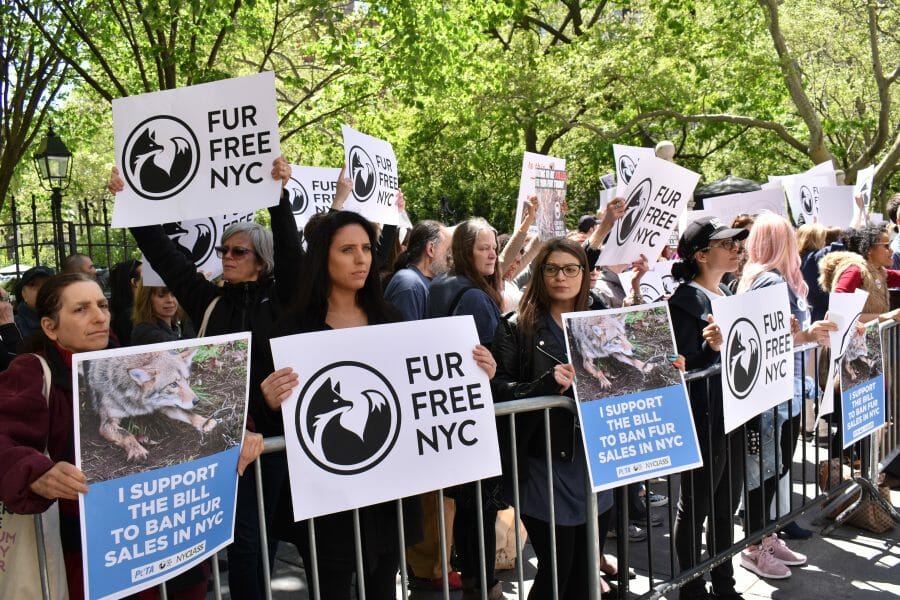