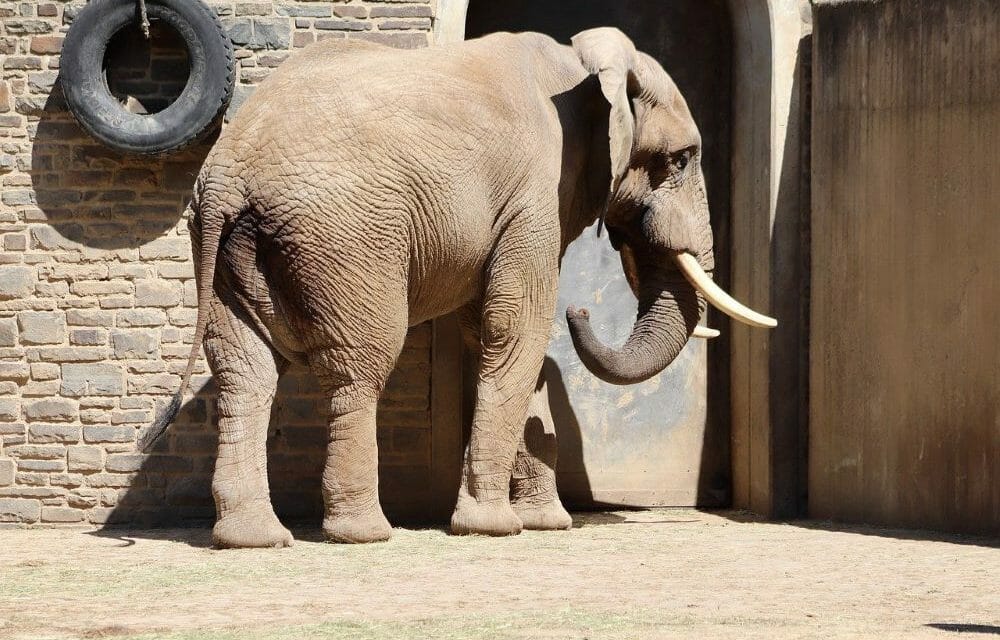 People who involuntarily spend more than 10 days in solitude have demonstrated psychological distress, including panic attacks and hallucinations, as well as declining physical health, according to National Geographic. Captive elephants kept in solitary enclosures also may suffer similarly, according to a recent review of scientific studies by Neurophysicist Bob Jacobs.

Jacobs, who has studied both animal and human brains and currently works at Colorado College, said mammals have “the same basic blueprints.”

“From everything we know about the brain, there’s no reason to think that an elephant brain would react any differently to solitary confinement than a human brain,” Jacobs said.

Elephants are among the most intelligent and sociable of animals. They live in families, protect their young, grieve their dead, and even show evidence of possessing “a theory of mind,” Jill Lapore wrote in The Atlantic.

Yet captive elephants, including several who live in the United States, reside in barren enclosures, far from their own kind and any meaningful enrichment.

Asha the elephant has lived alone for the past 30 years at a small roadside zoo, confined to a barn and three “yards”:  a 90 by 40 foot grass lot, a dirt patch, and the space where she is forced to give rides to children for $15, according to National Geographic.

Asha’s owners insist she is happy and loved like a family “pet”, but a veterinarian who observed her told National Geographic that the elephant seemed “unstimulated” and “detached.” He also reported she swayed back and forth and shifted weight off certain limbs, which could possibly indicate arthritis or joint disease — both common in captive elephants.

While Asha might live alone, she is not alone in her circumstances. The 40-year-old African elephant is one of at least nine captive elephants living solitary lives at roadside attractions in the United States.

The stresses of captivity change the brain and can cause elephants and other intelligent, social nonhuman animals to develop “zoochosis,” a state of severe psychological distress that can manifest in repetitive, pointless behaviors rarely seen in the wild, said Jacobs.

For captive elephants,  long-term isolation can trigger pacing, head bobbing, rocking, or swaying, among other repetitive behaviors, according to existing studies.

“The more evidence you look at, the more you have to come to the conclusion that it is not ethically justifiable to keep these animals in captivity,” Jacobs said.

But keeping elephants alone in small enclosures for the majority of their lives —by themselves?

“That’s probably about as bad as it could get.”