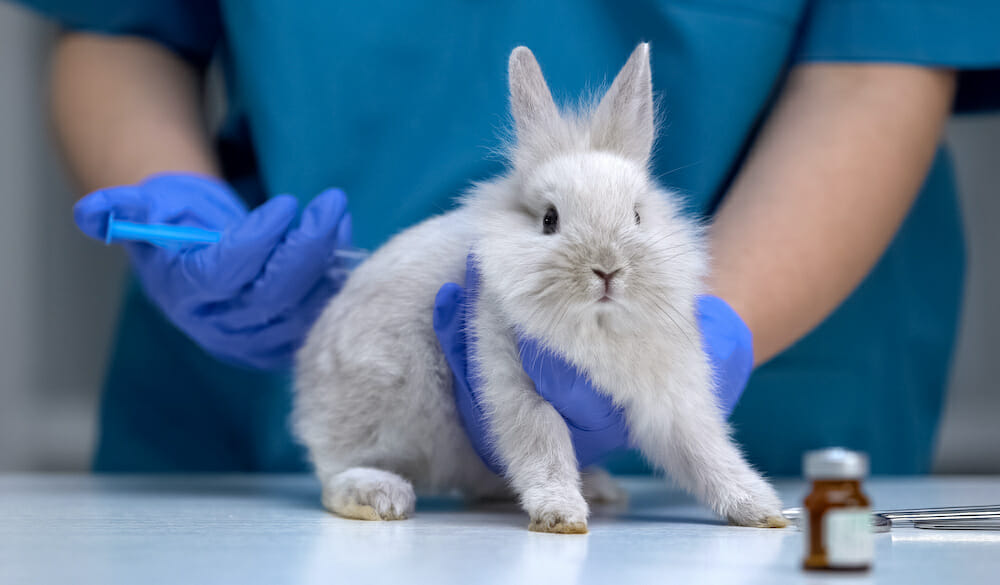 A new federal lawsuit seeks to ensure that animals tested in foreign laboratories that are supported by American taxpayer dollars will receive at least minimum animal welfare protections required by U.S. law.

U.S. law requires that an animal care committee oversee all experiments conducted on animals that are supported by American tax dollars. Congressional mandates require the committees to review those experiments to ensure that scientists consider non-animal alternatives, minimize pain and the number of animals used, and are not pointlessly duplicating previous studies – thus providing minimal protections for animals used in labs.

Congress also requires the committees to routinely inspect laboratories, and to shut down experiments that aren’t complying with approved protocols.

The National Institutes of Health (NIH), a federal agency that oversees biomedical research involving animals, created an unlawful exemption to those animal care rules established by Congress when it encouraged – rather than mandated – foreign scientists to follow the same animal care rules or reporting requirements as U.S. based labs, according to the lawsuit, which was filed in the U.S. District Court in the District of Columbia by firm Advancing Law For Animals on behalf of nonprofit White Coat Waste (WCW).

Attorney Vanessa Shakib, representing WCW, said in a press release that the NIH “does not have unfettered power” and “cannot contradict the plain words of a law passed by Congress.”

“This litigation is important to help protect animals suffering in foreign labs at taxpayer expense, as well as to safeguard the separation of powers that is fundamental to our system of government,” Shakib said.

The lawsuit alleges that the exemption – referred to as the “Foreign Animal Lab Loophole” – gives an unfair advantage to the 353 foreign labs, in 57 countries, that are eligible for an estimated annual $20 billion from taxpayer-supported NIH funds and who can conduct their experiments at a “discount” given that they don’t have to take steps to ensure the minimal standards of animal welfare currently required by U.S. labs.

Because several foreign countries – like Tunisia – don’t have any laboratory animal protection laws, animals used in research overseas can suffer horrifically without any oversight or reporting, and experiments can be conducted that would never be approved in the United States, according to the lawsuit.

The loophole therefore “unlawfully imparts lesser animal-welfare standards, reduces oversight and transparency, and lowers cost for foreign recipients of taxpayer funds,” according to the lawsuit.

The lawsuit seeks for a federal judge to vacate the loophole and thus require foreign labs to adhere to the minimal animal care and reporting requirements established by Congress.

A recent poll conducted by Lincoln Park Strategies of 1,000 U.S. taxpayers reported supermajority, bipartisan support for holding foreign labs accountable to the same standards as required of U.S. labs, according to WCW.

The federal government has not yet filed a response in the case.