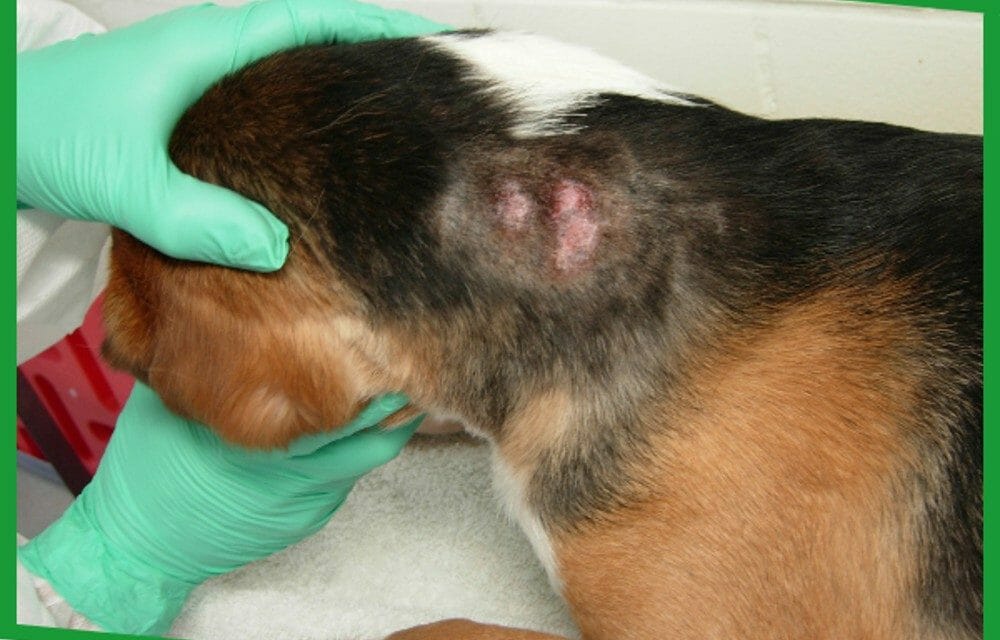 Beagle abused in painful experiments in a NIH lab (Photo obtained by WCW via FOIA.)

Congressional leaders are demanding answers from the National Institutes of Health (NIH) about millions of taxpayer-supported dollars spent on experiments where dozens of beagle puppies were poisoned and killed, following a recent exposé from the White Coat Waste Project (WCW).

The exposé, citing documents obtained via Freedom of Information Act requests, identified 44 beagle puppies aged 6 to 8 months who were force fed an experimental drug, and then killed.

Some of the dogs had their vocal cords slashed — via a surgical procedure called a cordectomy — to minimize noise levels in the lab during the experiments, according to the documents.

The experiments reportedly cost taxpayers $1.68 million dollars, according to WCW.

The Food and Drug Administration (FDA) currently requires drugs and medical treatments to be tested on animals — an outdated mandate established in 1938 that’s increasingly criticized by scientists and animal advocates alike. That mandate, however, does not require that treatments be tested on dogs.

In response to the WCW report, 24 legislators — spearheaded by animal lover Rep. Nancy Mace (R-SC) — sent a bipartisan letter of “grave concerns” to the National Institute of Allergy and Infectious Diseases (NIAID) saying the cordectomies were “cruel” and a “reprehensible misuse of taxpayer funds.”

Yesterday, I sent a letter to Dr. Fauci regarding cruel, taxpayer-funded experiments on puppies; debarking before drugging and killing them. Thankful to my 23 democrat and republican colleagues who signed on. This is disgusting. What say you @NIH pic.twitter.com/c54SXipD9Q

“This cruel procedure — which is opposed with rare exceptions by the American Veterinary Medical Association, the American Animal Hospital, and others, seems to have been performed so the experimenters would not have to listen to the pained cries of the beagle puppies,” they wrote.

The exposé also has caused outrage for Americans, regardless of their political persuasion, said Justin Goodman, WCW’s vice president of advocacy and public policy.

In a previously published statement, NIAID said that the cordectomies were to “reduce noise, which is not only stressful to the animals but can also reach decibel levels that exceed OSHA allowable limits for people and can lead to hearing loss.”

NIAID repeated this statement to LFT, saying, “The dogs were housed indoors in a facility accredited by the Association for Assessment and Accreditation of Laboratory Animal Care, and the cordectomies were performed to reduce stress to the animals.”

But the agency sidestepped inquiries about whether other, more humane alternatives had been considered prior to brutally cutting the animals’ vocal cords.

NIAID said that research grant applications include written descriptions of laboratory animal use and why research goals “can’t” be accomplished with an alternative method.  The studies then go through an NIH peer review process, and once designs are approved, undergo additional evaluation by an institutional review  committee, NIAID said.

The 24 legislators have demanded that NIAID present them with a report by Nov. 19 detailing how many tests involving dogs NIAD has funded and at what cost, why NIAID is using dogs, and what non-canine and non-animal alternatives the agency has explored.

The legislators also want to know whether NIAID has looked into adopting out dogs used in research, rather than killing them.

“I want to get as much information as possible and then figure out a way we can prevent this from happening again in the future,” Mace said.

NIAID told LFT that the agency has received the letter and plans to respond.

It’s not the first time that WCW has exposed cruel experiments on beagles, a docile breed preferred by experimenters because of their kind and trusting nature.

In 2016, WCW exposed experiments where scientists strapped parasitic sand flies to beagles to study leishmaniasis. They allowed the insects to feed on the dogs for 22 months before killing and dissecting the dogs at an NIH lab in Bethesda, Md. The experiments reportedly cost $18.4 million.

WCW followed up with a report about more parasitic fly experiments at the University of Georgia, where beagles were drugged and infested to test a drug that reportedly had already been tested in other animal models, including mice, gerbils, and macaques, according to WCW. Those experiments reportedly were funded with a $424,000 grant.

Then, in August of this year, WCW exposed a $375,800 grant to a lab in Tunisia, where the nonprofit says the NIH had no oversight. The report featured photographs of beagles with their heads ensconced in mesh boxes filled with flies from a study about vaccine research for leishmaniasis, a rare tropical disease carried by phlebotomine sand flies.

The study was published in the online journal PLOS Neglected Tropical Diseases, which NIAID has told media “mistakenly cited support from NIAID.”

“NIAID did not support this specific research shown in the images of the beagles being circulated,” the federally-funded agency said in a statement.

Instead, NIAID said the agency had funded experiments carried out on dogs in an “enclosed open space.”

That procedure involved dogs locked in cages in the desert for nine consecutive nights as “bait” for hungry, disease-carrying sand flies during high sandfly season, according to the FOI documents obtained by WCW.

The issue is bigger than the single image that’s being disputed, Goodman said. 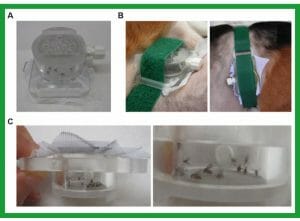 Images from beagle experiments conducted by the NIH exposed in 2016. (Photos obtained by WCW via FOIA.)

Regarding the other exposés, NIAID told LFT that “dogs were the necessary animal model for research” in the 2016 study; they similarly said that dogs were a “natural host” in the experiments at the University of Georgia regarding vaccine development for disfiguring and debilitating disease.

Scientists have known for decades that nonhuman animals are not safe, reliable, or effective stand-ins for human biology. It’s why the drug approval process is so costly and long — with an average 10 to 12 years from concept to supermarket shelf, and an average cost to taxpayers of $2 billion per drug– and why 90 percent of drugs approved in animal tests fail once they hit human clinical trials.

Goodman cited that latter statistic in response to NIAID’s statement.

“The NIH itself admits that 9 out of 10 drugs that pass animal tests fail in humans because they don’t work or are dangerous,” he said. “Animal experiments are a dead end, and taxpayers shouldn’t be forced to foot the bill.”

He also condemned the seemingly automatic response to kill animals at the end of most trials.

“For too long, labs have reflexively killed healthy animals at the end of experiments simply out of convenience and callousness,” he told LFT. “If an animal is well enough to live a happy and healthy life after being experimented on, they should be given a chance to be adopted or retired to a sanctuary.”

NIAID said that it supports research involving in vitro assays to screen and identify promising drug products and to evaluate potential drug toxicity to avoid the need for animal testing.

The agency also said that not all animals used in infectious disease trails are automatically killed, and that the final decision lies with the institutions conducting the experiments.

“Animals used in NIH-funded research belong to the grantee institutions and are not federally owned,” NIAID said. “Current federal law does not allow NIH funds to be used to support recipient efforts to adopt or rehome research animals.”

The NIH’s Office of Laboratory Animal Welfare encourages post-research adoption and has provided guidance through a webinar and web resources, NIAID added.

The beagles were killed at the end of the studies exposed by WCW “as detailed in the study protocol and approved by the grantee institutions’ animal care and use committee” and given FDA requirements for tissue analysis, NIAID said.

Experiments at Kansas State University involved 6-month-old female beagle puppies who were injected with a variant of a tick-transmitted bacteria, exposed to hundreds of ticks five days later, and endured the blood suckers for a week before being killed and examined, according to WCW.

The documents divulged the experiments have been ongoing since 2008 — with an estimated up to 138 dogs killed to date — and are scheduled to continue through June 2024, according to WCW.

The dog lab received $536,311 in funding this year alone, and the experiments have cost taxpayers at least $5.6 million since their inception, according to WCW.

The nonprofit also recently learned that 10 beagles were intentionally infected with heartworm larvae, then killed six months later. The experiment has been going on for the past 20 years — costing $6.1 million, with a $382,500 bill in 2021 alone, according to WCW.

Goodman said a recent poll showed that a majority of both Democrats and Republicans — 71 percent and 62 percent, respectively — want to defund wasteful dog experiments.

That’s a major aim of the #Beaglegate investigations, he added.

“Companies and federal agencies should not be forced by outdated FDA red tape to perform wasteful poisoning tests on dogs and other animals when they would prefer to use superior alternatives,” he told LFT.

Editorial Note: This story has been updated to include NIAID’s response.