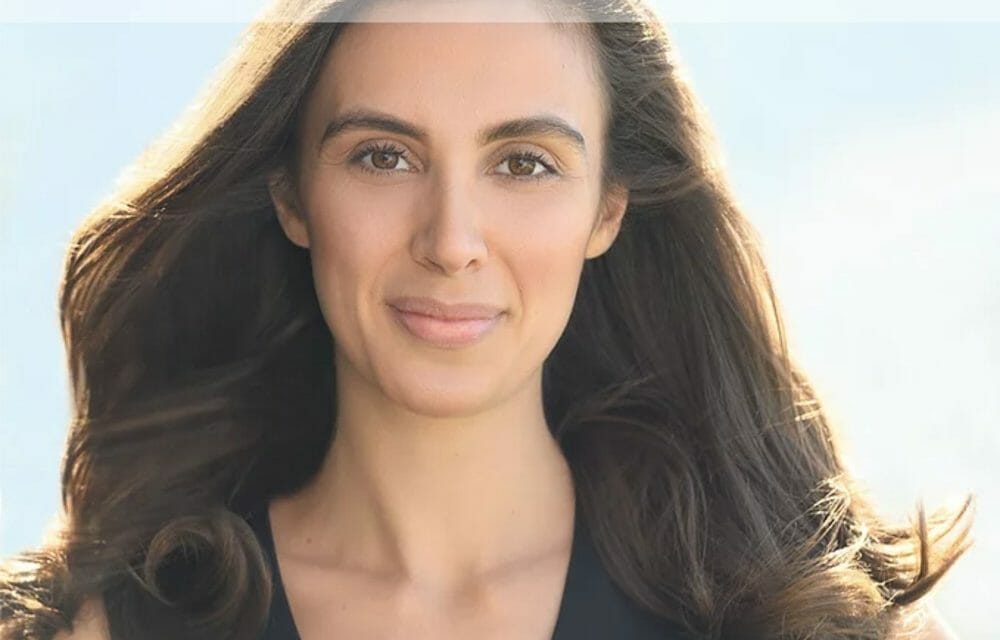 Vanessa Shakib, an animal attorney and founder of firm Advancing Law for Animals, got set on the high-powered path of using litigation to fight for better conditions for animals the day before Thanksgiving, when she was a sophomore in college.

The causes were a friend Shakib described as “an annoying vegan” and a documentary about factory farming.

The next day, Shakib showed up at her family’s holiday feast with a bucket of beans. The newfound passion for animal welfare grew with the years.

After picking up degrees in political science and gender studies from the University of Southern California (USC), getting her law school credentials from George Mason University, and tucking several years as an attorney under her belt, she founded a firm dedicated to challenging laws that harm animals and establishing laws that protect them.

Womxn Funders in Animal Rights, an online platform for female activists to learn from each other and leverage their collective resources, gave Shakib a starting leg up — providing a much needed grant to get her efforts off the ground.

Only three years in, she and her staff already have had significant victories at both the federal and state level.

“To have people believe in us early on, and to be able to deliver for them, really meant everything to me on a personal level,” Shakib told Lady Freethinker.

A Q&A With Vanessa Shakib, Animal Attorney and Founder of Advancing Law for Animals

Tell us more about your journey into animal rights.

It’s been a journey long in the making. About 14 years ago I was a college student. It was the day before Thanksgiving break, and a friend with whom I had reconnected was a super passionate vegan. Admittedly at the time I thought he was very annoying. My friend says, “Please watch this documentary.” I thought, grumble, grumble… but for whatever reason, I watched this documentary. And it was the first time I had faced head-on what we are doing to animals — not simply locally, but systemically, around the world. I had never really looked at it. The next day was Thanksgiving, and I showed up with a bucket of beans. That was the beginning of a passion that would change my life. At the time I didn’t know how big this passion would grow.

Why do you feel like law is such a powerful way to advocate for animals?

There’s a couple layers to that question. Each human is so different; we all have different skill sets, strengths, and weaknesses. When you take that into account, it doesn’t make sense for everyone to do the same thing. We all ought to work to our strengths. I happen to be a very strong litigator, so it made sense to focus on litigation, because that’s where I excel.

The other layer is that of course animals are considered property in our legal system and of course we need new laws and better laws (and that’s going to take time), but the bottom line is we already do have laws on the books that are not being enforced. So I come to this with my litigation hat on and say, “How can I design a creative and strategic lawsuit to get a law already on the books put into effect?”

Talk to us about one of your cases where you’ve fought for animals at the federal level.

We sued the United States Department of Agriculture. That is the federal agency responsible for enforcing the Animal Welfare Act — the law that regulates animals in exhibition (like zoos), as well as laboratories, puppy mills, and fur farms. Enforcement of the Animal Welfare Act is critical, because while it’s not good enough, it’s what we have. Much to the dismay of advocates, the enforcement is simply not high enough.

The USDA was using what we allege to be illegal regulations to give cruel industries a free pass to abuse animals. In essence, these illegal industry-friendly rules were giving a “Get Out Of Jail Free” card for violations of the Animal Welfare Act, even where the violations impacted an animal’s health and well-being, and even in incidences that resulted in an animal’s death.

In a landmark victory in January, we were able to expose these illegal regulations, close loopholes that hurt animals, and there was also a component of our settlement that increased transparency of violations of the Animal Welfare Act.

Those argued illegalities included self-reporting of violations and a “teachable moments” approach that let industries sidestep citations — can you talk to us more about that?

A rule that makes sense is to tell these facilities, “You are required to report all violations of law as a condition of holding a license.” What does not make sense at all and what was happening was that this rule allowed facilities to self-report their illegality, even if it was hurting or killing animals, and as a treat for doing so, get a free pass and not receive any sort of violation for the underlying conduct, no matter what it was. That absolutely does not work; it makes it easier to abuse animals, and when a facility is able to get around a citation, it means that us, the public, can’t go look at their inspection report and understand what went wrong. It makes abuse easier and it helps hide the abuse. That is absolutely unacceptable, and in this case, it was also illegal.

With the teachable moments, the bottom line is that it allows violations of the law to escape inclusion on an inspection report. But there’s a bit of a wrinkle because the teachable moments rule states that it doesn’t apply to instances that would cause distress to an animal. Supposedly it’s only meant to apply to minor, technical noncompliances. The problem is that it was being misapplied in violation of the plain meaning of the rule itself, and it was in fact applied to circumstances where the animal was injured.

Our client, Stop Animal Exploitation Now, his advocacy work uncovered many such instances. In one horrifying example, a laboratory violated the law in operating on a pig; the pig died because of that operation, and the lab received a “teachable moment.”

How do you feel when you win a case like that?

It’s really exciting on so many levels. Our settlement made systemic changes impacting all animals regulated under the Animal Welfare Act. On a more personal level, Advancing Law for Animals is a new organization; we’re now in our third year of full-time operation. We’ve worked so hard to keep the lights on and to keep our work going, so to have a victory at this level has emotionally been so rewarding.

Cases can take a long time to get resolved through the judicial system: How do you find strength to keep going?

You have to be prepared to wait a bit. For a lawyer on the case, the waiting is more tolerable because it is action-packed; you’re either filing motions, or opposing motions, or demanding documents, or fighting for documents.

What’s most horrific for you about what the animals are going through in these situations of industrialized cruelty?

The commonality is you are paying for it, by virtue of paying taxes. The federal government every year is spending billions of dollars in support of animal agriculture and animal experimentation. The true price tag of this is not yet known. As it relates to animal agriculture, the estimates of around $20 billion a year is actually not accurate. We are in the process of a report that will compile a more robust view of how many taxpayer dollars are being spent per year to subsidize animal agriculture.

What’s the momentum on the ground? Do you see people wanting change for animals as sentient beings?

I think there is absolutely interest. Our lawsuit receive press coverage, which to me means that journalists are interested because they know it resonates with their readers. Secondly, we know there is a growing interest based on polling. In 2018, PEW did a survey that found more than half of adults in the United States oppose the use of animals in research. And that is a number that is growing.

Why is collaboration and collective action so important for the animal rights movement and making positive change?

Team work makes the dream work. That sounds lame and corny but it is absolutely 100 percent true. We wouldn’t be where we were today if it wasn’t for so many kind individuals lending all manner of support, including expertise. It’s been this wonderful community that has made what we are doing possible. Our wins are everybody’s wins.

The reason we exist is because there is so much white space in animal law. There’s so much room for so many more animal lawyers and animal cases. It’s not something that one lawyer can do. We need to be training as many lawyers as we can, and that’s our commitment at Advancing Law for Animals. We take on interns because we want to create this excitement, instill this knowledge, and we simply want more lawyers doing this work.

If you’re by yourself at home, wanting to make a difference but feeling disconnected, it’s much harder than if you feel connected and in-the-know. I really believe in the power of community and relationships.

My advice for everyone is to get to know your community. It’s of course challenging due to coronavirus, but hopefully soon we will return to a time where we have conferences and summits and symposiums. Like I said, team work makes the dream work. It’s super important to (when it’s possible and safe), go to community events, start those relationships, make friends, really build your network. We can all help each other and be resources for each other. 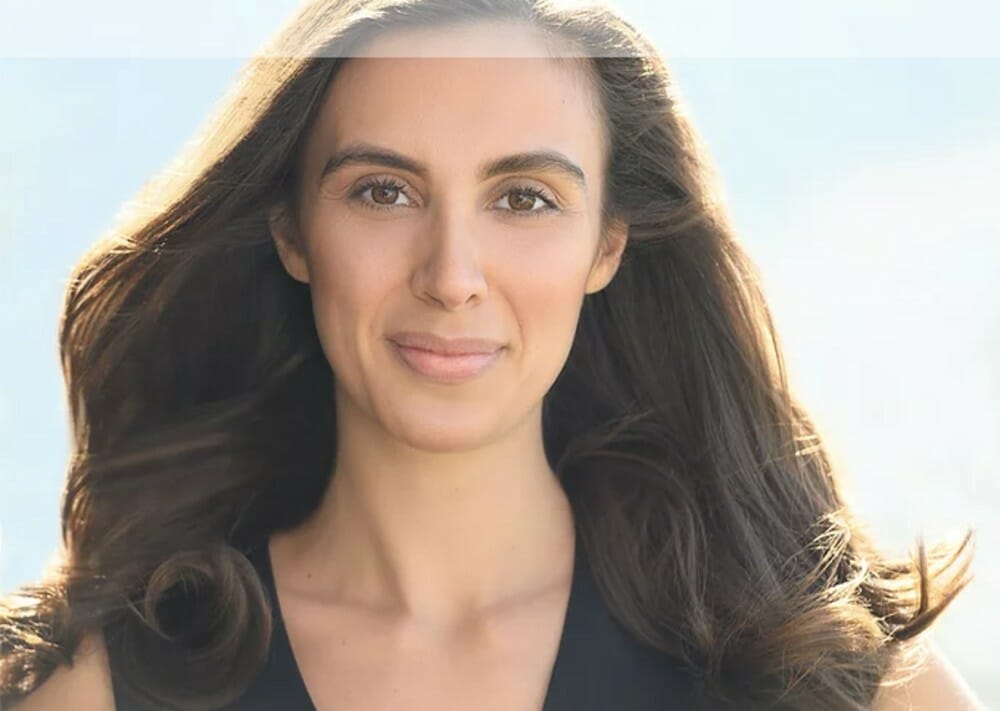