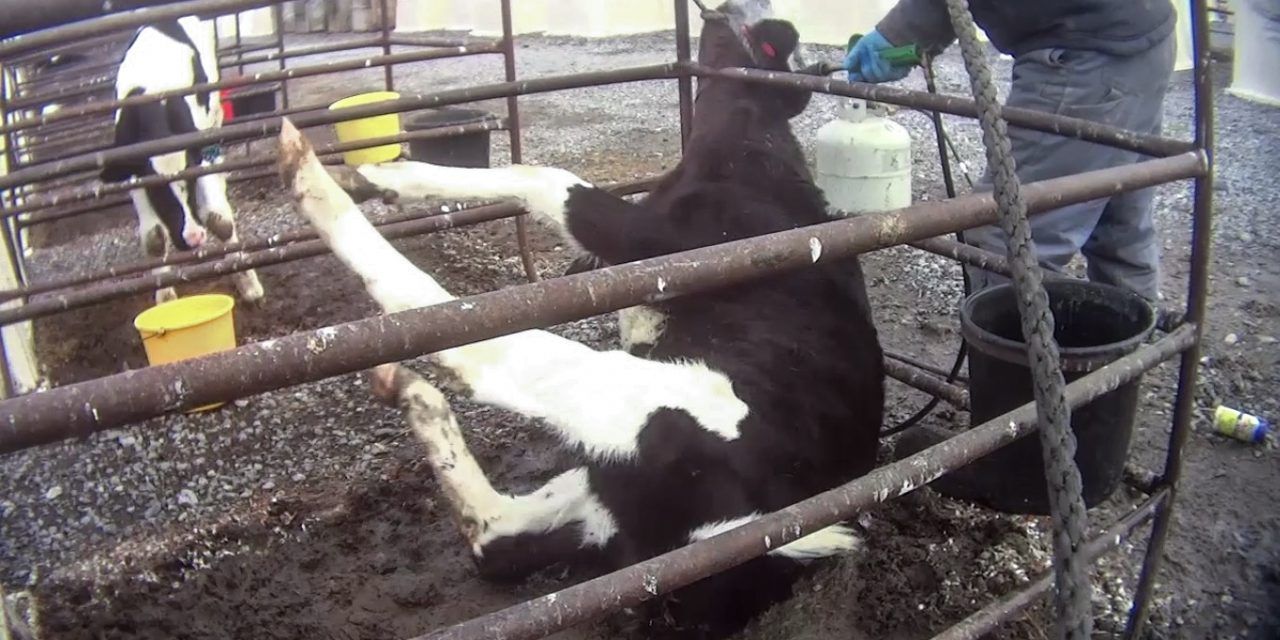 Compassion Over Killing has released undercover footage of horrific abuse against cows at Martin Farms, a factory dairy farm in Chambersburg, Pennsylvania.

At the farm, COK captured some of the most inhumane treatment they say they have ever witnessed, including gruesome violence against mother cows and their calves.

The video revealed “downed cows” —  cows who cannot walk or stand on their own — hoisted up by their hips using metal clamps and dragged by tractors. In one instance, a manager shot a “downed” cow in the head, and she suffered in agony for almost a minute before she was shot again and died.

The meat from “downed” cows like her was casually doled out to employees in garbage bags.

In another shocking incident, a manager stabbed a cow with no anesthesia in a misguided attempt to treat a stomach malady.

Workers kicked, stomped on and hit cows, or sprayed them in the face with scalding water just to make them move faster.

As painful as the footage is, it depicts the typical activities at a factory farm. Shortly after birth, calves are separated from their mothers, and the mother’s milk that is meant for her calf is instead used for products for human consumption.

After being taken from their mothers, calves are branded and their horns are seared off. COK’s footage shows the anguish they endure during these brutal procedures, which are done without pain releif.

Cows are deprived of desperately-needed veterinary care and suffer from painful and bloody conditions such as prolapsed uteruses and open sores. One scene shows a mother cow with a severed teat, bleeding as she is being milked.

COK handed the evidence over to the Pennsylvania State Police and the Franklin County District Attorney, and is calling for swift legal action against Martin Farms.

In a statement released shortly after the undercover video was released, Nestlé claimed to have cut ties with Martin Farms. But other cows are still suffering at the hands or their suppliers. 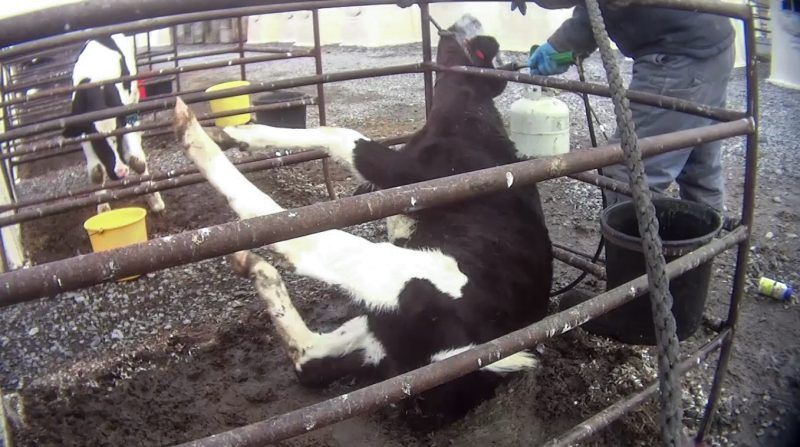