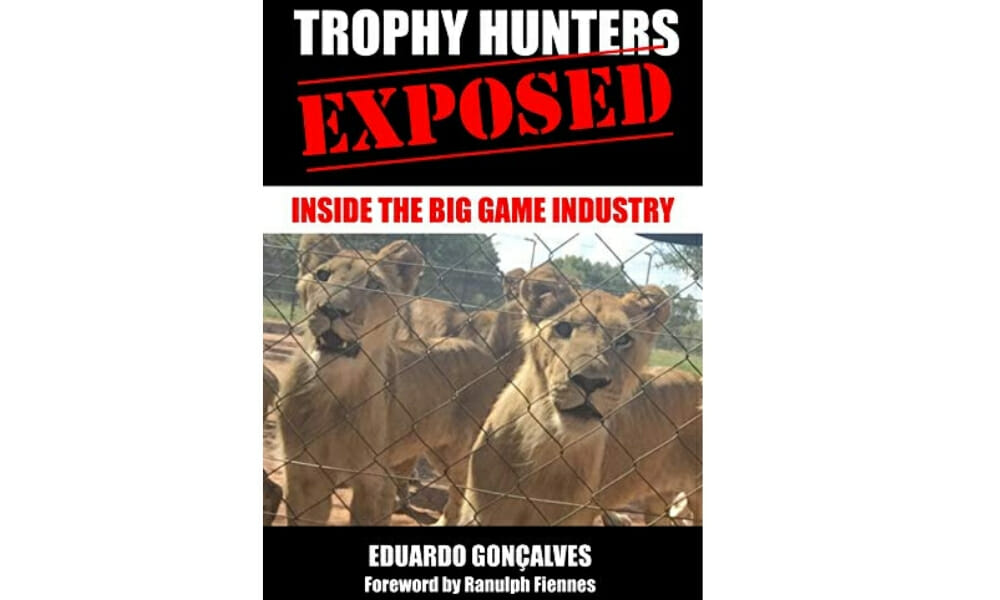 Trophy Hunters Exposed – Inside the Big Game Industry reveals how the cruel “sport” is being funded by controversial sources and facilitated by organizations claiming to protect animals.

The Convention on International Trade in Endangered Species (CITES), originally set up to preserve wildlife, is letting trophy hunters shoot thousands of at-risk animals each year — and powerful trophy hunting organizations are posing as conservation organizations in order to undermine wildlife protection laws, the book argues.

In another shocking revelation, the Boy Scouts Association and U.S. Salvation Army are said to be working with the big game industry to enlist children as hunters, which psychologists and criminologists believe may generate a surge in violent crime.

All of this is dangerous to human health as well. The link between wild animals and human disease is at the forefront of the coronavirus pandemic, and the big game industry creates hazardous markets for the sale of wildlife parts. For example, scientists fear that the trade of lion bones for traditional Chinese medicine could spark a disastrous new pandemic.

“Trophy hunting is often seen as an aberration by a handful of individuals,” Goncalves explained. “This investigation shows it is a large, powerful industry with a well-oiled and generously-funded lobbying machine.”

“In echoes of 1984, the hunting industry claims killing animals for selfies and souvenirs has ‘conservation’ value,” he added. “Some of these ‘conservationists’ have secured influential positions within wildlife decision-making bodies. They are today revealed to be among the world’s leading trophy hunters. Their organizations are industry fronts more interested in protecting ‘hunters’ rights’ than endangered animals. They have literally put the ‘con’ into ‘conservation.’”

Proceeds from this book will be donated to the Campaign to Ban Trophy Hunting.