Million Dollar Vegan Wants to ‘Take Pandemics Off the Menu’ 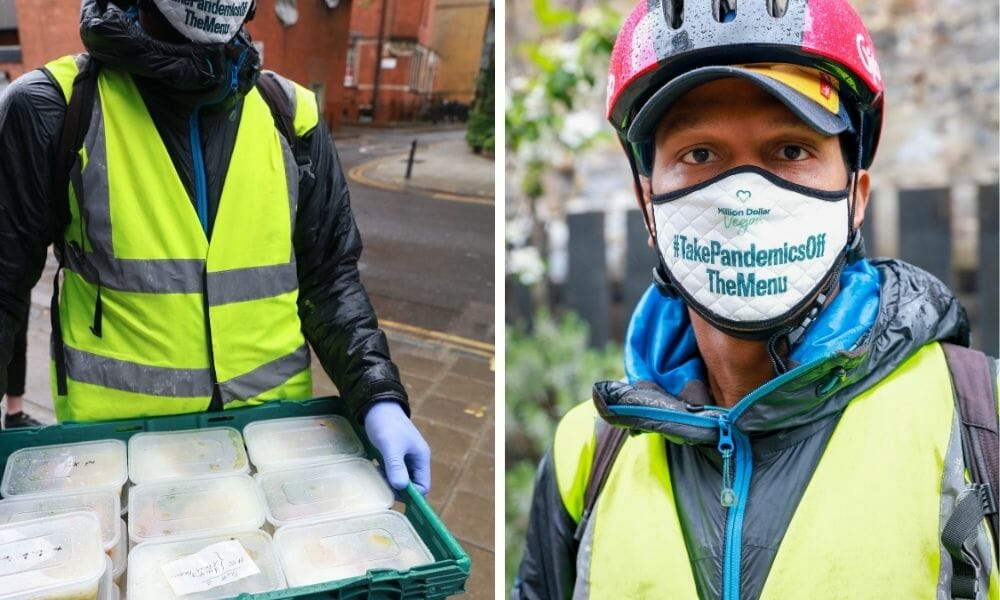 Non-profit Million Dollar Vegan recently announced plans to deliver one million free plant-based meals to first responders and underserved communities by 2022 as part of its ‘Take Pandemics Off The Menu’ campaign, which encourages people to act in the best interests of both animal welfare and human safety by adopting a plant-based diet.

The dangers of zoonotic diseases are ever-present as society grapples with the devastating effects of the ongoing, global coronavirus pandemic, which experts believe stemmed from the virus “making the jump” from an animal at a live animal market in Wuhan, China to its first human host. Factory farms, meat packing plants, and other places where animals are slaughtered for food pose similar risks.

“When the pandemic started, we felt it was vital to expose the relationship between the zoonotic disease outbreaks that can lead to devastating pandemics, like COVID-19, and our disrespectful treatment of animals,” Million Dollar Vegan CEO Naomi Hallum said in a press release. “In addition to giving people the chance to eat nutritious vegan food, we also want to educate people about how pandemics emerge, how we can strengthen our immune system against diseases like COVID-19 with a plant-based diet, how delicious vegan food can be, and also how accessible it is.”

The charity initially vowed to deliver 100,000 plant-based meals, but the program was so well-received, it soon raised its goal to one million meals. To date, Million Dollar Vegan has delivered over 300,000 meals throughout 14 countries.

The next meal distribution is scheduled for December 30 in West Hollywood and Central Los Angeles. Anyone outside the area who is interested in trying a plant-based lifestyle can sign up for a free vegan starter kit here.