Meet Yoko, Rescued from A Miserable Life of Breeding 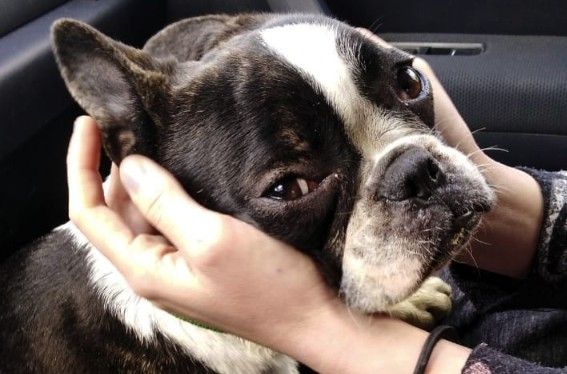 Yoko — an adorable French bulldog named after peace activist Yoko Ono — is one of 21 dogs rescued from horrific conditions at an illegal dog breeding facility in Chile, thanks to Lady Freethinker’s investigative team.

When Yoko was rescued, she looked far older than her estimated three or four years. She was in shocking condition, suffering from a severe case of distemper. She had bloody diarrhea and multiple skin infections. This extremely ill dog was also incontinent, had bronchial pattern and two slipped kneecaps. Without intervention, she would have forced to keep breeding over and over again, continuing to deteriorate and dying a painful death without ever knowing love and compassion. 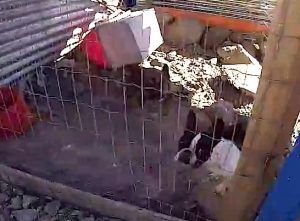 Luckily for Yoko, an investigative reporter working for Lady Freethinker collected enough evidence about the shocking conditions at the dog “farm” — operated by a known dogfight organizer in Santiago, Chile — to enable police to raid the property and rescue Yoko and 20 other dogs.

Gonzalo Ariel Rebolledo Robles was arrested for animal abuse, and the severely neglected dogs were rescued by local volunteers.

Yoko’s story is heartbreaking, but her future is promising. After she was rescued, she spent two weeks in the care of a veterinarian before being placed with a loving foster family. She needs six different medicines and has to wear diapers for her incontinence, but her new guardians are showering her with affection.

The rescue of Yoko and the other dogs is a great step for animal welfare in Chile, and gives hope to the many activists, veterinarians and law enforcement agencies trying to take a stand against animal cruelty in the nation.