Meet Professor Doerak, the Campus Cat With His Own ID Card 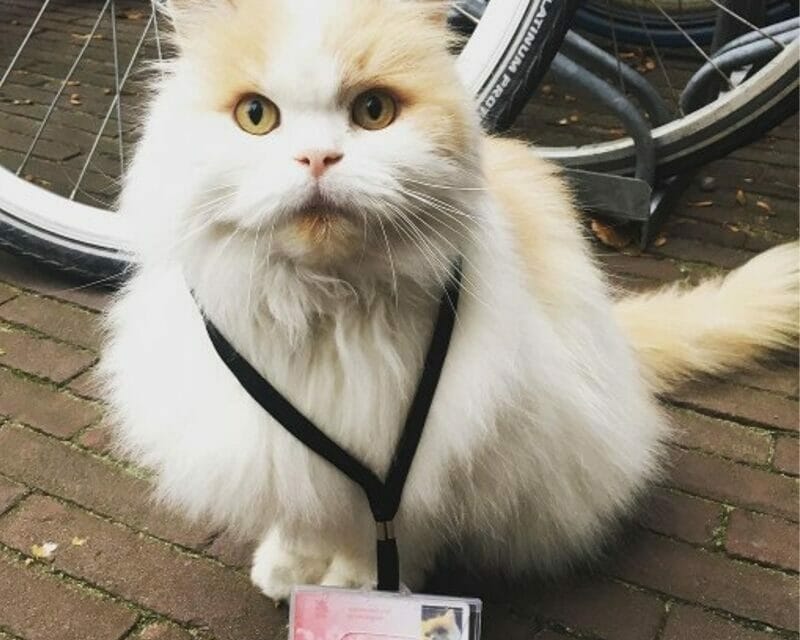 The eight-year-old Maine Coon and Persian mix regularly visits the University of Groningen from his home next door, greeting people as he wanders in and out of classrooms. Students and professors eagerly welcome Professor Doerak, showering him with as many as 150 hugs per day. He even has his own student ID card!

Professor Doerak began visiting the university in spring 2018 in search of his best cat friend Mickey, who had recently passed away. He was depressed about losing Mickey and had stopped eating.

When staff and students learned about Professor Doerak’s grieving, they began consoling him with cuddles and hugs. Their affection visibly helped him through the mourning process, according to his guardian, Ekko Ros.

For fun, Ros and his wife, Sandra created an Instagram account for Professor Doerak, and his fanbase grew. He now has nearly 10,000 followers keeping up with his day-to-day adventures!

There were no students on campus during Christmas vacation and Professor Doerak grew bored. To help pass the time until classes started again, the Ros’s helped him write an e-book called “Our Campus Their World,” featuring the heartwarming stories of 20 university cats around the world.

The University of Groningen sells Professor Doerak’s other merchandise, including mugs, at their store.

Perhaps the best thing about being a celebrity is the ability to give back. Professor Doerak’s growing popularity compelled the his guardians to advocate more actively for animal welfare, Ekko Ros told Lady Freethinker. A portion of the proceeds from Professor Doerak’s book and other merchandise are donated to a local non-profit animal ambulance that once rescued him.

Through their expanding efforts, the Ros’s hope to bring more awareness to animal welfare issues.