Home » Animals » Animal Rescue » Man Who Starved Dog to the Point of Eating Rocks Sentenced to PrisonBy Katie Valentine | May 12, 2020 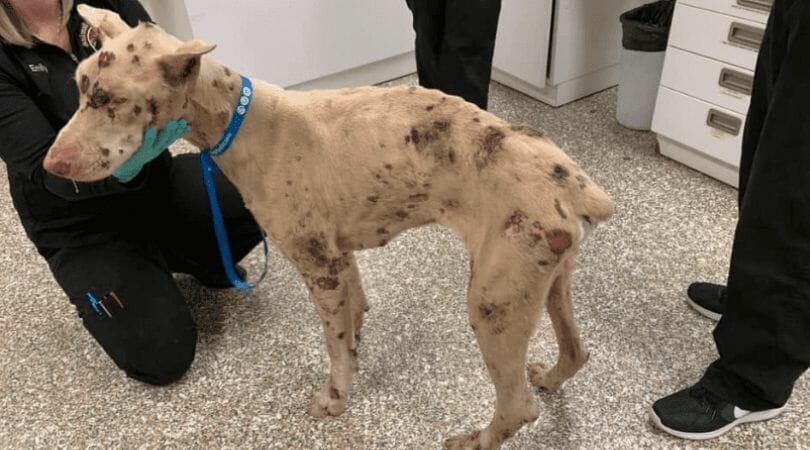 A man from Butler County, Ohio was recently sentenced to prison time for fatally starving his dog, a two-year-old Doberman pinscher named Lou.

Judge Robert Lyons sentenced 36-year-old David Neanover, who pleaded no contest, to 180 days in prison for one account of animal cruelty and 90 days for a second, along with 180 days for domestic violence. The sentences will run concurrently.

Neanover, who had sadistically named the Doberman pinscher “Lucifer,” was originally charged with felony cruelty to a companion animal and taken into custody, where he was held on $25,000 bond. After posting bail, he was free within days, and shortly after, his charges were lowered to first degree misdemeanors, sparking outrage among activists. As the trial approached, letters urging the judge to impose the maximum sentence poured in from as far away as Florida.

Acting on anonymous complaints, police reported to Neanover’s Reily Township home in May 2019, where they discovered Lou starved and clinging to life in the backyard without food or water. The pup was taken to a local animal hospital, where veterinarians discovered that he was 23 pounds underweight and had ulcers on his tongue, making it difficult for him to eat or drink. His emaciated body was covered in open wounds from a fungal infection, and an X-ray showed rocks in the dog’s stomach, which he had eaten out of desperation to survive.

“No normal human being could look at this dog and think this is acceptable,” Sheriff Richard Jones said at the time. “Animal Friends will do everything they can to save this poor animal, but the current condition is very bad.”

Vets scrambled to save Lou’s life, but he was too weak to continue fighting and passed away five days later.