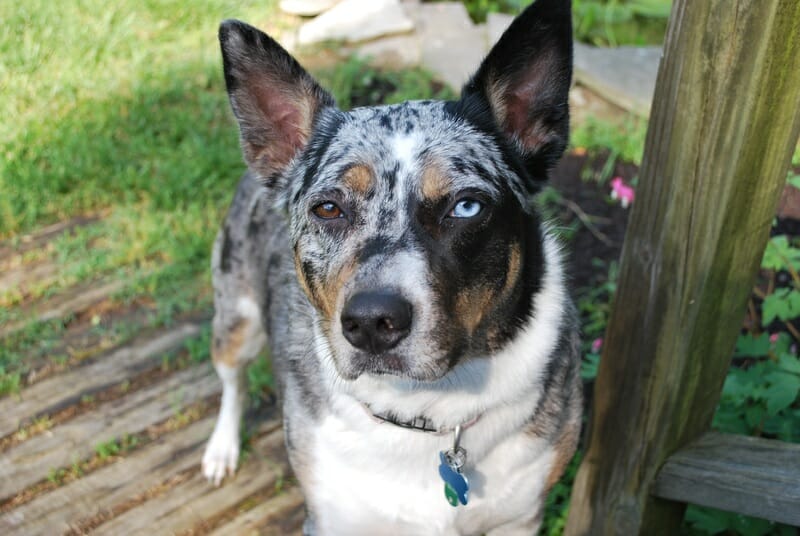 A California man whose dog ran off as a wildfire surrounded his home thought he would never see his beloved companion again. But three days later, animal services workers reunited Greg Skeens with Buck, who was unscathed and happy to be home.

The ‘Apple Fire’ had been raging for a couple of days in Riverside County (located southeast of Los Angeles), where Skeens lives in a log cabin surrounded by hills.

While the fire circled his home, Skeens feared for Buck’s and his lives.

“It was one, big orange flame all the way around the house,” he told CBS Los Angeles. “And I thought we were going to die.”

Fortunately, firefighters got the flames under control, saving Skeens, Buck, and their house.

Then, the unthinkable happened: the Australian cattle dog ran off, apparently to chase a coyote that emerged from the hills near the house, fleeing the fire. Skeens thought the worst.

After a heart-wrenching few days, Skeens encountered an animal services worker and told him about Buck, according to KABC7. He got good news: a dog matching Buck’s description was at their shelter.

It turned out Orange County firefighters had found the lost dog, who surprisingly hadn’t suffered from any burns, and gave him to local animal control.

When they finally reunited, Buck jumped on Skeens’ leg and wouldn’t let go.

“He was shaking, like he was scared,”  Skeens told CBS Los Angeles.

Firefighters are used to rescuing animals in wildfires. During California’s devastating Camp Fire in 2018, first responders rescued thousands of animals, making their happy reunions with their loving families possible.

Since the Apple Fire started on July 31, it has burned more than 32,000 acres and continues to rage.