Left Behind – What Happened to the Pets Caught in the Camp Fire?

Home » News » Left Behind – What Happened to the Pets Caught in the Camp Fire?By Kristen Arnim | November 28, 2018 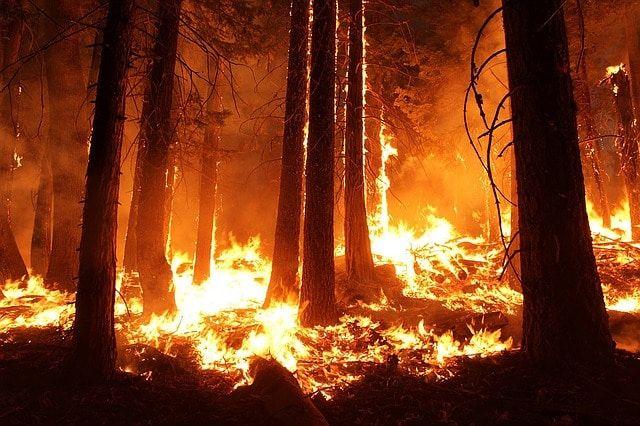 The most devastating wildfire in California’s history, the Camp Fire, took at least 88 lives and destroyed an area the size of Chicago, taking with it almost the entire town of Paradise. The fire is finally contained, though the search for survivors continues, and talk of rebuilding lives and a community begins. And part of this is the question – what happened to the pets left behind?

Though wildfires in California are not unexpected, the Camp Fire struck so quickly many people didn’t realize the risk until they saw the flames. Roads were jammed with traffic during the evacuation, trapping people in the inferno. Not only were homes and precious belongings abandoned, many pets were, as well. Some animals fled from the flames on instinct, inadvertently running from their owners and possible safety. Others never had the chance to evacuate with their families during that rushed and urgent time.

During the weeks of fighting the ferocious blaze in Northern California, fire responders rescued thousands of animals from the destruction, many sitting in the ashes of former homes. Taken to nearby and emergency veterinary hospitals, many facilities quickly ran out of space to treat the animals. Cats were the most common rescue, though there were also hundreds of dogs as well as rabbits, chickens, cows, and goats.

An emotional reunion was caught on video when a woman identified her cat at one of these hospitals.

The abandoned pets suffered from burns and smoke inhalation. Many had damaged feet from burns to their foot pads. Fur and ear tips were often burned away as well, sometimes down to the skin. Treatments included administration of fluids and oxygen as well as burn injury care. Some need feeding tubes because of burns to their throats from the intense heat that surrounded them.

In a heartwarming story, Jeff Evans, a man who unintentionally remained behind during the fire, ended up rescuing multiple dogs that had been abandoned. Evans told NPR,

“[T]hat evening, I took a ride up the road, up Hoffman Road. And there were five cars parked in the middle of the road. And that struck me so odd – that why would they park their car in the middle of the road, and there’s no people? So I got out of my truck. And I looked into the one of the windows of one of the vehicles. And there’s two puppies in the car. So I grabbed the dogs. I put them in my truck. I went to the next vehicle. And it’s like, every vehicle had one or two dogs in it. One of them had, like, six dogs. And ah, I just – I thank – I don’t know – I feel so fortunate that I drove up the road at that moment. Or those dogs would have died, I’m fairly confident.”

Disaster Preparedness for Pets – The Time to Start Planning is Now

Now comes the time for surviving pets and their guardians to be reunited. Animals that are microchipped will find their people more easily than others. Some have been burned or shaved to the point of being unrecognizable. But many people are coming together to help. Facebook groups have been dedicated to connecting lost pets to their families. Even strangers are helping to search through photos tagged “found” to match up with those lost.