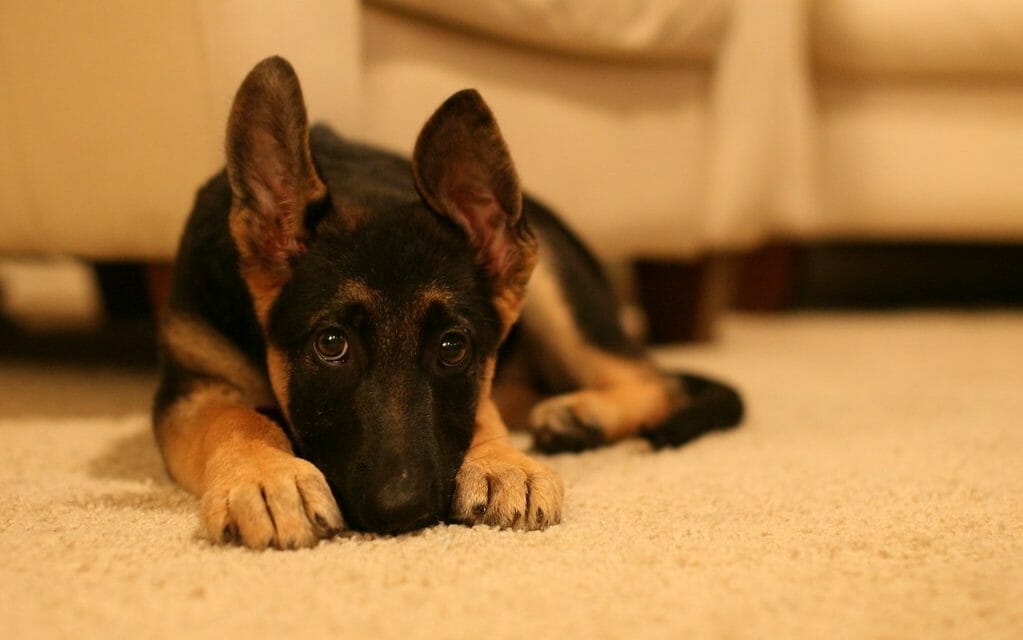 A judge has sentenced a Texas man to five years in prison for animal abuse — more than twice the maximum penalty for the crime in the state.

Deric Berquist was caught on home security cameras savagely attacking an 11-week-old-German Shepherd puppy in the home he shared with his then-girlfriend.

The disturbing footage shows Berquist punching and choking the dog before slamming its tiny body onto the ground repeatedly.

Neighbors reported hearing the puppy screaming in pain before she passed out, stated The Fort Worth Star-Telegram.

The puppy, named Nikki, miraculously survived her savage beating in spite of several broken bones. She now has a new home.

Berquist’s former girlfriend turned him into the police following the incident; reportedly, the video depicts him abusing her.

The extended sentence comes as a result of the brutality of this attack, and an alleged history of animal abuse. A witness statement claims that Berquist set a squirrel on fire during his youth.

“This kind of man that can prey on small animals is a different kind of evil,” said prosecutor David Alex. “The level of torture shown in this video is the kind of thing people don’t want to believe really happens.”

While animal cruelty convictions are often woefully inadequate, this is the second sentence we’ve learned of last month that, in fact, exceeded the recommended guidelines.

A Michigan judge recently sentenced a man to three to six years in prison for stabbing his dog to death and leaving the body in a local park — triple the recommended sentence.

We hope these sentences indicate that the tide is starting to turn on animal cruelty, with authorities and judges starting to take cases much more seriously.