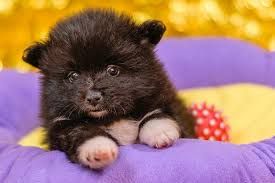 Last month, Idaho science teacher Robert Crosland was accused of feeding a live puppy to a snapping turtle. He is now facing misdemeanor charges– up to six months in jail and a $5,000 fine if he is convicted.

After multiple parents came forward and brought media attention to the horrific act, it drew widespread and deep outrage. Lady Freethinker published a petition that called to fire and prosecute the teacher, and it garnered nearly 50,000 signatures.

Several witnesses watched the teacher take a living, breathing puppy and place them in front of a snapping turtle for food. The teacher is reported as having fed live guinea pigs to snapping turtles, as well.

Regarding the horrifying incident, PETA Senior Director of Cruelty Casework Stephanie Bell said, “This teacher is a bully who should not be allowed near impressionable young people. Any youngster who witnessed cruelty in the classroom is now in desperate need of lessons about having empathy for other living beings.”

These charges will not undo the cruelty this man inflicted on an innocent puppy. The charges will not take away the lessons he has taught his students and those who entered his classroom with open eyes and minds.

But these charges are a small step in the right direction. If convicted, Franklin County Court will send a message to the students and community at Preston Junior School in Idaho. Animal cruelty is unacceptable and it has no place in school.