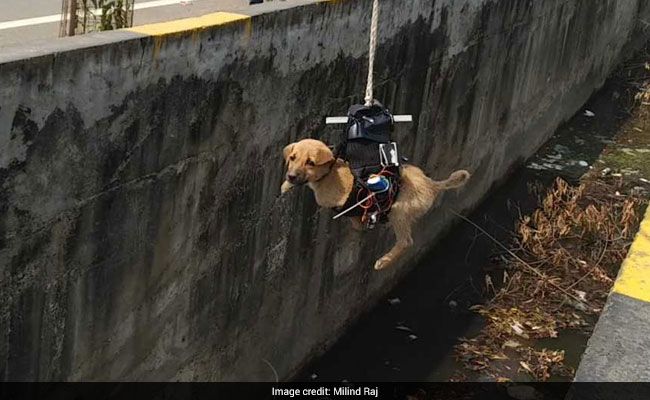 An innovative engineer by the name of Milind Raj used state-of-the-art Artificial Intelligence (AI) technology in India last month to build a customised drone that would rescue a puppy stuck down a drain.

27-year-old Milind was out for his daily morning walk last month when he heard the distressed cries of an animal. On investigation, he discovered a very scared puppy trapped in a large open drain in the middle of the road. Asking around, he learned that the terrified dog had already been there for two days.

“The drain was so filthy, it was like a bog,” said Mr Raj. “It was not possible for a human to rescue the puppy without endangering their own life, so I decided to put technology to the task.”

Luckily, Mr Raj makes a career out of building robots and quickly headed to his lab to come up with an ingenious rescue plan: to attach a remotely controlled robotic arm to a giant drone.

“I decided to use the AI-controlled robotic arm because it has a smart heartbeat sensor. Attached to the drone, I knew it would be risky but may work,” he said.

After six hours of work, Mr Raj came back to the drain and put the device to work.
“The AI helped me monitor the animal’s heart rate,” he said. “If the grip was too tight, the puppy would suffocate.” 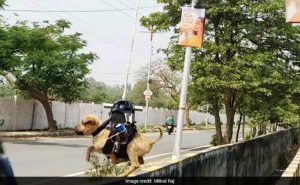 It was a tense moment as he carefully navigated the drone, wary of not causing the weak pup too much further distress.

The operation was a success, with the wee canine making it to safety, where he vomited up plastic and drain water.

“It vomited plastic including paan masala packets that people had carelessly tossed into the drain,” said Mr Raj.

In a beautiful ending to this touching rescue story, Mr Raj has now adopted the stray puppy, naming it “Lifted.” 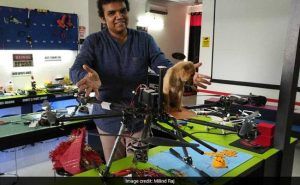