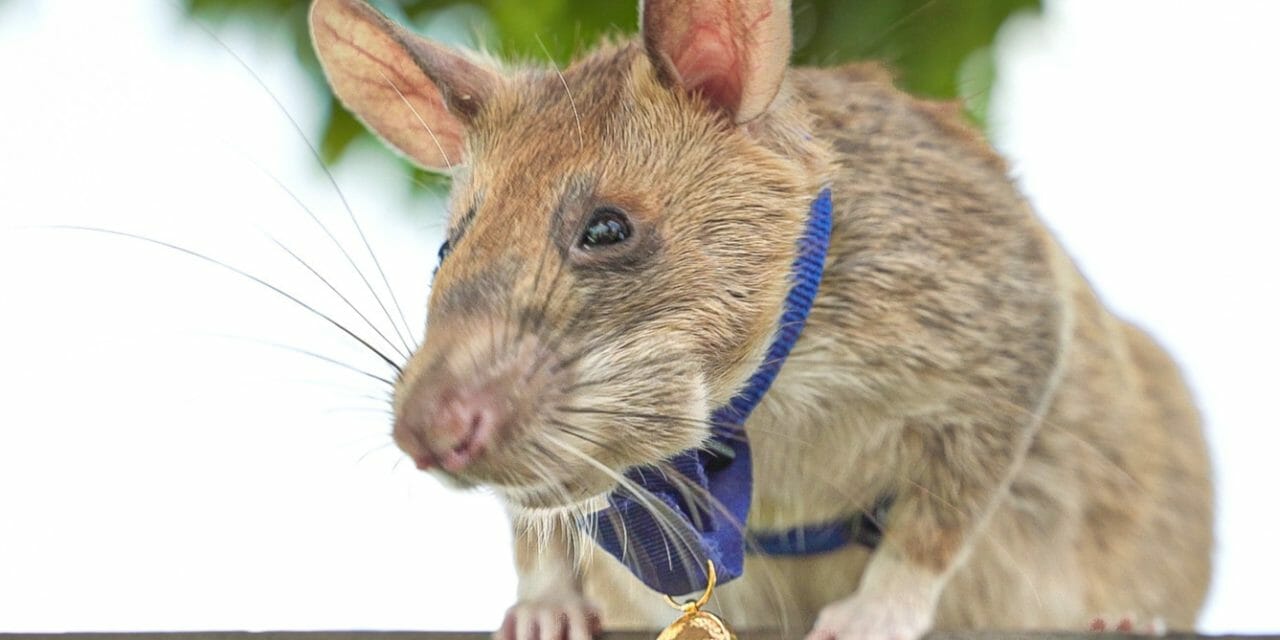 Magawa, the heroic rat who sniffed out more than 100 landmines and other explosives in Cambodia over his 5-year career, has died of natural causes at the age of eight.

He leaves behind an incredible legacy and is likely responsible for saving thousands of lives.

The famous African giant pouched rat was born in Tanzania and trained to detect chemical compounds in explosives by the Belgian charity Apopo. He traveled to Siem Reap, in Cambodia’s northwest, where he spent five years clearing explosives from more than 2.4 million square feet of land.

Magawa was able to search a field the size of a tennis court in just 20 minutes, whereas that same area would take a human being with a metal detector between one and four days to complete, according to Apopo.

An estimated 4 to 6 million land mines remain unexploded throughout Cambodia, one of the world’s most dangerous countries for the explosives, following three decades of civil war that ended in 1998. The buried weapons led to 64,950 casualties — including 19,806 deaths — between 1979 and 2021, according to the Associated Press.

For his life-saving work, Magawa was the first rodent to receive the coveted gold medal for bravery from the UK’s leading vet charity People’s Dispensary for Sick Animals (PDSA), — an honor that had previously gone only to dogs.

His career also didn’t negatively impact his health or his life, according to Apopo. Magawa was in good health and “spent most of last week playing with his usual enthusiasm,” said Apopo in a statement.

In his last few days, however, he began to slow down, nap more, and show less interest in food, before passing away peacefully.

“All of us at Apopo are feeling the loss of Magawa and we are grateful for the incredible work he’s done,” the charity said in a statement.  “His contribution allows communities in Cambodia to live, work, and play, without fear of losing life or limb.”