Home » Animals » Magawa the Rat Is Retiring a Hero After Detecting Over 70 Active Landmines in CambodiaBy Katie Valentine | June 15, 2021 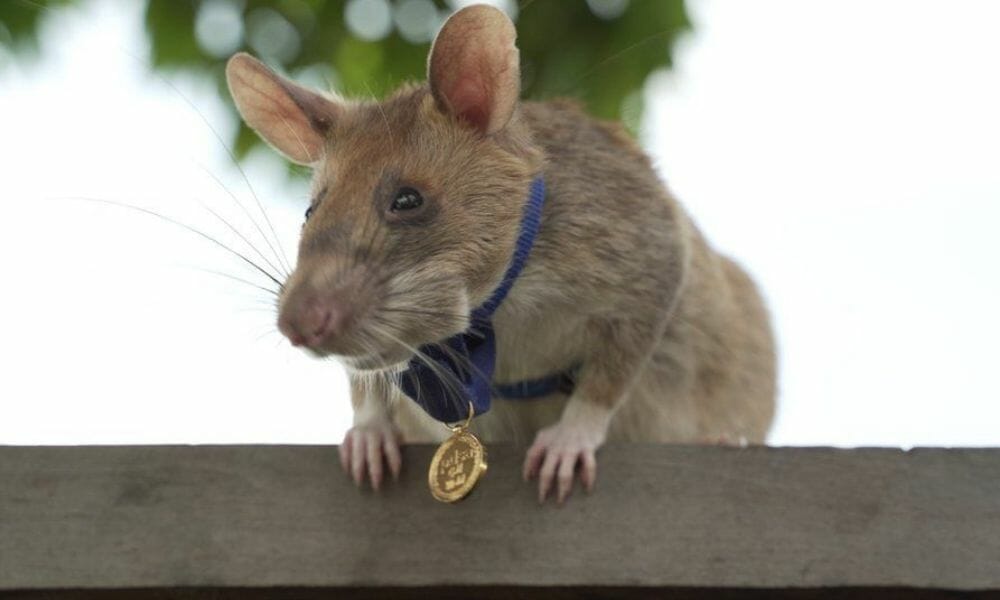 Magawa, an award-winning African giant pouched rat who spent his 5-year career sniffing out landmines in Cambodia, is now retiring from his lifesaving work.

He detected an incredible 71 landmines and dozens of other explosives throughout the country since 2016.

Trained by the Tanzania-based nonprofit Apopo, Magawa is one of the organization’s top HeroRATs, who have worked diligently since the 1990s to find an estimated six million landmines scattered throughout Cambodia.

He will remain on the job for a few more weeks mentoring and guiding new recruits, who recently passed their certification with flying colors after a year of training.

“He is small but he has helped save many lives allowing us to return much-needed safe land back to our people as quickly and cost-effectively as possible,”Magawa’s handler, Malen, told BBC.

Last September, Magawa received one of the highest animal awards, known as the People’s Dispensary for Sick Animals (PDSA) Gold Medal. He was the first rat to earn the award in the organization’s 77-year history.

African giant pouched rats are light enough to detect landmines without setting them off. HeroRATs are trained to identify a chemical compound in the bombs while ignoring distracting odors, like scrap metal, and to scratch the surface of the ground to inform their trainers of a new discovery.