Magawa, an African Giant Pouched Rat, recently became the first rodent to receive the People’s Dispensary for Sick Animals (PDSA) Gold Medal — one of the highest-ranking animal awards — for his life-saving work detecting landmines in Cambodia over the last five years.

In the 1970s, an estimated 4 to 6 million mines riddled Cambodia, and about 3 million are still unfound. The hidden explosives have tragically caused an estimated 64,000 casualties over the years, according to PDSA.

Equipped with a superior sense of smell, rats are far more efficient than people at finding these mines, and it’s safer for rats to perform this seemingly dangerous task because their lightweight bodies don’t trigger the explosives.

Magawa spends just half an hour covering a tennis court-sized area, which would take human searchers about four days. He was trained by non-profit APOPO, which is dedicated to training rats to detect landmines and tuberculosis. When Magawa sniffs out landmine chemicals, he signals a handler, and a team safely disposes of the weapon.

To date, this hero has found 39 landmines and 28 items of unexploded ordnance. He will continue his work until he reaches retirement age. Then, he’ll spend the rest of his life playing and relaxing.

Magawa’s story reminds us how incredible animals disregarded as pests and burdens truly are. 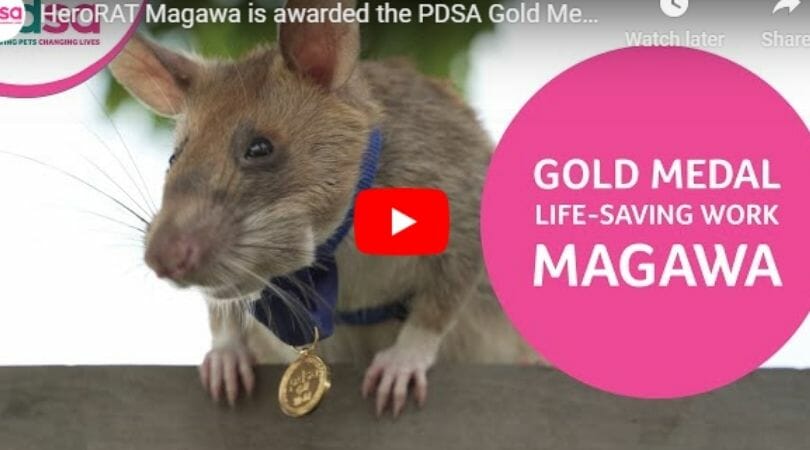