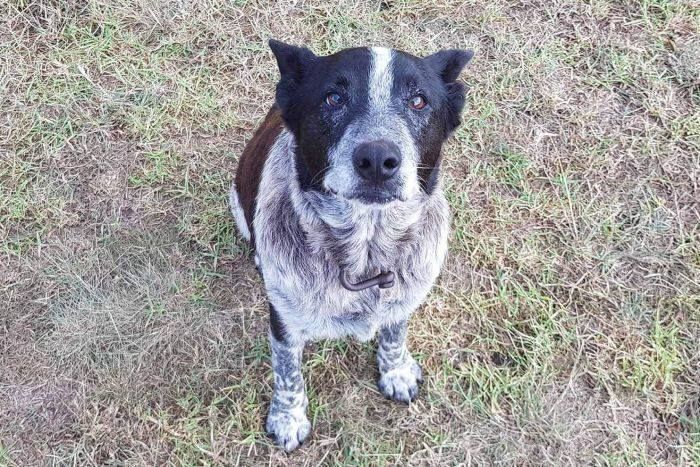 A 17-year-old blue heeler by the name of Max has been hailed as a hero after he spent the night protecting a missing three-year old girl who was lost in the bush, then led rescuers to her the following morning.

Young Aurora went missing on April 20th after she wandered off from her home at 3:00 on Friday afternoon in Southern Downs, Queensland, Australia. Rescuers braved wet weather to search for the missing toddler that night, but were unable to track her.

“The area around the house is quite mountainous and is very inhospitable terrain to go walking in, so she’d traveled quite a distance with her dog that was quite loyal to her,” said SES area controller Ian Phipps. “The search was actually quite hard where the volunteers and the police were.”

On Saturday morning, State Emergency Service (SES) volunteers, police and public volunteers were able to locate the toddler and her four legged bodyguard at around 8:00am, over 15 hours since she had disappeared from her home.

It was Aurora’s grandmother, Leisa Bennett, who first spotted the missing duo around 2 kilometres from their home. Mrs Bennett said she was searching and calling for her granddaughter when she heard her yell in response.

“I shot up the mountain… and when I got to the top, the dog came to me and led me straight to her,” she said. “It could have gone any of 100 ways, but she’s here, she’s alive, she’s well and it’s a great outcome for our family.”

Max is a 17-year-old cattle dog who is deaf and partially blind, but this loyal friend kept Aurora warm and safe through the rainy night. The toddler only suffered a few minor grazes from her overnight ordeal.

On the 1st of May, the Queensland Police Service (QPS) presented Max with a QPS collar and special medal, making this brave pup Queensland’s first ever honorary police dog.