Activists Protest Draining of Lake with Fish and Turtles Trapped Inside 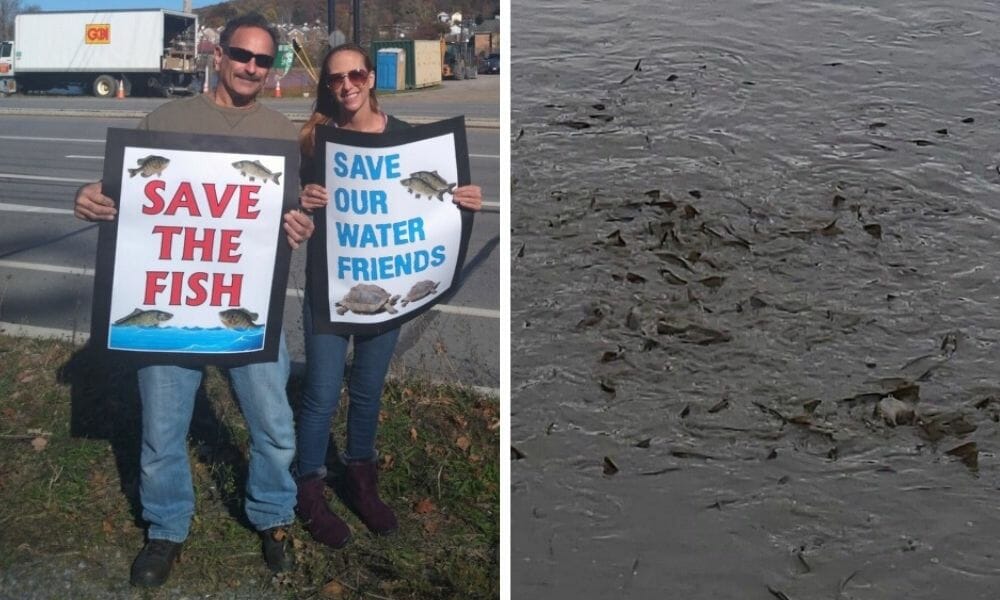 A new draining and dredging project at Lakemont Park Lake in Pennsylvania threatens the livelihood of hundreds of fish, turtles, and other pond-dwelling animals.

The dredging project, overseen by the Blair County government and Intergovernmental Stormwater Committee, aims to prevent excess sediment from reaching the Chesapeake Bay.

But the agencies failed to take into account the well-being of the area’s wildlife. After work on the project began, disturbing images surfaced of fish crowded together in shallow, muddy water with their bodies partially exposed to the air.

Hundreds of protestors gathered last week in Blair County, Pa. to peacefully protest the needless deaths of thousands of the lake’s wildlife. The “Save the Fish at Lakemont” campaign urges local public officials  to remove and relocate any surviving animals, according to the group’s Facebook page.

Despite the unforeseen deaths of local wildlife, Blair County doesn’t plan to halt work at the site, according to an In Defense of Animals press release.

Activist and organizer Mark Conrad said the odor of the water below the lake would make people gag.

“The lower water became putrid from dead, decomposing, and dying fish,” Conrad said. “Dead animals likely suffocated to death due to low oxygen content from decomposition in the water.”