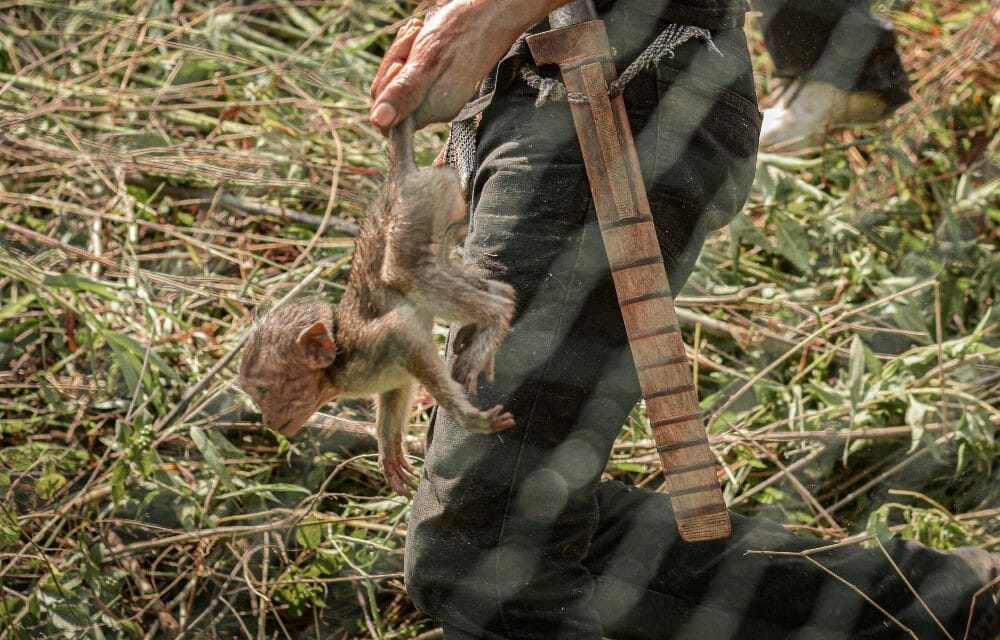 Lady Freethinker and U.K-based nonprofit Action for Primates are calling on U.S. officials to ban importing monkeys from Indonesia, after disturbing video released by Action for Primates shows  the cruelty inflicted on wild long-tailed macaques during their capture.

The footage documents monkeys being trapped in nets and then dragged out by their tails, monkeys pinned to the ground by trappers’ feet, infants separated from their distressed mothers, and a monkey whose throat is slit with a machete after he is beaten with a pole and held down.

“The grisly and highly disturbing footage of cruelty towards long-tailed macaques should be cause for alarm in both Indonesia as well as the United States, which imports monkeys from Indonesia for brutal experiments,” said Lady Freethinker Founder Nina Jackel. “I strongly urge the U.S. government to take a stance against this cruelty by placing a ban on all monkeys imported from Indonesia.”

The treatment of the macaques, as documented, is a clear breach of international animal welfare guidelines, said Nedim Buyukmihci, a doctor of veterinary medicine and emeritus professor at the University of California, who reviewed the footage.

“The handling and treatment of the monkeys, as seen in the video footage, is brutal and inhumane,” he said in a press release. “Such cruelty – the beating and killing of alpha males, removing infants from their mothers, dragging monkeys by their non-prehensile tails in a way that can lead to serious spinal cord injury, and pulling front limbs so forcibly behind their backs that dislocation and fracture could occur – must not be tolerated.” 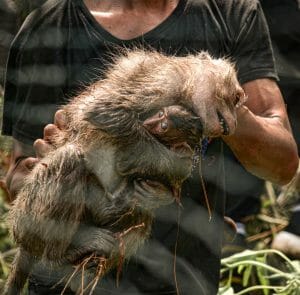 The number of wild, long-tailed macaques has declined significantly in recent years, with their decreasing population trend earning them a status of “Vulnerable” on the Red List during a recent assessment by the International Union for Conservation of Nature (IUCN). Despite that status, continued human encroachment into macaque territory has led to increased reports of negative interactions and officials’ citing that conflict as justification for the animals’ capture.

The Indonesian government also re-authorized the export of macaques in 2021, despite global concerns about the inherent inhumanity of trapping wild monkeys and increasing awareness of the species’ vulnerability, according to Action for Primates.

Since then, hundreds of monkeys have been torn from their habitats, families, and social groups, said Action for Primates Co-Founder Sarah Kite.

“This distressing footage is shocking proof of the brutality and inhumanity to which these sentient animals are subjected,” Kite said.

In 2020 alone, Indonesia supplied China with more than 2,700 long-tailed macaques and the United States with at least 120 of the monkeys for use in research and testing, according to data submitted to the Convention on International Trade in Endangered Species of Wild Fauna and Flora (CITES).

Kite said long-tailed macaques are used regularly in toxicity testing, in which animals are intentionally poisoned to  study the effects of drugs and chemicals, despite irreconcilable differences between macaques and humans. She condemned the Indonesian government’s willingness to allow monkeys to be exported for such cruel experiments.

“The resumption of the capture and export of long-tailed macaques by Indonesia is an alarming development, especially at a time when there is widespread global concern over the condemnation of the capture of wild non-human primates,” she said.

Then please take a moment to urge Indonesian authorities to end any capture and export of wild monkeys for experiments and to enact legislation that will protect this vulnerable and precious species by reaching out directly: 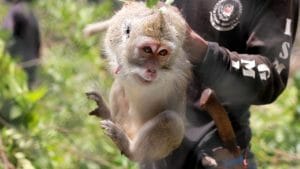