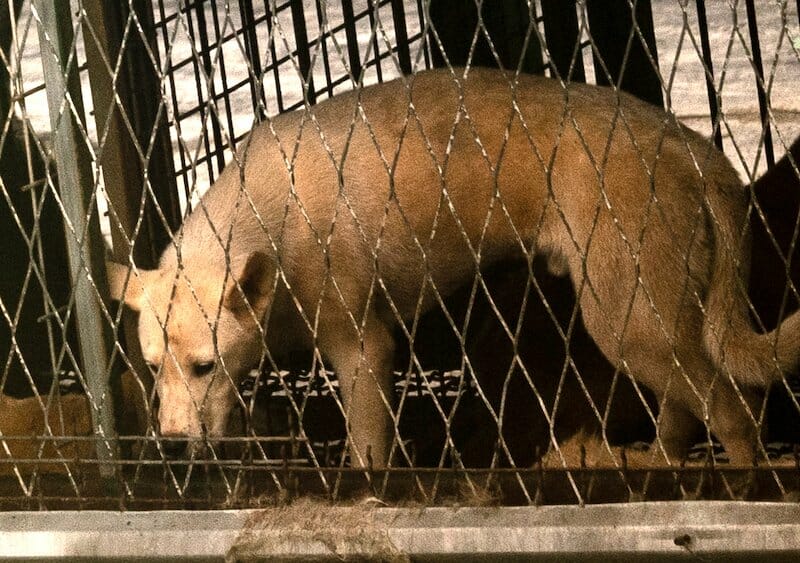 In breaking news, South Korean President Moon Jae-In called for the consideration of a ban on eating dog meat in the country.

South Korea’s animal protection law aims to prevent the slaughter of dogs for food but does not outright ban consumption. For years, innocent dogs have been butchered and killed in the name of cuisine and a myth that dog meat increases virility and boosts restorative powers. After the dogs suffer horrific deaths, their body parts are then made into soup known as bosintang.

Approximately 1 million dogs are still eaten annually in the country.

But dog-eating has declined in recent years, due to rising pet guardianship and mounting pressure from animal activists and younger generations.  A majority — 84 percent — of South Koreans surveyed said they wouldn’t consider eating dog meat and 59 percent supported a legislative ban, according to a  2020 Nielsen poll.

President Moon also is a known dog lover whose pets reside at his presidential compound — including one rescued from the dog meat trade.

Although this statement is a step in the right direction, there is still much work to be done. With President Moon calling for a ban on the dog meat industry, now is the time to use our voices on behalf of these helpless animals!

If you haven’t already, sign our petition to finally end this cruel trade for good.