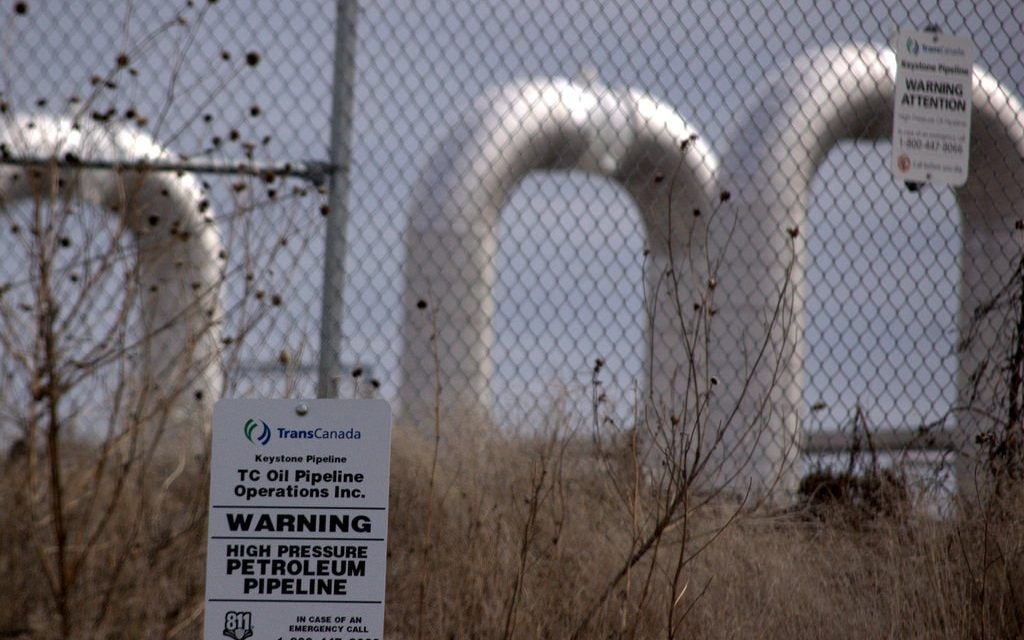 Last November, the Keystone pipeline sprung a leak on farmland in South Dakota. That leak has now been calculated to have released 9,700 barrels (407,400 gallons) of oil, double the original reports and the largest inland spill in the U.S. since 2010. Reuters reports that there have been far more pipeline leaks than estimated by Tans Canada, the company who built the pipeline.

Caused by construction damage when the pipeline was originally put in the ground, Tans Canada shut it down shortly after the spill began. Less than two weeks later, they reported the spill had been cleaned up and no groundwater was contaminated.

The Keystone Pipeline includes 2,600 miles of underground pipe constructed to transfer crude oil. The pipeline runs from Alberta, Canada to Nebraska, where it splits and heads to Texas and Illinois. A fourth phase of the pipeline, called Keystone XL (XL meaning exports limited) will bring a pipeline even larger in diameter from Alberta to Nebraska. Environmental and social activists breathed a sigh of relief when the Obama administration rejected the proposal for the Keystone XL Pipeline in 2015. The controversy erupted again when the Trump administration approved it in January of 2017.

The leak last year and the new information on its extent have re-energized the call to stop the Keystone XL project from moving forward. Now CEOs of pipeline companies must brace for more resistance. The sophistication of activism has increased as the effects of climate change become more urgent. The Dakota Access Pipeline protests in 2016 and 2017 helped push public support to the side of the activists.

As the current administration continued to deny the effects of climate change, ignore our responsibility to the world and future generations, and gobble up fossils fuels, hundreds of thousands of crude oil spilled out onto farmland just a few months ago. What other evidence do we need to prove that oil pipelines cannot be made safe and are not the future of energy?