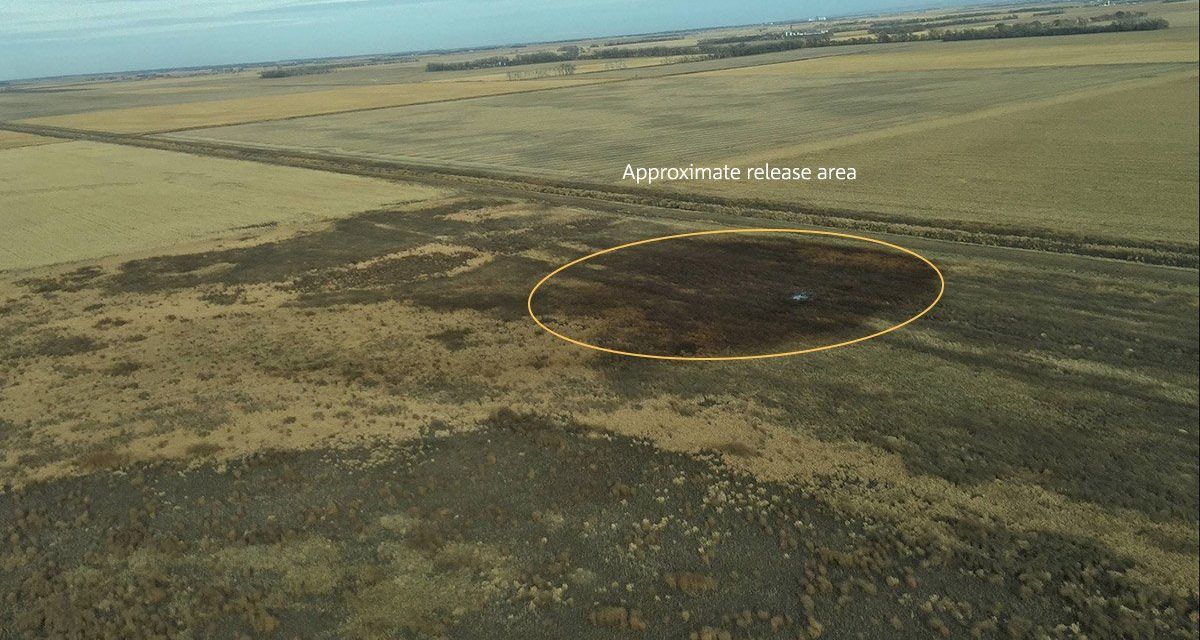 Early Thursday morning, an estimated 210,000 gallons of oil leaked from the Keystone Pipeline in South Dakota. It was the largest spill in the state’s history and ranks in the top twenty oil spills in the United States since 2010.

The oil leak happened close to the North Dakota border, about 30 miles from the Sisseton Wahpeton Oyate Lake Traverse Indian Reservation. The environmental impacts of the spill are still under investigation, but its magnitude has caused dire concern with the local Native American community.

A South Dakota environmental official played down the leak, claiming it was not substantial and that since it was in a rural area, the situation is “very positive.” TransCanada Corp stated that the leak was “controlled and there is no threat to public safety.”

We have one Earth. One landbase. Willingness to deface, destroy, and devalue it is systemic.  This massive spill and its response puts that on display yet again.

Faith Spotted Eagle, an activist and member of the Yankton Sioux Nation responded to the spill with the sage words, “Everywhere on Mother Earth is not remote, it is all connected to the entire ecosystem.”

Yet in the wake of this massive spill, another large pipeline remains up for debate: Keystone XL. On Monday, Nebraska regulators returned an ambiguous decision. They rejected TransCanada Corp’s preferred route for the pipeline, but approved an alternate path for the project.

TransCanada Corp has not stated whether they will continue with the project. Nebraska regulators could not take pipeline safety or possible leaks into their decision, but the historic 5,000-barrel spill could not have cast a positive light on crude oil pipeline projects.

According to the U.S. Department of Transportation, the number of significant pipeline incidents grew nearly 30% from 2006 to 2015. Nearly 9 million gallons of crude oil has spilled from pipelines since 2010.