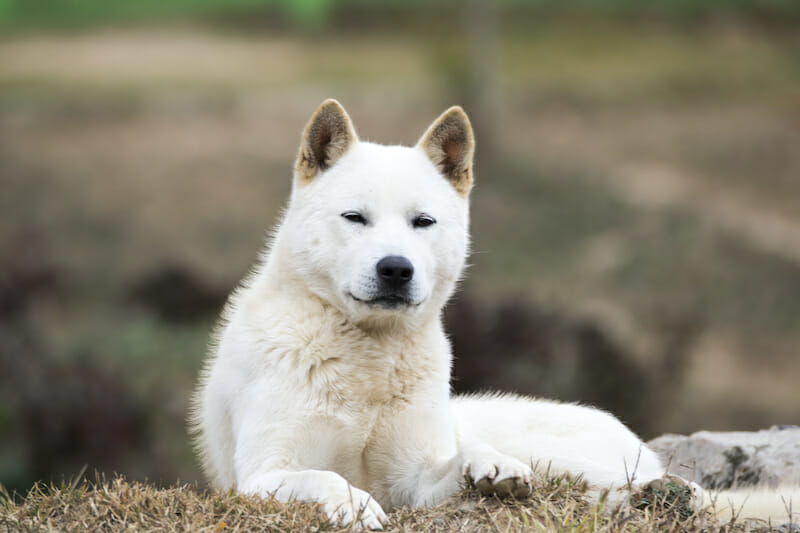 After years of work and collaboration between activists like Nami Kim of Save Korean Dogs (SKD) and government officials, Jeonju, S. Korea is on its way to becoming a dog meat-free city.

Currently, there are no dog farms or slaughterhouses within the city, and nearly half of the restaurants that previously served dog meat have changed their menus or closed down, according to SKD.

In 2018, Mayor Kim Seung-soo helped set up the ‘Animal-Friendly City of Jeonju’ initiative, followed by an independent animal welfare department the next year.

The same year, Lady Freethinker (LFT) sponsored bus ads in Jeonju in collaboration with SKD, sending a very clear message: “Dogs are not food, but our family. Let’s save them together. I am not a piece of meat!”

In 2019, Jeonju established its first-ever, city-operated animal shelter with a dedicated dog trainer. Opening in March, the center is now home to over 180 dogs.

But Mayor Kim Seung-soo and all the activists working to make Jeonju a safer place for companion animals didn’t stop there — the ‘Adopt, Don’t Shop’ campaign hopes to find homes for every abandoned street dog in the city, and Jeonju secured land for its first-ever, city-owned dog park, which is expected to be built and opened soon.

Animal welfare officers are currently working on converting or closing down the remaining restaurants throughout the city that still serve dog meat. They’re hopeful that Jeonju will be completely free of dog meat by 2023.

Mayor Kim Seung-soo and all of Jeonju set an incredible example for the rest of S. Korea. It’s time to end dog meat throughout the country once and for all. If you haven’t yet, sign LFT’s petition urging South Korean Ambassador to the United States Lee Soo-hyuck and South Korean President Moon Jae-in to explicitly ban the dog and cat meat trade.