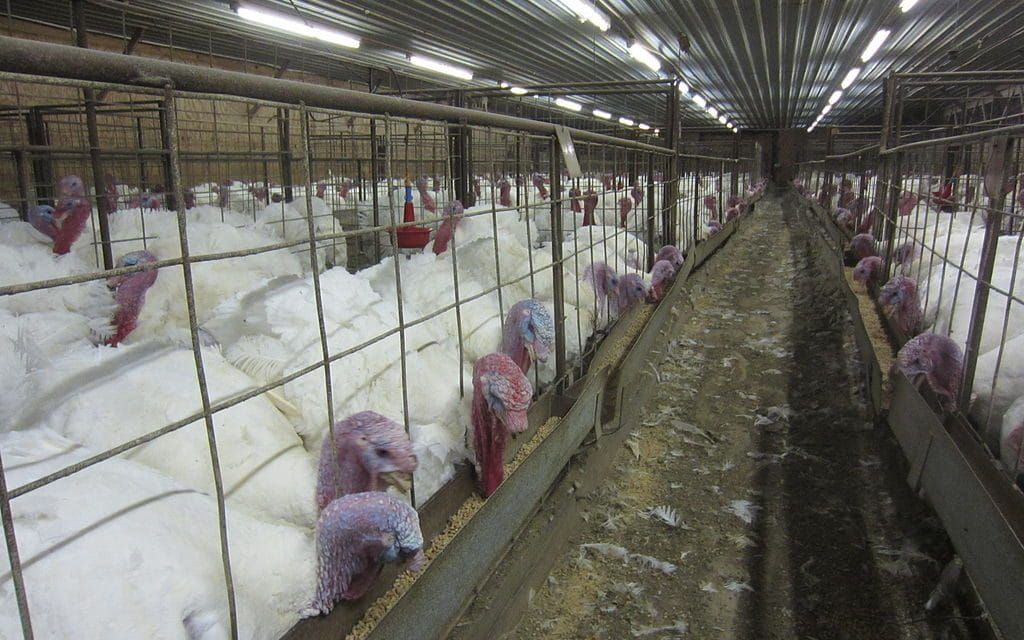 Animals in Iowa just got a little safer.

A law was struck down that would have made it illegal for a person to get a job at a livestock farm, slaughterhouse, or puppy mill with the purpose of conducting an undercover investigation on animal welfare, environmental health and safety, or working conditions. A person doing this type of work could have faced up to two years of jail time.

This “ag gag” law was passed in 2012 and supported by the livestock industry. A federal judge found the law violated the First Amendment right to free speech.

Challengers to the the law were the ACLU of Iowa, the Animal Legal Defense Fund, PETA, and Bailing out Benji, as well as others.

Animal Legal Defense Fund Executive Director Stephen Wells said in a statement, “Ag-Gag laws are a pernicious attempt by animal exploitation industries to hide some of the worst forms of animal abuse in the United States.”

Since the law went into effect in 2012, no undercover investigations have been conducted. However, investigations in the past have revealed Iowa workers throwing piglets onto a concrete floor and beating pigs with iron rods. Ag gag laws inhibit not only journalists and activists from conducting investigations, but also prevent other employees from reporting code violations, pollution, and cruelty.

The Iowa Attorney General’s office stated it is considering whether or not to appeal the decision. The Iowa Pork Producers Association said they would continue to fight, feeling the need to protect their production from those who would reveal what really goes on.

Laws in other states banning undercover work for animal cruelty have also been stuck down. Idaho, Utah, and Wyoming all passed similar legislation that failed to stand up in federal court. North Carolina is currently defending yet another attempt to stifle activists’ work for animals.

But the precedent has been set that undercover work is legally protected, and as ag gag laws fail in court again and again the hope is that the livestock industry will no longer be able to use this type of legislation to prevent the truth about conditions to get out.

Although this doesn’t end the suffering of the thousands of animals suffering in factory farms and puppy mills right now, it is a positive step moving forward. Those with the best interest of animals, the environment, and communities at heart have the ability to bring transparency and awareness in the future.