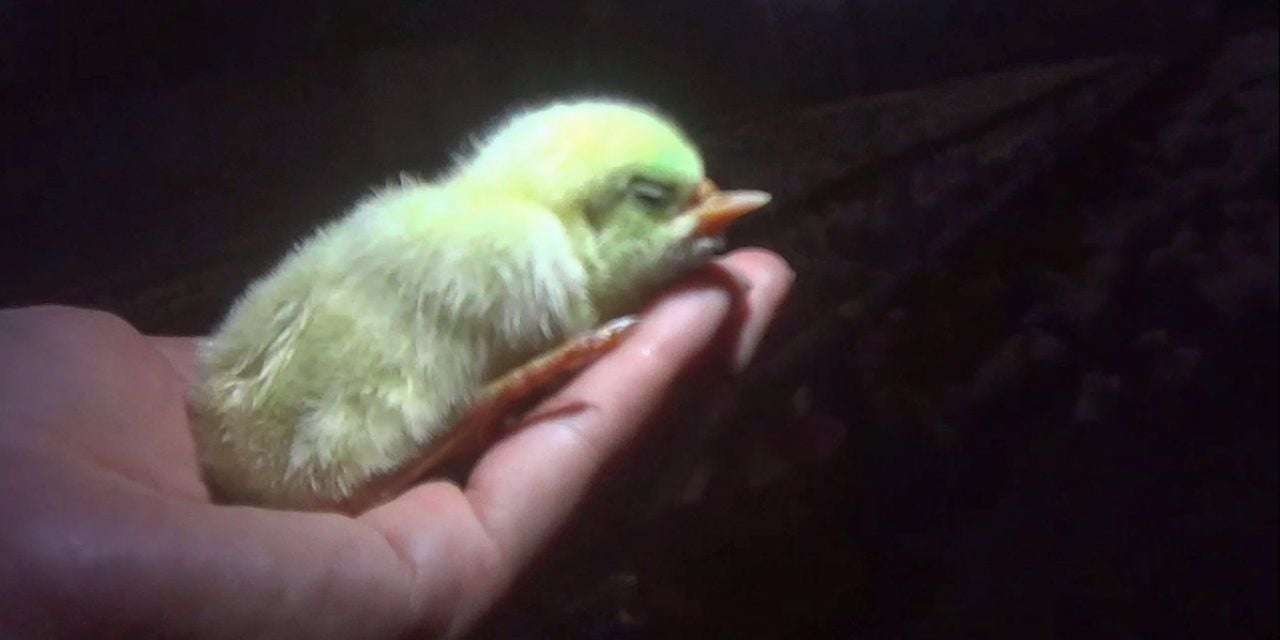 Tyson, the largest poultry producer in the United States, has been exposed for torture of chickens yet again.

New footage of a Tyson supplier captured by an undercover investigator for Compassion Over Killing (COK) reveals workers impaling live chicks with nails attached to pipes, throwing birds around, running over and killing birds with a forklift, and throwing sick birds into buckets of dead ones to painfully die themselves.

The video also shows leg deformities suffered by many of the birds, who are morbidly obese due to genetic engineering that makes them grow to full size within 45 days of hatching.

The investigator worked at Atlantic Farm in Temperanceville, Virginia, for six weeks, and recorded rampant abuse and torment at the facility, which houses over 225,000 birds.

Following the release of the video, 10 employees were fired from Atlantic Farm. Tyson has also reportedly terminated its contract with them and removed all of their birds.

Tyson boasts about its commitment to humane practices, and states that it follows the “Five Freedoms.” These include:

The video unveils the truth, however. With so many birds crammed into a tiny space, many die of starvation and thirst because they’re unable to reach food and water. With their legs breaking beneath their abnormally heavy weights, the birds are clearly in severe discomfort, with many enduring excruciating pain, injuries, and disease. Allotted less than a square foot of space each, they are in no way able to express normal behavior. And freedom from fear and distress is impossible for a bird being slammed against a wall or brutally beaten to death.

This is the second time in just over a year Tyson suppliers have been caught on video blatantly torturing the animals. In 2016, nine employees were convicted of 24 counts of animal cruelty in Virginia.

Tyson continues to mislead customers, most of whom are unaware of the horrible cruelty that goes on behind closed doors. However, with footage exposing what’s really happening, people have the choice to let the abuse continue or to stop supporting a company that promotes it.

“Our hidden-camera footage uncovers the egregious and systemic horrors Tyson allows its birds to endure behind closed doors,” said COK Executive Director Erica Meier. “It’s time for Tyson to be a true leader by tackling the most pressing issues in its industry today by immediately ending the genetic manipulation of birds for rapid growth and expanding its investment in the consumer-driven future of food: plant-based proteins.”