Interview: Nafsika Is Bringing Plant-Based Goodness to the Mainstream 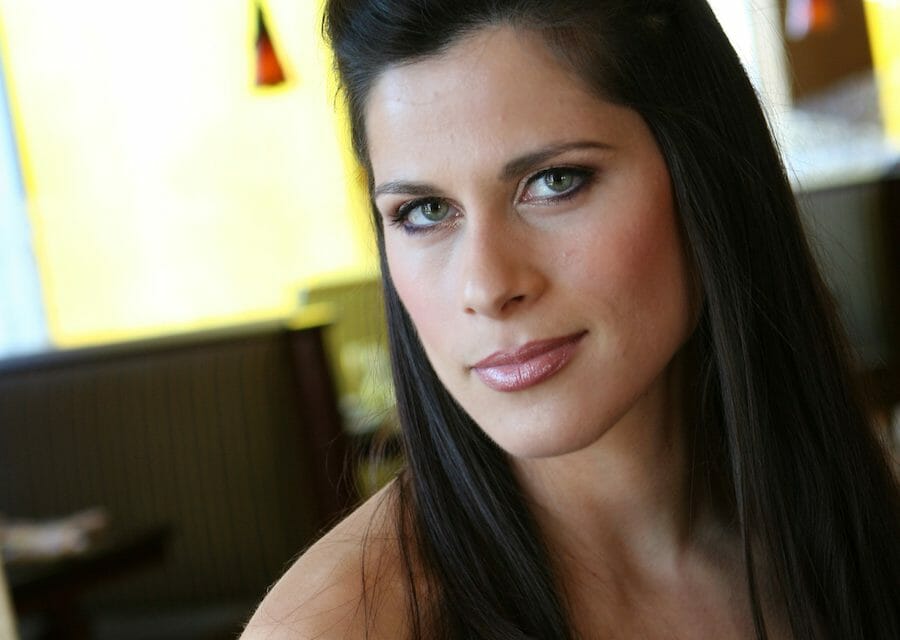 Nafsika Antypas is the first person in the world to bring a vegan lifestyle show to mainstream television. In fact, Plant-Based by Nafsika is doing so well, it’s gearing up for a third season, set to debut on the on the FYI channel, part of the A&E (US) Network, on August 22 (Thursdays at 7:30am).

Pair that with her career as a lifestyle coach and plant-based cheesemaker, and it’s clear this vegan-preneuer has a lot piled onto her (healthy, cruelty free) plate.

I talked to Nafsika about her motivations, projects and success in bringing plant-based inspiration to households across the globe. Here’s what she had to say:

Nina: Thank you for talking to me today! To start, what first drew you to the plant-based lifestyle?

Nafsika: I was actually nursing my baby a few years ago, flipping through shows on Netflix. I came across this documentary called “Vegucated” about three people who took a three-week vegan challenge. It just opened my eyes to the animal industry that surrounds food.

I remember right then and there, I made a connection between me nursing my son to a cow and her calves. Basically, “That’s my baby’s milk.” It really resonated in me. I decided to start researching vegan recipes online that night and the next day, I was vegan and so were my kids. I just started cooking vegan. That was it.

Nina: Wow. So you just quit cold “Tofurkey!”  When did you figure out that you also wanted to help other people discover veganism?

Nafsika: The following year, I started thinking, “Wouldn’t it be cool if there was a show out there that helped people like me transition more easily, more efficiently, especially for those that are struggling?”

I knew there were a lot of cooking shows that touched on some vegan food and then eventually, they started to be vegan cooking shows. But I wanted to do a lifestyle show, to just talk about the lifestyle itself.

So I came up with the idea, and then found a producer in New York and met his team, and we pitched it to a few networks. They all liked it, but we decided to go with A&E.

Nina: That’s amazing. What has the response been like from the public?

Nafsika: It’s been very positive. At the beginning I must say, I wasn’t advertising it too much. I was keeping it on the down low, because it was the first vegan show, it was my first show. I didn’t know what the reaction would be, so I wasn’t talking about it too much until season two.

But there was a good reaction. The network was pleased, so we continued and we’re still continuing now with a third season, which is, of course, picking up a lot more momentum. And now I’m telling everyone about it!

Nina: A lot of your audience must be non-vegan, right?

Nafsika: Yes, absolutely. My show is definitely not directed to just vegans. I want to target anyone who is looking to be healthier and live a more sustainable, ethical lifestyle. It’s a growing movement, but I’m trying to target younger families that are looking to start eating better and get their kids on a healthier diet.

It’s about the whole lifestyle. I’m featuring all kinds of vegan and cruelty-free fashions and beauty products, and of course, different types of vegan food and veganized food. A lot of non-vegans are watching my show, which is absolutely amazing.

Nina: That’s terrific. You mentioned the health benefits; what are some of those benefits that you’ve experienced?

Nafsika: Well, I would say you definitely feel healthier — you feel lighter, your skin starts to glow. You start to lose any blemishes that may have been caused by dairy. A lot of people ask me, “How did your hair grow so long?” Well, it’s because I’m eating plant-based whole foods, so my hair is growing beautifully long very, very quickly. And my nails, too. Knock on wood here, but I also don’t get sick.

Nina: What would you tell someone who wants to try a plant-based diet, but doesn’t really know where to start?

My most popular program is the 6-week “Plant-Based Switch.” Because honestly, it’s best for you and your body to make it a smooth transition. But if you register now, you can get my Plant-Based Beginner’s class at no cost. All you need to do is click on the Free Training tab on my site and we will let you know when the class begins.

Nina: I know that a lot of people struggle with quitting cheese. But you’ve started a plant-based cheese line. Can you talk about how you created that?

Nafsika: Yeah. So I used to be a huge cheese lover and worried, “What will I do? I’m gonna miss my cheese!”

Personally, I had to go and start making my own cheese. There are plenty of recipes out there that you can easily make in a matter of minutes. But I find that if I’m going to help people go vegan, I need to give them something to get rid of that worry that they’re having.

I came up with Nafsika’s Garden. It was launched just last November, and it’s produced on the island of Crete in Greece. It’s made with coconut oil and free of all major allergens. There’s no soya, nuts, lactose, gluten, anything like that.  It’s very kid friendly, as well. So it’s a brand of choice when it comes to dairy-free cheese or cheese alternatives.

My products are now available nationwide in Canada in all the big chains, including Walmart. We’re heading over to the U.S. very soon, and I’m very excited about that.

In fact, there’s a lot planned for the future. I’m always looking for new projects; I love collaborating with other people too, and helping everyone transition into this lifestyle more easily. I want to help the world be a better, more compassionate place. That’s my purpose. That’s what I want to do.

To learn more about Nafsika’s Garden, vegan coaching and other projects, visit www.plantbasedbynafsika.com

And be sure to catch season 3 of Plant-Based by Nafsika! Tune in for an interview with me, Lady Freethinker founder Nina Jackel, on Thursday, August 29, 2019 at 7:30am.