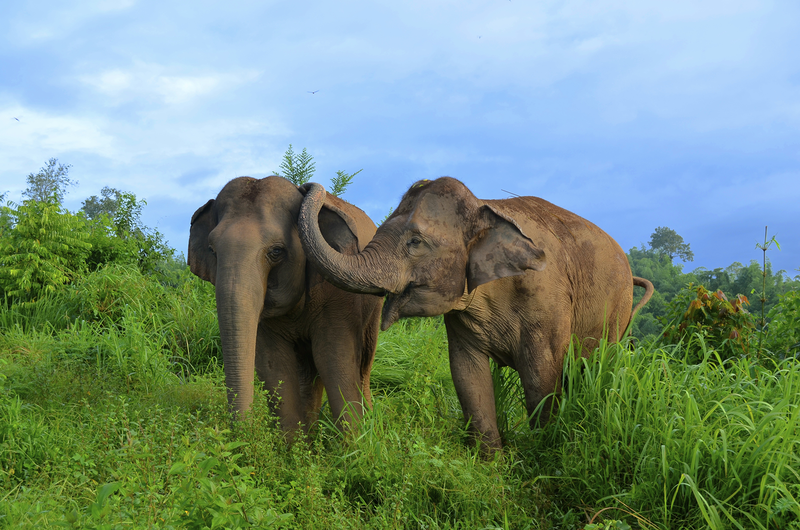 In a heartwarming display of compassion and generosity, Mohammad Akhtar  — animal lover and chief of nonprofit organization Asian Elephant Rehabilitation and Wildlife Animal Trust — is donating his Bihar, India property to two elephants. The benefactor’s decision comes following the tragic death of a pregnant elephant in Kerala, who wandered into a residential village and ate an explosive-filled pineapple.

Moti and Rani, the elephants Akhtar bequeathed his land to, are lifelong residents of the property and considered part of the family.

“I gave my 6.25-acre land to the two elephants to ensure that when I am not alive, the animals do not suffer hunger,” Akhtar told the India Times. “I have lived with them since my childhood. The two are my family members.”

Moti even saved Akhtar’s life once when he alerted him to the presence of an armed burglar.

“One day, while I was asleep there, I was woken up by Moti’s roar,” he explained. “I saw one man pointing his gun just outside the window. I ran away to save my life.”

The 50-year-old landowner suspects that his own relatives were involved in what he believes was an attempt to murder him and smuggle Moti and Rani into the illegal wildlife trade. He ended up gifting his land to the two elephants despite fear of backlash, including potential death threats from estranged family members.

Akhtar strongly advocates strongly for increased elephant protection and believes that if the government does not intervene soon, these majestic animals will become extinct.