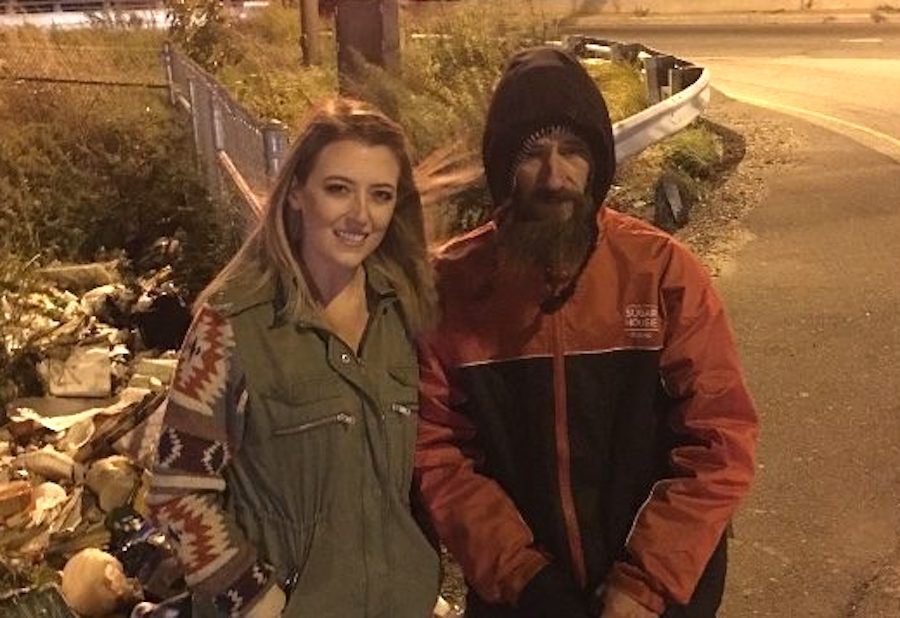 After using his last $20 to buy gas for a woman stranded on the side of the interstate, homeless man Johnny Bobbitt Jr. has been able to buy his own home with the money raised by the grateful motorist.

Twenty-seven-year-old Kate McClure of New Jersey was heading home late one night in Philadelphia when she ran out of gas. Mr Bobbitt, a former Marine veteran and certified paramedic, happened to be in his usual spot on the side of the highway. Concerned for Kate’s safety, he instructed her to return to her vehicle and lock the door. According to Kate, Johnny walked to a nearby gas station and used his last $20 to buy her fuel.

Unable to pay him back at the time, Ms McClure continued to visit Johnny over the next few weeks, paying him back for the gas and giving him warm clothing, food and water. Feeling she wanted to do more, Kate set up a GoFundMe account to support him in renting an apartment and cover living expenses while he searched for a job. On the fundraising page, she stated, “I truly believe that all Johnny needs is one little break. Hopefully with your help I can be the one to give it to him.”

This ‘pay it forward’ fundraiser was wildly successful; Mr Bobbitt has now purchased a new home and a vehicle. Additionally, two trusts have been set up in Mr Bobbitt’s name to ensure his continued wellbeing. Kate also states that Johnny would like to ‘pay it forward’ himself by donating to the people and organizations that have helped him out over the last few years.

In 2016, there were reportedly 564,708 homeless people in America; 8% of this number (about 47,725 people) were veterans. Research shows that disabilities resulting from deployment, or mental health problems such as PTSD, depression and anxiety, can contribute to homelessness for these vets.

Returning veterans have twice the chance of becoming chronically homeless as any other American, and women veterans are four times as likely to become homeless as males.

To find out more about homelessness in America, and what you can do to help, visit The National Alliance to End Homelessness.