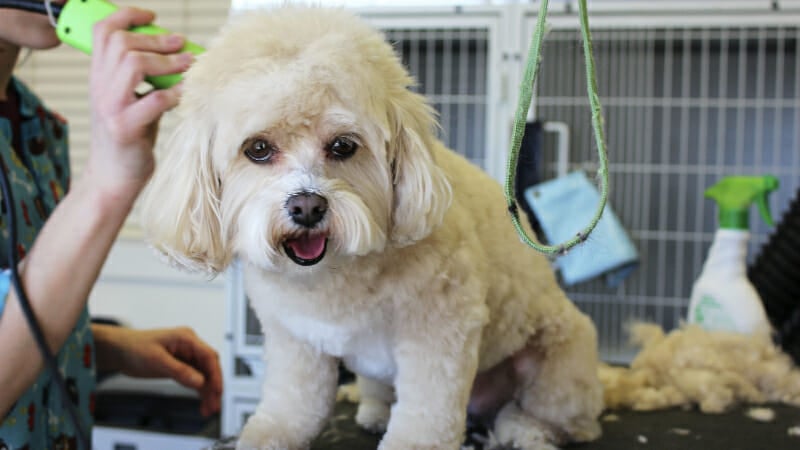 On Wednesday, a pet cafe opened in South Korea where a notorious dog meat market once stood, replacing the former slaughterhouse with an animal-friendly playground, pet hotel, pet salon, and cafe.

Located in Busan’s Buk District, the new facility offers customers opportunities to interact with, pamper, and learn about dogs and other companion animals through its various services, including an educational program that offers courses like homemade treat-baking lessons.

Inspired by a shared community vision of a pet-friendly environment, the cafe stands in stark contrast to the Gupo Dog Meat Market, which sold chilled dog meat and offered up a live selection of ‘kill-to-order’ canines for six decades. Once South Korea’s second-biggest dog meat market, the horrifying establishment finally closed in 2019 after years of arguments between activists, authorities, and dog meat vendors.

The opposing parties finally reached an agreement through an open dialogue, as Gupo Dog Meat Market owners agreed to leave the gruesome industry for other jobs in exchange for financial support while they transitioned into new lines of work. Eighty dogs were rescued from the market and put up for adoption as part of the negotiated closure.

While replacing the Gupo Dog Meat Market with a pet-friendly cafe reflects the shift in South Korea’s general attitude toward companion animals, millions of dogs are still dying for their meat every year. If you haven’t yet, add your name to the fight against this horrifying and cruel trade by signing Lady Freethinker’s petition calling for an end to all dog meat farms in the nation.