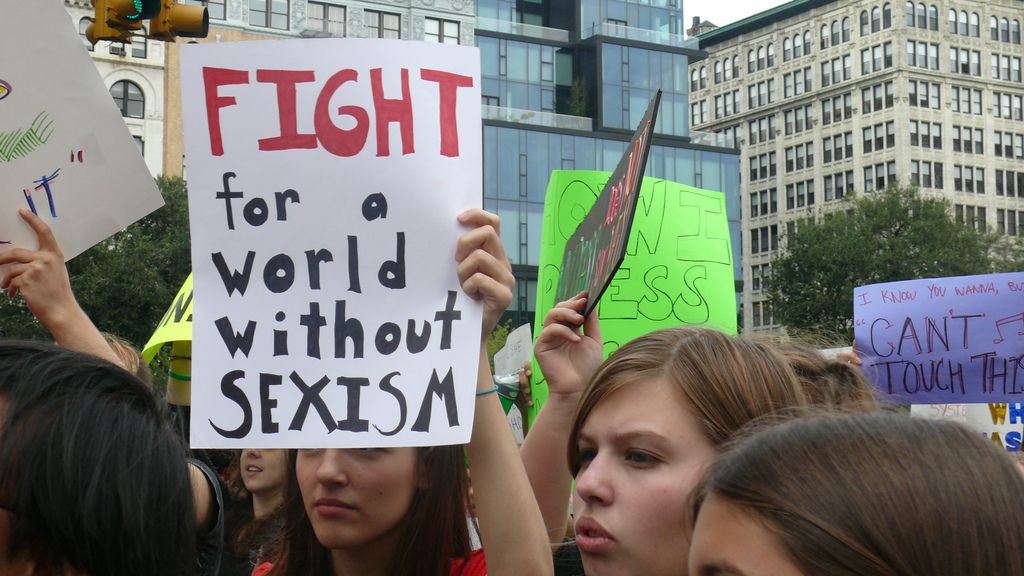 Stopped for violating highway code, a man ended up with a conviction for a different crime when he called a female police officer a “dirty whore” and told her that her job did not suit women. The first person to be convicted under the sexism law that was enacted in Belgium in 2014, he faces a €3,000 ($3,725) fine for his comment. He didn’t show up in court for the hearing, and if he fails to pay the fine, faces up to one month in jail.

The #MeToo and #ImWithHer movements have brought to light just how entrenched and prevalent sexism is in the United States. But we are by no means alone with this problem nor are we the most proactive country in dealing with it. Though the 1964 Civil Rights Act prohibits workplace harassment and discrimination, there is not yet a law that would protect women in public places.

Belgium’s law was a response public outcry after a documentary, Femme de la rue, was released showing the extent of abuse women encountered on the streets. Thanks to the legislation, it is now a crime to “make a gesture or statement that is clearly intended to express contempt for one or more people of a different gender on the basis of their gender or to make them appear inferior or reduce them to their sexual dimension in a way that constitutes a serious attack on their dignity”.

Belgium even has an Institute for the Equality of Women and Men, a public institution that promotes gender equality. They said in a statement “The educational role of this law is essential to achieve change attitudes and behaviors.” The hope is that the law will raise awareness of sexism and encourage all people to act appropriately.

France is also attempting to tackle sexual harassment in the streets by enacting a law that will fine anyone 90 euros ($110) for sexual remarks of gestures in public. Portugal as well has enacted a law to help protect women from unwanted sexual comments. A fine, community service, or jail time for up to a year are all possible consequences for verbal abuse.