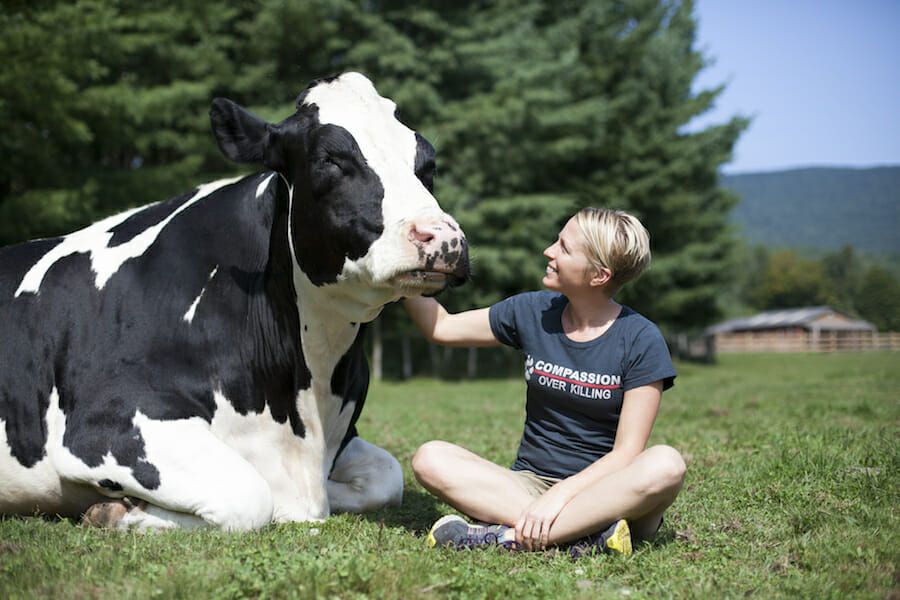 As women from all over the globe, from Hollywood actresses to businesswomen, are starting to speak up about the sexual harassment and abuse they’ve been subjected to for years, the #metoo movement is continuing to shine a light on gender discrimination throughout all career paths and industries. Unfortunately, the animal rights and welfare movement is not immune to these very same problems, as discussed in a statement released by Compassion Over Killing (COK) Executive Director Erica Meier this week.

“Whenever individuals don’t feel safe or comfortable enough to fully engage in their work or related activities, our ability as a movement to bring about lasting and meaningful change is undermined,” said Meier in a statement. “Harassment or other forms of discrimination disempower individuals and ultimately harm the animals that we are all here to serve.”

COK is admirably leading the way forward with this issue and have a zero-tolerance policy that covers all staff, including interns and volunteers. They provide compulsory sexual harassment training and encourage an open culture “free from harassment, prejudice and threats.”

Meier told Lady Freethinker: “Compassion Over Killing is a female-led and mostly female-driven farm animal protection organization, so we know first-hand the many challenges women face in our movement. And we’ve seen the harm caused by our movement’s silence on this topic: it has created a dysfunctional culture in which many women — each one an intelligent, creative, and passionate voice for animals — have been driven out or have chosen to leave the movement in order to find a more supportive environment. This culture not only goes against the many values we espouse in our mission-driven work to seek the truth, fight for justice, and extend compassion to all, but it ultimately damages our ability to elevate all of our voices for animals and sets back the progress we have achieved. Women deserve better. Animals deserve better. They need as many voices speaking up for them as possible.”

As a woman-led organization ourselves, we at Lady Freethinker are 100% on board with those sentiments. Thank you, Erica, for speaking out on a tough topic that we can no longer ignore.