Home » Animals » Firemen Wade Through Frozen Lake to Save Dog Who Fell Through the IceBy Haley Jones Glover | January 3, 2018 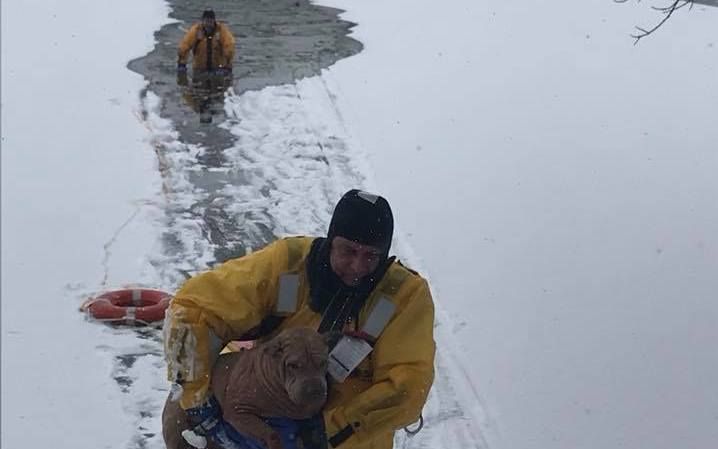 On Saturday morning, firefighters of Station 18 in Oaklyn, New Jersey, received a 911 call regarding a dog who fell through ice.

The Shar Pei, identified as Lilly, was seen by bystanders walking along the thin ice of a lake when the the ice broke, plunging her into the frigid cold waters beneath. 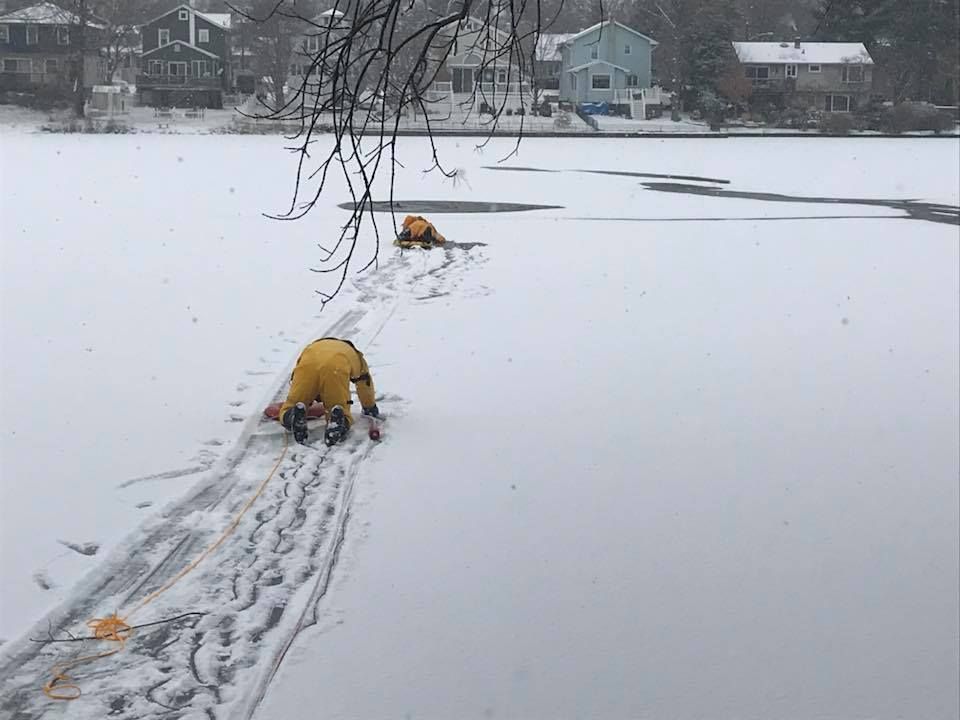 Volunteer firefighters hurried to the rescue. Two firemen crawled atop the frozen lake towards the hole Lilly had fallen through, bringing with them a sled with ropes attached. Eventually reaching her, the rescuers got into the frigid water themselves and put Lilly on the sled, wading alongside the cold pup as the sled was pulled to shore. 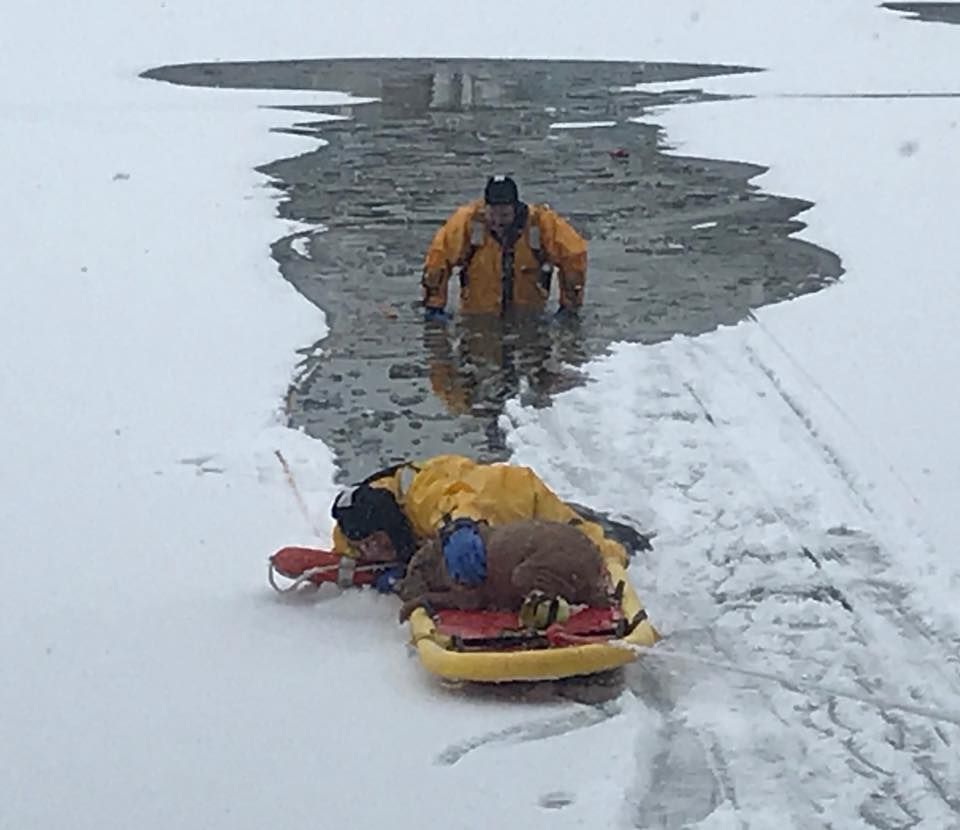 Once they reached a safe spot, one of the firefighters carried Lilly the rest of the way. 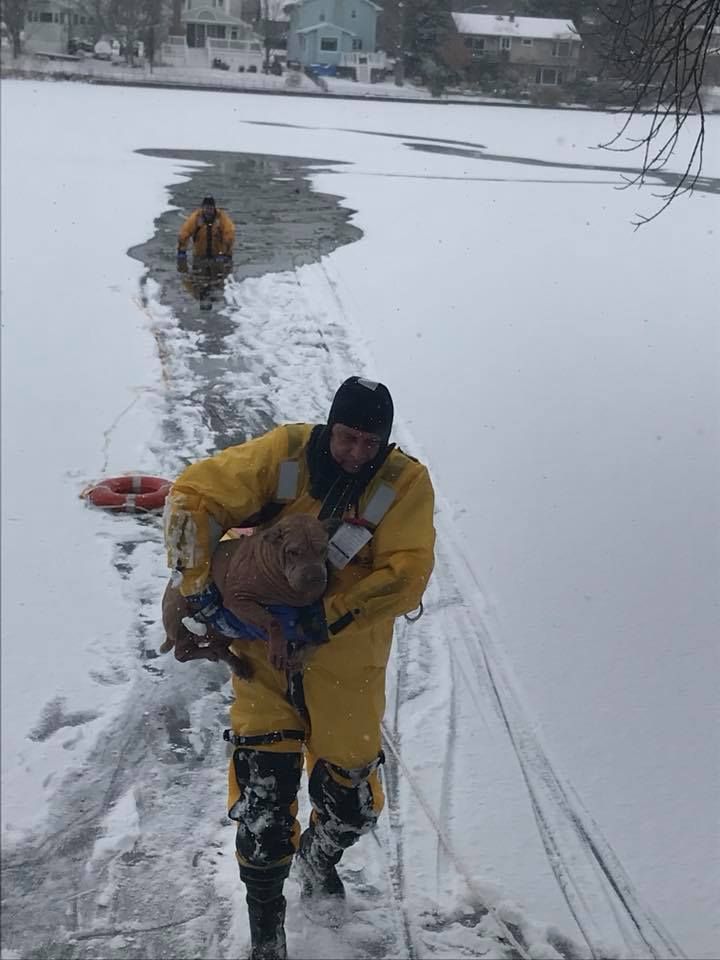 Lilly was happily reunited with her owner shortly after the incident.

Though it was a holiday weekend, the firefighters of Station 18 in this small New Jersey town were busy as ever. Just hours before Lilly’s rescue at 7:45am, the team had been called about a backyard chicken coop that had caught fire. The fire was reportedly started by a heating lamp the owners used to keep their fowl cozy in the below-20-degree weather.

Both rescues ended happily for human and animal, as no chickens, dogs, or people were injured that hectic day.