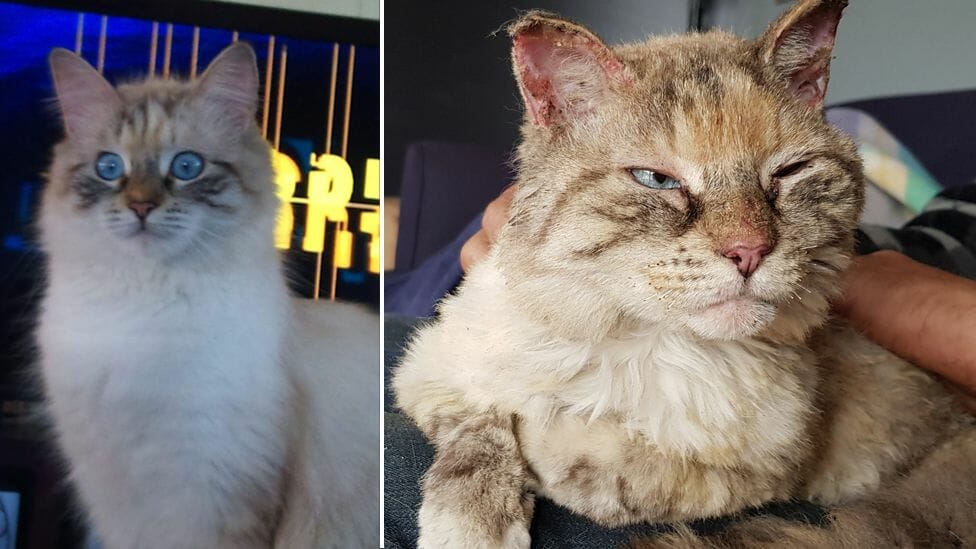 Angel before the fire and after her incredible escape. Image Credit: Reddit/Bozwoggle

Amid the devastation of the raging Australian bushfires, one fortunate family is amazed and delighted by the return of Angel, their pet cat who ran away over a week ago as her guardians’ house burned to the ground.

Ben Symonds and his family thought they lost both of their two pet cats, Angel and Mickey, when the felines disappeared from their burning home in Bega Valley, New South Wales. They ran into nearby bushland.

“We had to leave them when the fire descended whilst we were packing to evacuate,” Ben posted on Reddit. 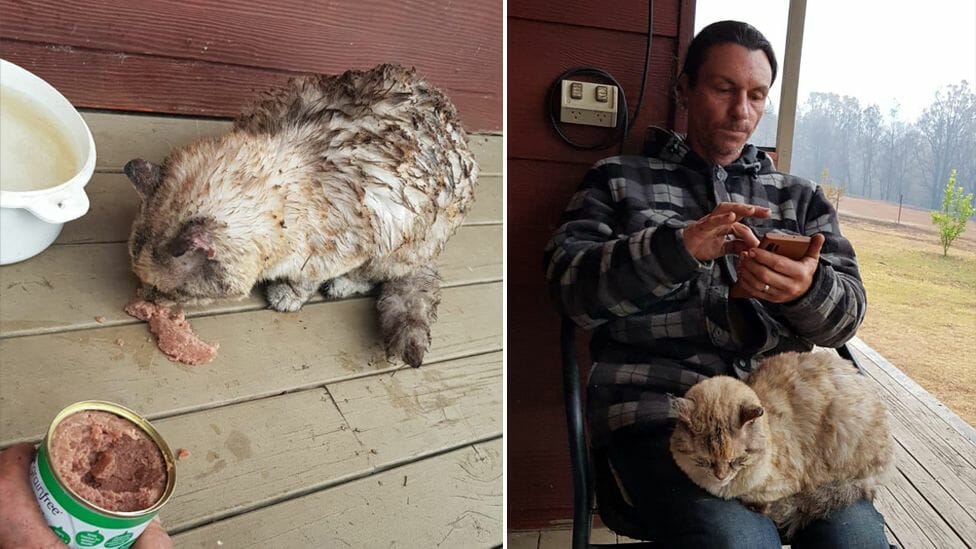 After fighting the flames, which destroyed most of their property, the Symonds family searched for their beloved cats, tempting them with food. When their efforts failed, the family accepted the awful reality that they’d probably never see them again.

Seven days later, however, Ben and his family discovered Angel in a ditch close to their burned down house. They believe she survived by hiding in a wombat hole to escape the fire. Luckily, she wasn’t severely injured but did suffer scorched fur, ears and whiskers.

“Our cat came home after missing in the fires for seven nights,” Ben wrote. “She’s burnt but should live. We thought [she was] lost when the fire consumed most of our property. Best feeling ever to walk out and see her alive.”

“It’s an amazing feeling after we accepted her loss,” he added. “Her ears are the only things that really got injured, her feet are not even burnt, she’s happy and super cuddly.”

Symonds recently reported that Angel is now “almost back to normal.” Since Angel managed to survive in the bush for so long, Ben and his family are hoping that Mickey will also return soon.