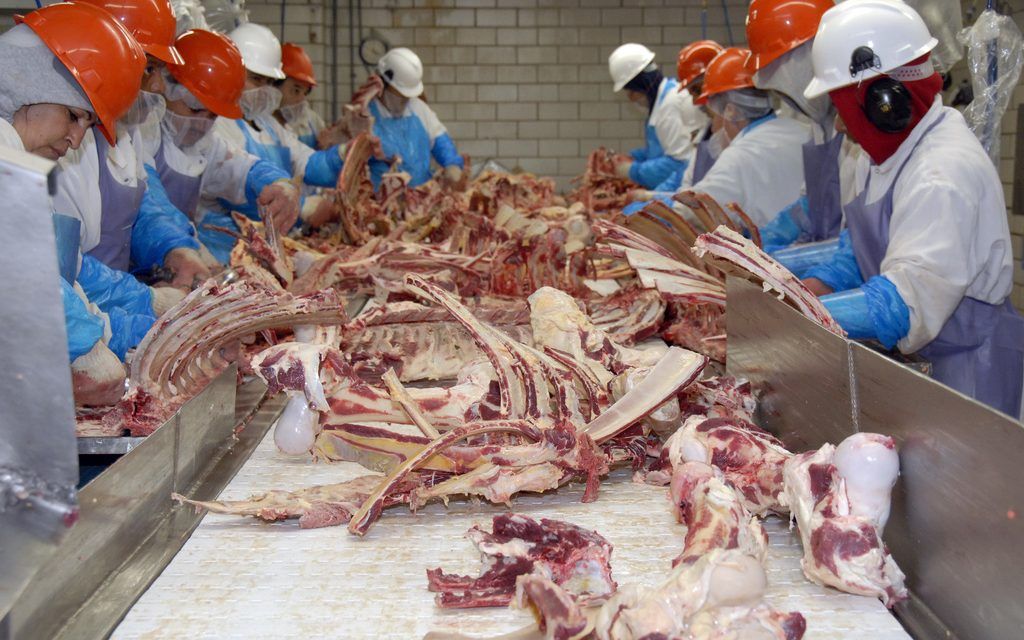 With the proposed Modernization of Swine Slaughter Inspection rule still under debate, experts are concerned that these shocking rates of injury will only rise. While a coalition of animal advocacy organizations — including Lady Freethinker — is speaking out against this high-speed slaughter program on behalf of both animals and workers, the terrible plan is still on the table. If it becomes reality, it will see 1300 pigs processed every hour, putting pressure on employees to maintain speed while compromising on food safety inspections, animal welfare, and worker health.

One meat plant worker has begged the USDA not to go ahead with the proposed high-speed slaughter system.

“Every co-worker I know has been injured at some point,” said Eric Fuerstenberg. “I can attest that the line speeds are already too fast to keep up with. Please, I am asking you not to increase them any more.”

The changes would put the responsibility on plant workers themselves to check animal carcasses and control line speeds, whereas currently, FSIS inspectors are tasked with the job. Critics are concerned that the workers may be unwilling to slow down these line speed to perform thorough quality control and safety checks, as the emphasis from employers is on rapid production.

Clearly, slaughterhouses are hell on earth for the animals that pass through them, but the numbers show that it’s no picnic for the workers, either — many of whom are immigrants or refugees with limited job options. With increasing pressure for non-stop production of meat to accommodate a rapidly growing world population, it’s yet another reason to choose a plant-based diet for a more compassionate world.