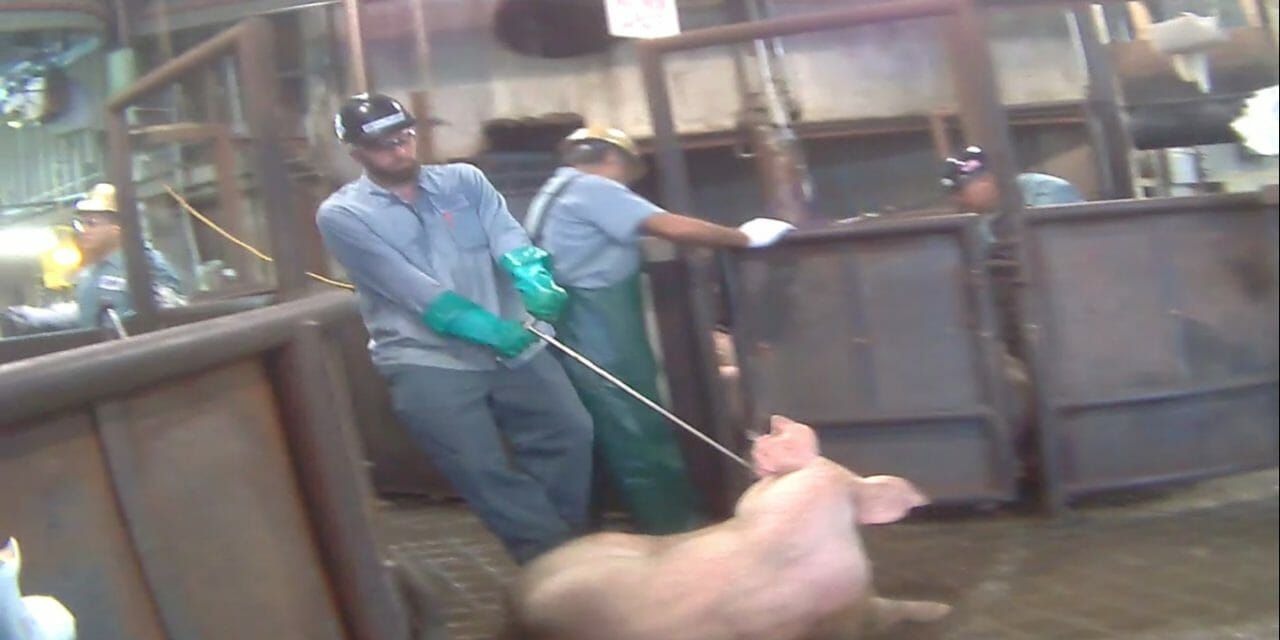 Lady Freethinker is among a coalition of 35 organizations speaking out against the proposed expansion of a dangerous high-speed pig slaughter program. The coalition is composed of animal welfare groups, environmental and sustainability organizations, and labor rights advocates, all united under the goal of ceasing a program that increases cruelty to animals, harms workers, and poses an enormous public health and environmental threat.

The so-called Modernization of Swine Slaughter Inspection would slash regulation and allow slaughterhouses to kill at the reckless pace of roughly one pig every five seconds. At this breakneck speed, animals are often pushed through the line too quickly to be properly stunned, and suffer tremendously as they endure slaughter fully aware and conscious.  Not only does this system hurt pigs, but it jeopardizes the safety of plant workers who struggle to keep up with the rapid speed in an industry already shown to be one one of the most dangerous workplaces in America. The increased slaughter also poses a large environmental risk, as swine slaughter increases nitrogen, phosphorous and ammonia levels in the water supply.

The coalition appealed to the U.S. Department of Agriculture in a letter sent to Secretary of Agriculture Sonny Perdue and Acting Deputy Under Secretary for Food Safety Carmen Rottenberg. The letter details findings from an investigation by animal advocacy group Compassion Over Killing, in which an investigator witnessed firsthand the animal cruelty and safety concerns of high-speed slaughter.

The letter notes that COK’s operative saw “plant employees, under pressure to keep up with the facility’s high operating speeds, dragging, kicking, beating, and excessively shocking pigs, as well as numerous instances of improper stunning and slaughter.”

Lady Freethinker and other coalition members hope to stop this terrible program in its tracks — and you can help. Please sign COK’s petition on Change.org, and then click here to leave a comment to the USDA urging them to withdraw this dangerous proposal that would only serve Big Agriculture while harming animals, workers and consumers.