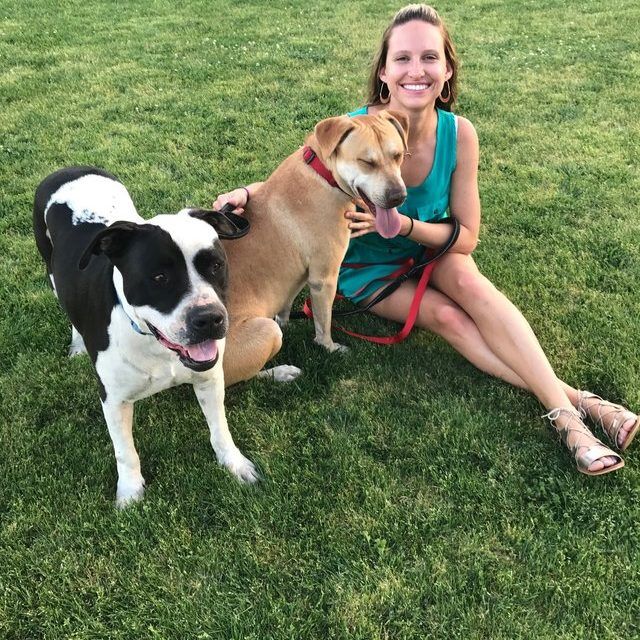 In June of 2015, a pit bull mix wandered  into a Compton, California firehouse. The firefighters could see that the dog, named Petey, was young, hungry, and afraid, so they took action to help him. 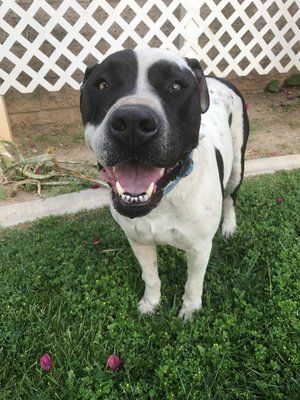 A year later, the same firefighters found another dog in need of help at an intersection in Compton. Lucy, a young yellow labrador mix, was picked up in a shiny firetruck and brought back to the firehouse, where the firefighters contacted Chews Life once again. 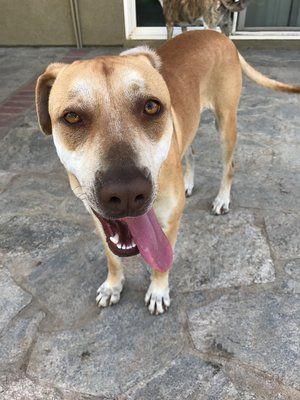 The same paramedic who had fostered Petey took in Lucy as well, and the two dogs immediately bonded. 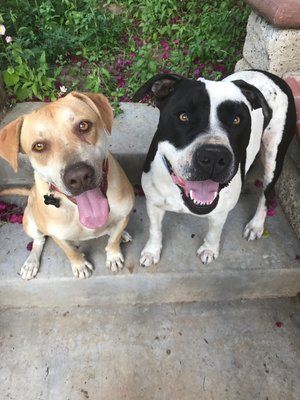 After a year of living together under the foster care of the paramedic, the canine friends had to find new living situations. Lucy was sent to another foster home, and Chews Life volunteer Brittany Williams stepped up to foster Petey.

Although he missed his friend, Petey flourished at Williams’ home. He was treated to delicious food, began learning ASL commands, and made another best friend — Williams’ other dog, Foxy! 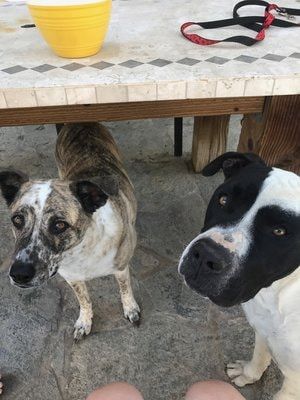 Petey will have to live with this condition for the rest of his life, meaning he is no longer eligible for adoption. He will have to go to frequent vet checkups, undergo surgeries, and be administered medications. Luckily, Williams is up to the task, and has pledged to become Petey’s forever foster mom.

Despite his ineligibility for adoption, Chews Life invited Petey to be the guest of honor at a recent photo shoot for their adoptable dogs! Not only did Petey get to socialize and pose for adorable photos,  but he was reunited with a familiar face from the firehouse: his old friend, Lucy.

The two pals clearly recognized each other, greeting each other with sniffs and tail wags. 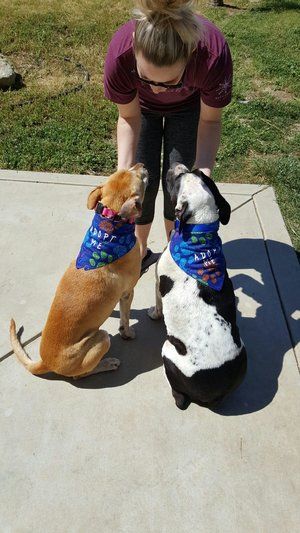 In addition to her joyful visit with Petey, the event brought Lucy the good news that every rescued dog dreams of: she finally found a forever home with her new adoptive dad, a dog lover named Arthur Four. Lucy also gained a new friend in Arthur’s chihuahua.

Though Petey and Lucy were found terrified and in desperate need of love, the firefighters who stepped up to rescue them ensured that both canine pals now live in caring, safe homes.

All across the United States, precious animals like Lucy and Petey are awaiting their forever homes. Please consider adoption when you’re thinking of adding a four-legged friend to your family, and give homeless pets like Lucy and Petey the happily ever after they deserve.