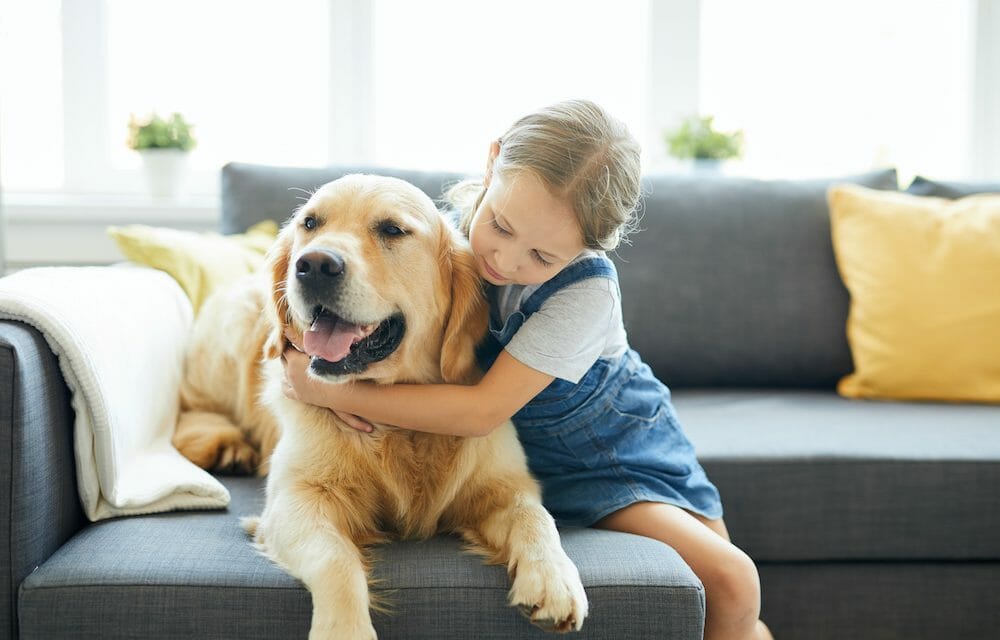 Having a dog around could help young children strengthen their social and emotional development, new research published in the Pediatric Research journal shows. Walking and playing with the family companion animal can have both physical and emotional benefits, even for children as young as toddlers.

Children aged two to five who live in a home with a dog were found to be 30 percent less prone to antisocial conduct than those from families who didn’t have a furry friend, and 34 percent more likely to participate in ‘considerate behaviors,’ such as sharing and cooperating with others, the University of  Western Australia and Telethon Kids Institute’s study revealed.

Previous research had found that pets can have a positive influence on school-aged children, but this new data reveals the benefits could start from very early on in childhood development.

“While we expected that dog ownership would provide some benefits to young children’s wellbeing, we were surprised that the mere presence of a family dog was associated with many positive behaviors and emotions,” said the study’s senior author Hayley Christian, an associate professor and senior research fellow in the Centre for Child Health Research at the university. “Our findings indicate that dog ownership may benefit children’s development and wellbeing and this could be attributed to the attachment between them and dogs. Stronger attachment between children and their pets may be reflected in the amount of time spent playing and walking together and this may promote social and emotional development.”

If you’re looking to get your child a new dog, please remember, to adopt and not shop.