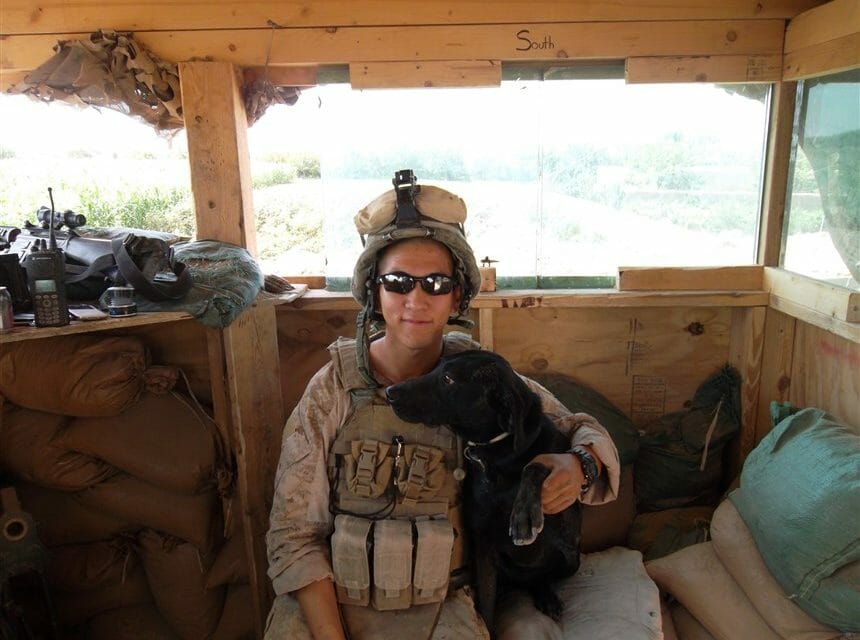 Blue, an 11-year-old black Labrador retriever who saved the lives of countless soldiers in Afghanistan, is now living happily with a marine who promised to adopt her when she retired from life as a military dog.

Trained to detect improvised explosive devices (IEDs), Blue accompanied her new guardian Byung “BK” Kang on over 300 combat missions from 2011 to 2012, while serving on a tour in the United States Marine Corps.

Blue discovered an IED on her first mission, and from that moment on, she gained the respect of all the grateful marines who could’ve lost their lives if the explosive wasn’t detected.

Indebted to Blue for saving his life time and again, Kang vowed to take care of Blue.

“I told her, ‘What you’ve done for me and my guys over here in Afghanistan, we cannot pay back,’” he said. “’So I’m going to give you a good home where you can cuddle all day, not worrying about going to war and finding bombs.’” 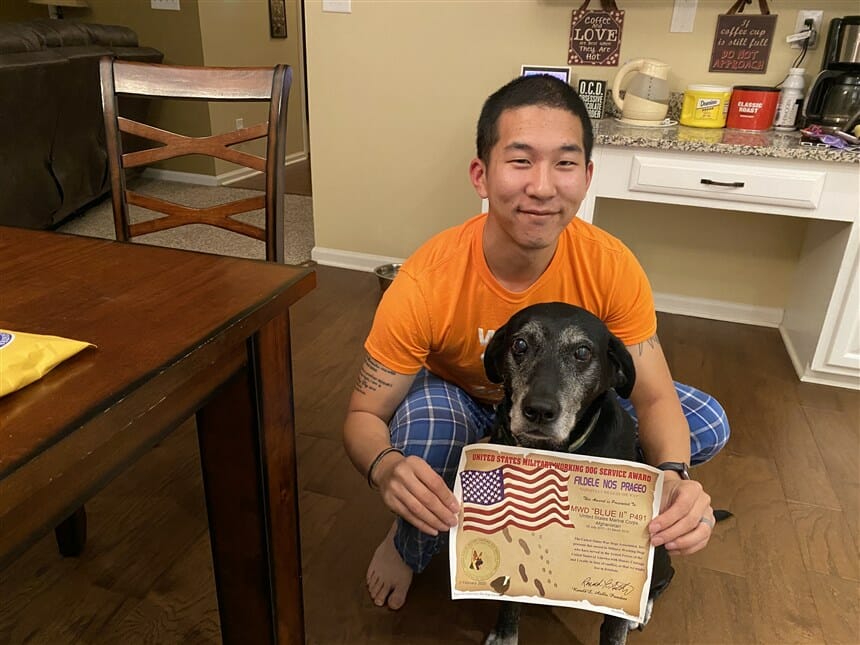 Kang lost touch with Blue when the tour ended and she was reassigned, but when Blue retired in 2018, Kang’s wife and ex-marine Wendy tracked her down using her service contacts, arranging for their family to adopt the dog.

“I did everything in my power to make sure that we could get Blue home,” she told TODAY. “After all the stories I’ve heard, I know for sure Blue is one of the reasons why BK is standing here with me and he’s alive.”

After being warmly welcomed into the safety of the Kangs’ loving family home in Georgia, where she enjoys cuddles with the other residents – five dogs, two cats and two children – Blue recently experienced a health scare.

Thankfully, Blue is okay, but the experience prompted the Kangs to put her forward for the 2020 American Humane Hero Dog Awards, and the brave canine is now a semi-finalist in the military dogs category.