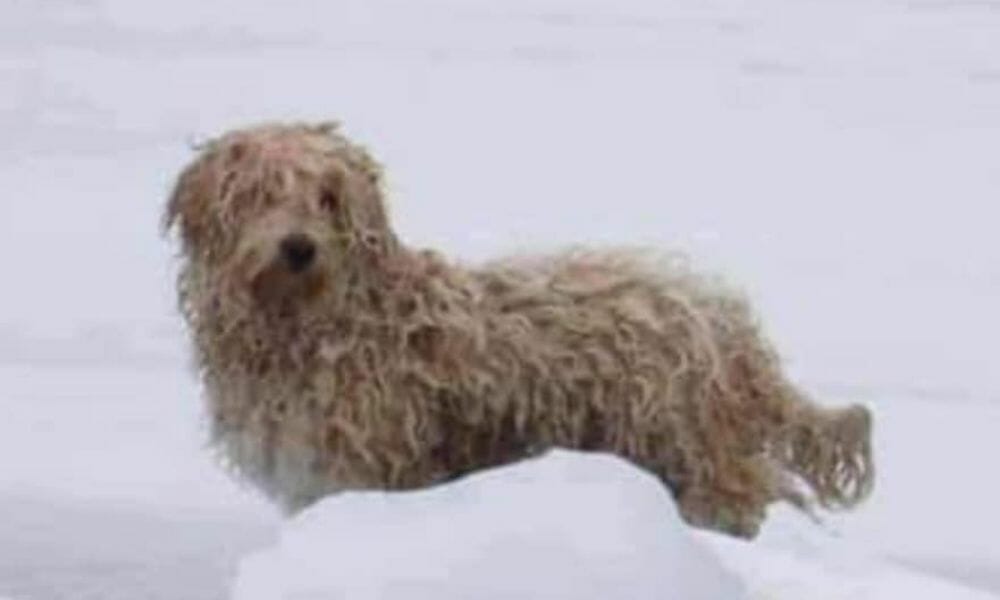 A former stray dog now named Alfonso escaped a near-tragedy in the frigid Detroit River and found a new forever home with the man who rescued him from his 4-day ordeal.

Alfonso survived freezing temperatures, frostbite, and run-ins with coyotes and eagles. He even fell into the river and climbed back onto the ice, according to a Facebook post by the Friends of the River Rouge Animal Shelter.

Jude Mead and his coworkers from the Ontario-based company J&J Marine borrowed an airboat from chemical company BASF Corp. and used it to rescue Alfonso, who suffered from frostbite on his paw pads but thankfully recovered from his brush with death.

The dog received medical care — and a new name — from the staff at Woodhaven Animal Hospital, where employees nicknamed him Miracle.

The resilient canine’s touching tale of survival went viral, causing an outpouring of adoption offers from the U.S. and Canada. After careful consideration, shelter staff decided that Mead was a perfect fit.

“In the end, and after a very careful, stringent, and thorough application process, which included a home visit as well,” staff said in a Facebook post, “it was decided that the man who saved Miracle was the very best fit for him.”

Alfonso joins his new guardian across the border in Canada, where he remains safe from the elements with the hero who rescued him.