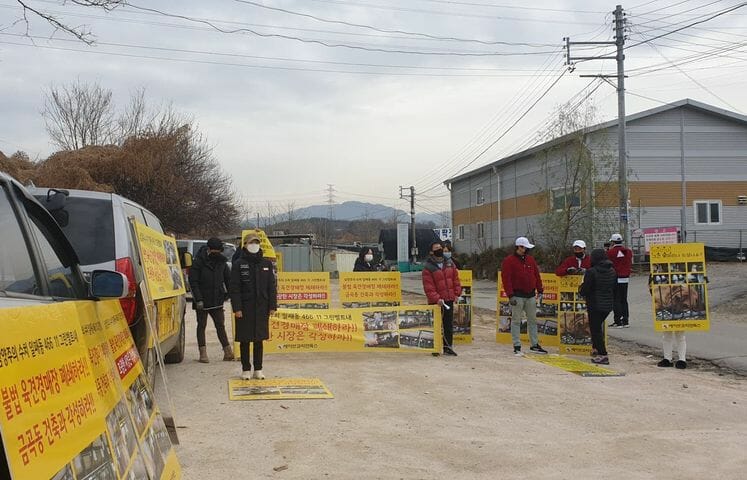 Following an undercover Lady Freethinker (LFT) investigation that exposed the torturous conditions dogs endure at Nakwon Auction House in Namyangju, S. Korea, a group of activists from LFT’s partner organization Save Korean Dogs (SKD) held a protest in front of the facility. Their signs and banners denounced the cruelty at this “auction house of horrors” and called for its immediate closure.

In October, LFT’s investigation — which took place over the summer during the Bok Nal “Dog Eating Days” — captured footage and images of hundreds of captive dogs sold for meat and breeding at the auction Auctioneers prodded the defenseless dogs with a metal hook as they cried in fear. Customers bid on the dogs’ lives, purchasing them for slaughter or to breed the next generation of dog meat trade victims. 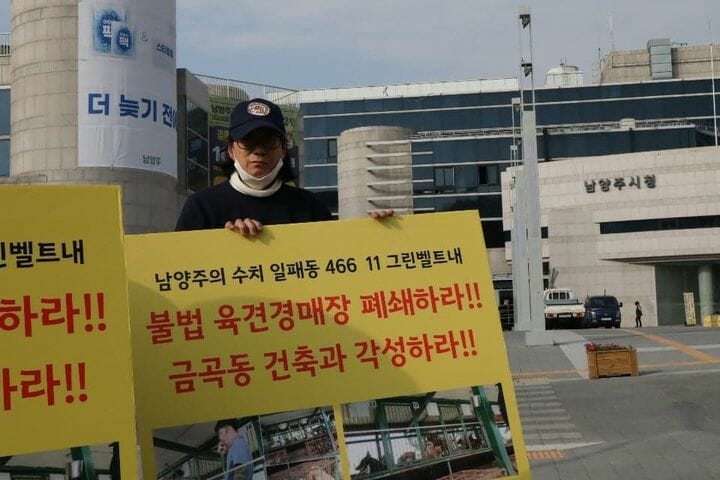 Citizens of all counties are allowed and encouraged to sign. The page is in Korean, but certain browsers, like Google Chrome, will translate automatically when they detect a foreign language. The blue button at the bottom of the petition translates to “agree.” Click that button, choose a social media account, and your signature will be added.

During the protest, activists discovered dog corpses lying around, slaughter tools used for dismembering the bodies, and even one dog eating a dead dog’s remains, according to nonprofit Save Korean Dogs. 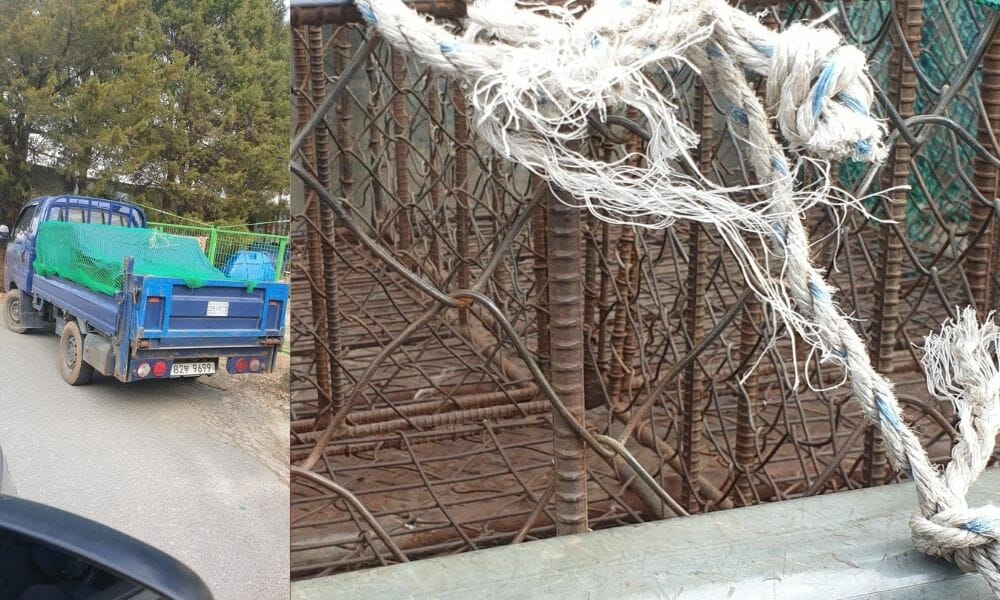 Despite the auction closing its doors that day due to the protest, Kim said trucks continued to arrive with strapped-down cages, apparently looking to purchase and transport captive dogs.

Save Korean Dogs rescued four dogs from a small meat farm next to Nakwon Auction House, according to Kim, including golden retrievers and poodles.

This must stop, and we will keep fighting against the cruel dog and cat meat trade until every single cage is empty.